Iloilo City is no doubt an amazing destination in the Philippines and there’s probably never a better time to explore this province right now; in fact there are several reasons to visit Iloilo.

If bumming on the beach, soaking up some great culture and tasting delicious food is your idea of a great time, visit Iloilo for your next vacation.

Iloilo is located in the central part of the Philippine archipelago and it is dubbed as the gateway to Southern Philippines. Iloilo City, the city capital of the province, is about an hour via air from Metro Manila and is within the route of major shipping lines.

Iloilo Province now dubbed as the “City of Love” takes pride in being the “Food basket and Rice granary of Western Visayas.” As a leading rice producer, Iloilo devoted 194.4 thousand hectares to palay in 1995 which yielded a harvest of 553.5 thousand metric tons. About 20,800 hectares are planted to corn and 17,000 hectares planted to sugar cane. Various legumes, root crops, cereals, fruits such as mangoes, pineapple and citrus are harvested in commercial quantities.

Iloilo is also known as the richest fishing grounds in the country. Its waters are filled with rich marine sources like tuna and blue marlin. Prawns, milkfish (bangus), shrimps and other popular marine varieties are cultured in fish farms. Marine natural resources are particularly abundant in the municipality of Estancia which has been called the  Alaska of the Philippines.

I’m going to share with you some of the amazing photos that will make you want to visit Iloilo. I have a feeling you’re going to look for cheap flights to Iloilo province and take your own trip there.

When most people think of Western Visayas, pictures of spectacular landscapes and stunning beaches come to mind. While those scenes are fairly accurate, the true magic of Iloilo is in the details – the places that will always be far better experienced first-hand than seen on TV or pictures.

Stay at Injap Tower Hotel by Hotel 101 in Iloilo City’s most centrally located hotel just right across SM City Iloilo, the biggest mall in the City.

Mang Inasal located at Robinsons Iloilo is the very first Mang Inasal Store in the country which was opened on December 12, 2003.

Nelly’s Garden is a national historical landmark by the National Historical Commision of the Philippines in 2004.

This stunning mansion was built in 1937, home of Angelicum School Iloilo.

National Shrine of our Lady of the Candles, seat of the Roman Catholic Archdiocese of Jaro.

First Major CSR project of the Injap Group of Companies and serves as the venue of less fortunate students to take advantage of scholarship grant.

Off-beat Guimaras– This is just a small sand bar in Suba Malawig, a mangrove area in San Roque, Nueva Valencia

Just one of the beautiful places we passed by during our Guimaras Island hopping in Brgy. San Roque, Nueva Valencia, Guimaras.

Guimaras Island hopping at its best. Finally toured a mangrove area, enjoyed meeting with the rock formations in our private island.

Avail the community based eco-tour of Barangay San Roque, Nueva Valencia and get high with Guimaras’ natural high.

Indulge your appetite in the spectacular view of Iloilo City from Guimaras Island and savor Farm’s tasty flavors and delicacies.

Sight seeing and Farm Tour at Balay nga Kawayan in Sibunag, Guimaras. Tell me how cool is that?

This photo reminded me of my topload experience in Sagada.

It’s a walk through time. It was such an amazing transformation compared to how it was before. That’s when I fell in love with the city of love.

Saint Anne’s Molo Church, declared as the National Landmark by the National Historical Commisiion of the Philippines. 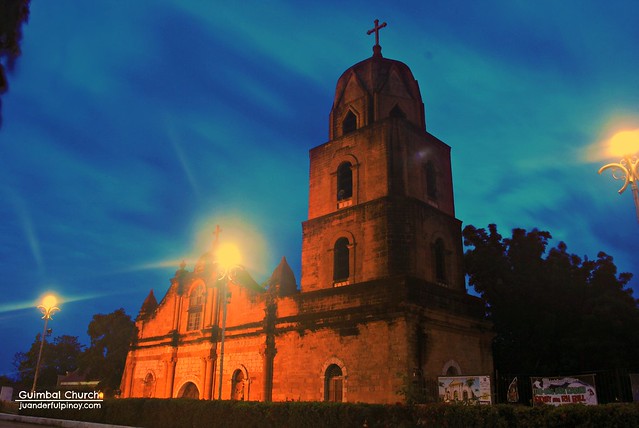 Guimbal church is a heritage church made of limestones and one of the oldest churches in the Philippines.

Tasty treats from the Horizon Cafe located at the 21st Floor of Injap Tower Hotel. Nurse the idea of dining at the tallest building in Iloilo City.

Salamat guid Iloilo! What I’ve seen and tasted in my three days were all exceeded my expectations. I must say it was a weekend of adventures, discoveries and of falling in love with your glamour.