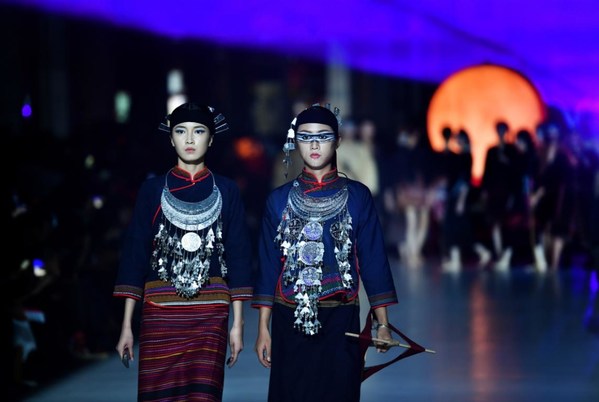 HAIKOU, China, Nov. 23, 2020 /PRNewswire/ — An international culture week focusing on brocade and embroidery works kicked off in Haikou’s Historic Qilou Street, capital of south China’s Hainan Province on the evening of November 19, 2020, according to the Department of Tourism, Culture, Radio, Telesision and Sports of Hainan Province.

As an important activity of the 21st Hainan Island Carnival, Culture Week themed “Inheriting, innovating, and creating a brilliant world”, aims to create an internationally influential platform for the exchange and display of Hainan’s brocade and embroidery products all over the world. The six-day event will feature activities including exhibitions, light shows and fashion shows in Haikou, Sanya City and Baoting Li and Miao Autonomous County.

Brocade and embroidery works from various countries as well as from the local Li ethnic group will be displayed during the event to present different traditional cultures, according to the provincial department of tourism, culture, radio, television and sports.

Sun Ying, director of the department, said the local government is devoted to exploring applications of Li brocade culture and stimulating the vitality of traditional dress culture, in a bid to inject cultural energy into the construction of the Hainan Free Trade Port.

Born from the skillful handcrafts of the Li people on Hainan Island in southern China, the intricate art of Li Brocade boasts a long history and was designated as a UNESCO intangible cultural heritage item in 2009. These handmade brocades are now world-renowned for their delicate, romantic, and mysterious patterns.

The international culture week will run until Nov. 24.