It was an invitation I could never pass up despite the shortage of my travel funds.

It’s no surprise that I ended up in the Western Visayas particularly in the province of Antique for almost a week with a small backpack containing a pair of shoes, a couple of shirts, short pants and underwear.

Thanks to the influence of my grandmother who always encourage me to pack smart and travel light. I used to be the kid who didn’t really think about history but I’d like to observe most of the time. And if I had an opportunity to ask people questions? I would definitely ask a whole lot. And the person who always entertained my questions the most was my grandmother.

After everyone else had gone to bed, my great grandmother, who didn’t sleep a lot in her old age. We would always sit beside each other and discuss our lives together. I was fascinated with my grandmother’s Antiqueno-ness [if there is such a term]. The Kinaray-a accent, the local food, the drive with which she always possessed. I feel no shame to tell you that I’m thirsty in finding my roots in the province of Antique.

A visit to the province of Antique is about rediscovering several unique indigenous practices and spectacular landmarks. The province of Antique may seem so old fashioned and simple but for travelers who are hungry to discover what’s in it for them the place then becomes a destination loaded with never ending adventures and the fun is waiting to be rediscovered. 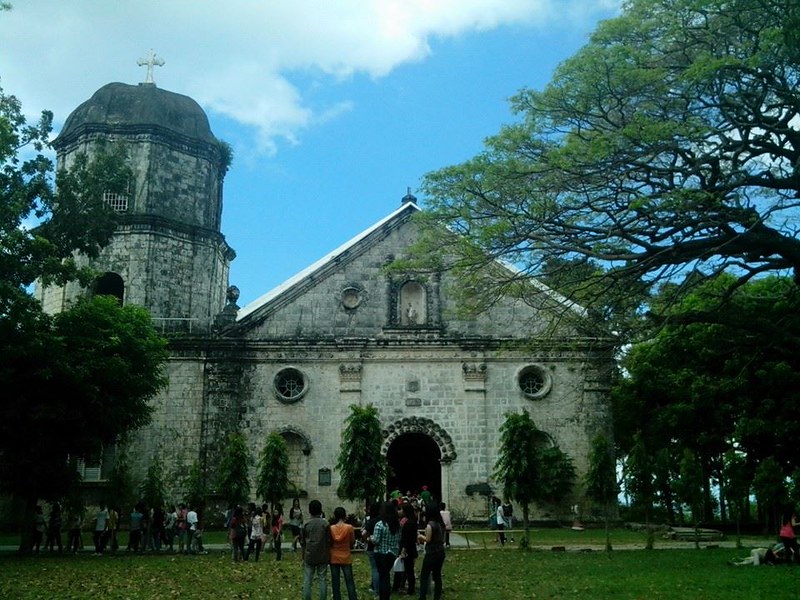 Photo above: A facade of the church that survived through the years. The church had survived numerous earthquakes just like the faith of Antiquenos being tested.

Antique province is located in the western part of the island and is accessible via Iloilo, Roxas and Aklan airports. The familiarization tour started in Anini-y with a short visit to the therapeutic Hot Springs of Sira-an. Then it was followed by a brief tour of the 383-year old fascinating church which was built by the early Augustinian Missionaries and has been a structure of faith among the Antiqueños. The church looks stunning in its baroque architecture and made up of coral and limestone foundations. The 115- year old bell tower had survived hundreds of calamities including the 8.2 magnitude and intensity 9 Lady Caycay Earthquake that struck Panay in 1948. Today, the church remains strong and powerful similar to the faith of the Antiqueños, and constantly serves as a venue for the faithful. 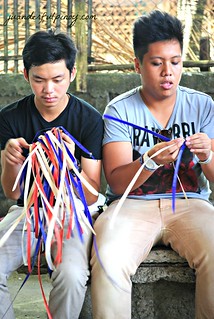 The Art of Buri Handicraft making | In the next town of Tobias Fornier, Antiqueños created its own trademark and artistic skills long before the Spanish colonizers came into the area. The women of Diclum Buri Handicraft Association make their livelihood by making an old fashioned way of buri handicrafts.

On the other hand, A shrine in honor of General Fullon with his life size statue was constructed by the Philippine National Historical Institute at the public plaza of San Jose, Antique, and now a historical landmark. General Leandro Fullon, a revolutionary leader and the liberator of Antique during the Philippine Revolution, was born in Hamtik, Antique on March 13, 1877. General Fullon continued to fight for freedom and independence during the Filipino-American War. He surrendered to the Americans in 1901 after his forces were weakened due to heavy casualties. 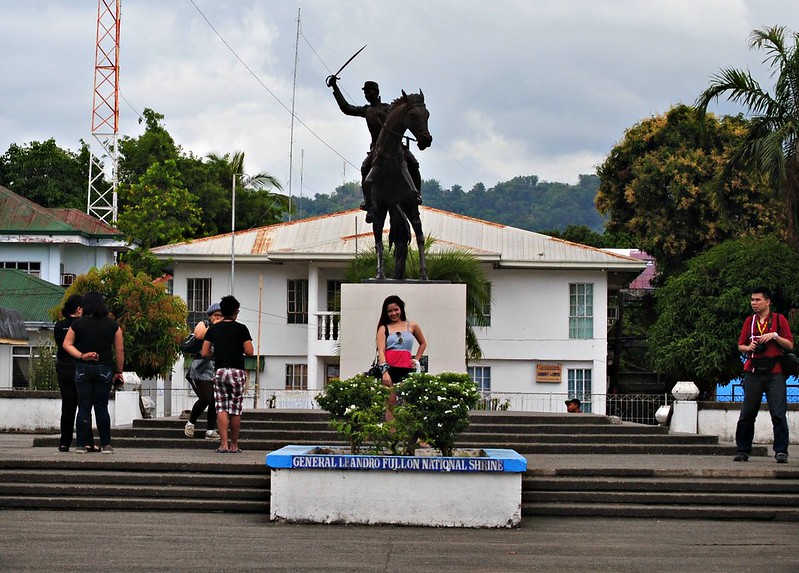 After the civil government was organized, he was appointed Provincial Governor of Antique, a post that he held until his death on October 16, 1904. [photo above: Elal Lasola at the General Leandro Fullon National Shrine] 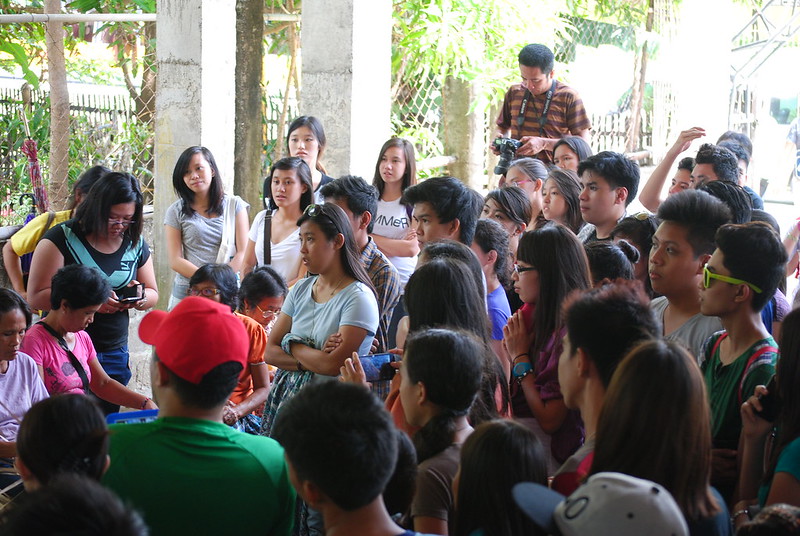 The tradition of Buri- making still lives on and is still the primary attractions in town of Tobias Fornier. Students of University of the Philippines paying attention in making the traditional buri-making. 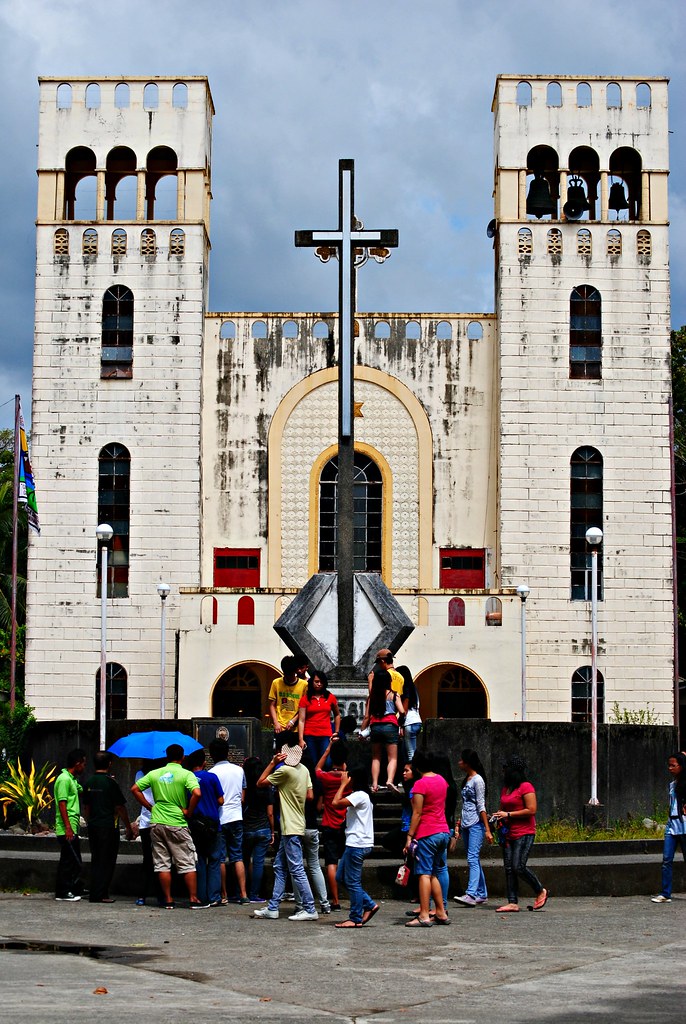 MALANDOG is one of the barangays of Hamtic town in Antique province which is abundant in history and culture. The town of Hamtic has its marker along the road that symbolizes the first Malayan settlement in the Philippines headed by Datu Sumakwel together with his men. According to legend, Malandog was the first balangay (barangay) established by the 10 Malayan Datu headed by Datu Sumakwel when they landed on Panay Island in 1200 AD. It was a vast land promising a bountiful harvests, dense forests, the hills and mountains with fruit bearing trees, rivers and seas which is until today a marine sanctuary,  agricultural and coastal village is blessed with rich natural resources. 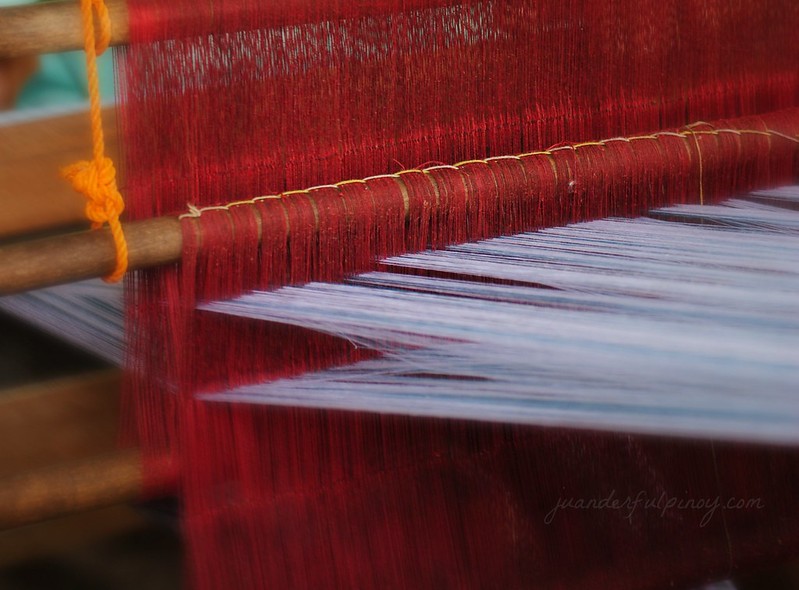 Bugasong  is one of the few places where traditional weaving is still alive. Brgy. Bagtason’s main product is the patadyong, a pre-Hispanic skirt which has found fancy among modern designers. This place is a destination in itself. If you’re on the look out for a perfect souvenir then visit Brgy. Bagtason as it is a haven with its variey of loom-woven “patadyong”, the only one of its kind in the Visayas and is well known throughout the province.  In this familiarization tour, we were able to meet the members of the Bagtason Loom Weavers Association. Through BLWA, we got to experience and understand how weaving is done. For special occasions, they can also personalize the design of the textile based on your preferences.  From making handkerchiefs, wallets, hats, and shirts one can certainly enjoy this unique experience. 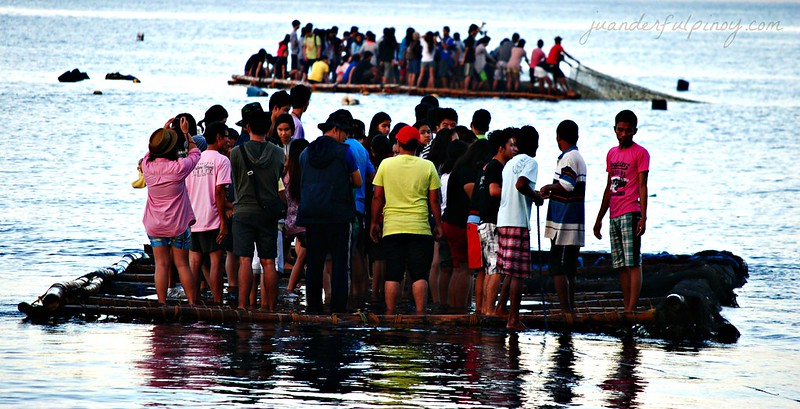 An extra-ordinary experience as an accidental Fisher. Lambaklad fishing is just part of the Tibiao Adventures conceptualized and operated by Mr. Flord Nicson Calawag to promote Tibiao’s tourism. Digging deeper into the culture that is uniquely Antique is the more contemporary unique way of fishing called the Lambaklad fishing, where fishermen catch their fishes through dance-like movements. Almost all participants tried to catch up as they tried to be a Lambaklad fishers for a moment. 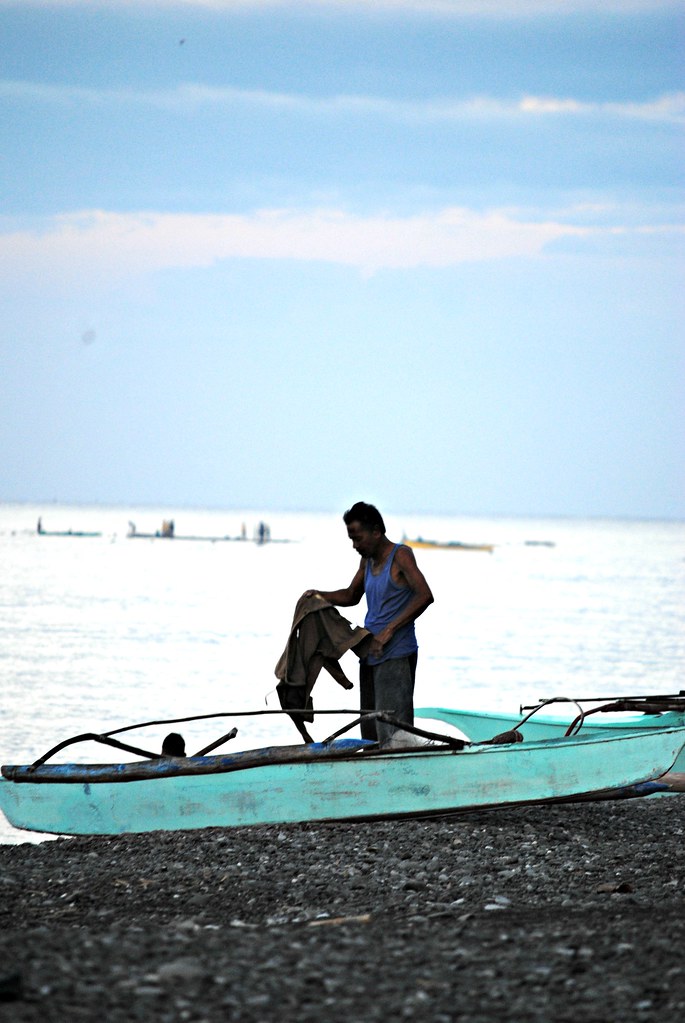 This extra-ordinary experience is called “Lambaklad Fishing” – a Filipino term that is coming from a word “lambat” (net) and “baklad” (corral), or “lambat-baklad” or “lambaklad,” [ a large fish trap ]. Our fresh catch was then prepared for a traditional Antiqueño breakfast by the sea. 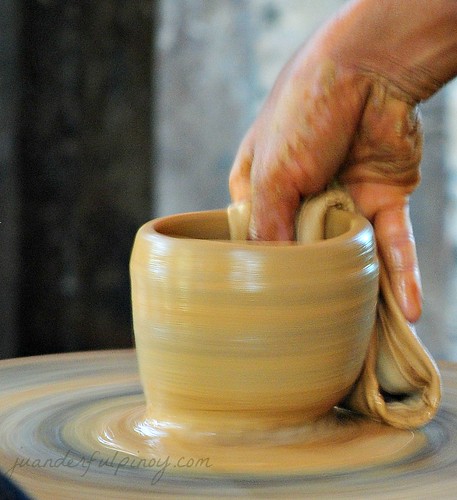 Pottery and brick-making in Bandoja has become such an important industry in the province of Antique from first-class bricks, of a quality suitable to be sold in any markets within the area. In addition, locals have mastered the brickmaking trade—by making the traditional  bricks by hand. The quaint town of Laua-an was also visited by our group. Laua-an is certainly the place to visit for a hand-made bamboo crafts and the sweetest muscovado. luckily, all of us got to experience how bandi and butong-butong are cooked and prepared. In Laua-an, they use peanuts, muscovado sugar melted in a kawa (large pan) adding it with calamansi. For preparation, it has to cool down in banana leaves then has to be stretched until it becomes hard and solid. Laua-an is also a good jump-off point to explore the Central Panay ranges including Mt. Dumara where small scale gold panning was once an activity. Batabat and Punta Coral reefs are in Barbaza, which boasts gorgeous wonders of Marine life. 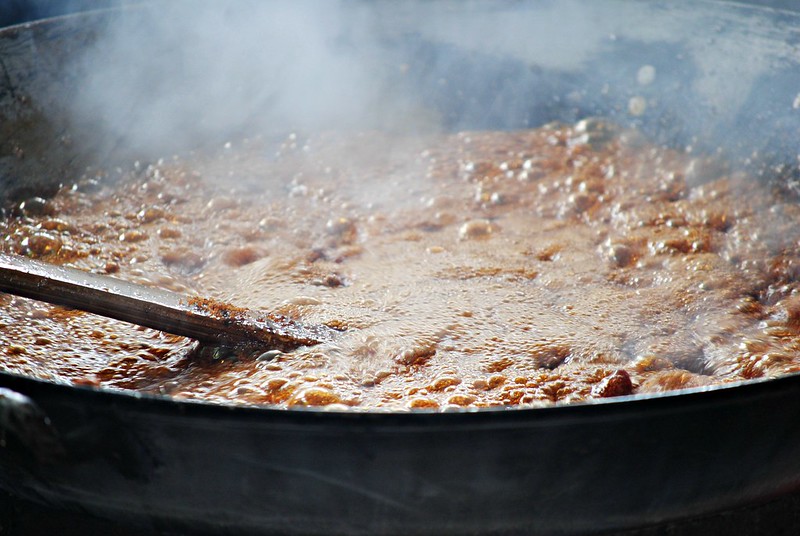 The sleepy town of Tibiao in Antique has never been the same  a fish spa opened in June 2009. The Tibiao Fish Spa is managed and conceptualized by Flord Nicson Calawag, a one of a kind and most affordable fish spa in the country.  It stands out from conventional fish spas because its very affordable and they use locally-bred fish species. I would not be surprised if hundreds of tourists visit the place to check out and experience the famous spa that features small, medium and large fish species nibbling on dead skin and calluses creating a soothing and relaxing sensation. [Photo below: Me, Elal, Yaj & Tita Maricar] Photo courtesy of Rjdexplorer.com 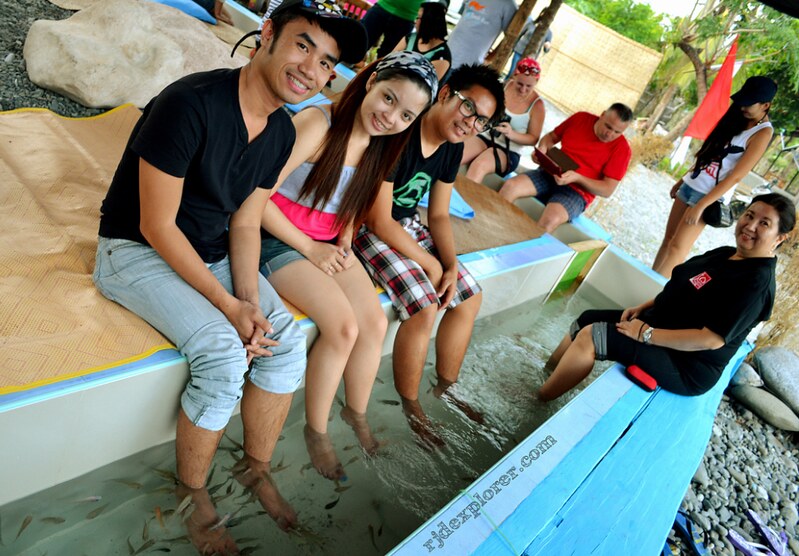 I will create individual blog posts because all these amazing destinations are awesome and must have the exposure it really deserves.

Antique is accessible by plane via Caticlan (Boracay) and Kalibo Airports of Aklan or Iloilo International Airport. If you will be coming from Caticlan, there are terminals of buses and public vans traveling from Iloilo to San Jose.

Via Iloilo: Philippine Airlines, Cebu Pacific and PalExpress fly to Iloilo from Manila and Cebu daily, travel time is roughly an hour. From Iloilo airport, you can take a van to Molo terminal for P50-P70. Buses and vans plying the Iloilo-Caticlan or Iloilo-Culasi or Iloilo-Libertad route can take you directly to Tibiao, Antique for Php200.00 ($5), travel time takes approximately 2-3 hours.

I bet you will enjoy Antique province like I did. Now if you’re looking for cheap flights to Iloilo or Caticlan then our local domestic airlines within the Philippines can take care of your flights.

Go to top
DISCLOSURE
This Antique Familiarization Tour was made possible by the Katahum Tours headed by Flord Nicson Calawag with the support of the Department of Tourism Region VI and the Antique Provincial Tourism Office. 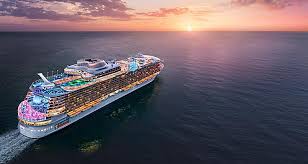 Unusual Yet Enjoyable Travel Activities You Should Consider Doing

Any seasoned traveler would want to go off the beaten track and away from overly crowded tourist spots. You would[…] 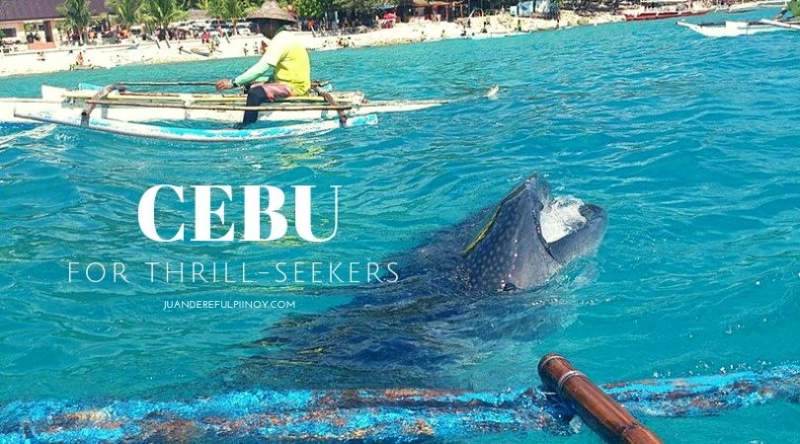 The best tourist attractions in the Philippines

The Philippines attract tourists from around the world mostly with wide beaches, lakes and waterfalls, and the variety of flora[…] 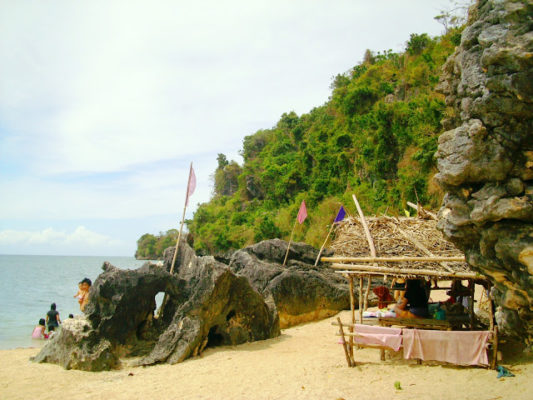 I always write in a gratitude journal everyday as much as possible. I must say I am more calm and[…] 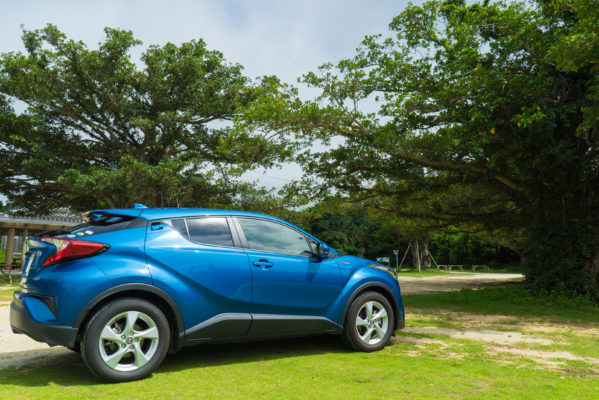