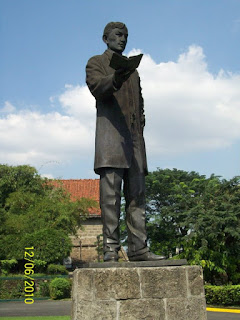 I always believed, and I still believe in the ideologies of Dr. Jose Rizal, the Philippine National Hero, a Nationalist, advocate for great reforms in the Philippines during spanish era. Rizal was able to put his principles into his writings. A genuine idealist but not blinded by idealism. His thoughts are known and well preserved until now, truly timeless. His story had a strong foundation from values to patriotism. His life is full of surprises and drama. And his death? It was so tragic and unforgettable.

Two novels, Noli Me Tangere and El Filibusterismo made so much attention. His works and writings bravely exposed the brutality of Spanish colonizers to Filipinos. Many believe that these books are the reasons why Spanish colonizers ordered Rizal’s execution.

Noli Me Tangere and El Filibusterismo had not made him a national hero, it was his love for the country. We made him our national hero because of his life.

During his childhood, he was called Pepe by parents and siblings. He took a medical course at the University of Santo Tomas but was not able to finish. He left for Spain  and continued his studies in medicine there. He visited many countries in Europe and learned different cultures and languages of all the countries he visited. He became interested in studying Opthalmology in France and in Germany.

And later on became knowledgeable in eye surgery where he successfully operated his mother’s cataract.

Rizal died as a hero and martyr on December 30,1896 in Bagumbayan, now popularly known as Luneta or Rizal Park. He was supposed to be shot at the back but he insisted to be shot facing his executioners because he wanted to let us the Filipinos know that he did not betray his countrymen. Rizal bravely turned to the front side and faced his executioners. 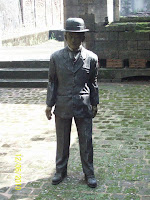 After all reading some of Rizal’s writings and a few researches. Everyone could actually relate to his visit to many countries and places in the world. Why he travels a lot. Why Paris is a fantastic place and represents a real beauty that is not questionable. Rizal mentioned fantastic places he visited. But one thing I have noticed is that it was something Rizal and most of us found that some of today’s tourist  particularly Europeans and Americans, do not know and see—excessive politeness and urbanity of Filipinos in general. 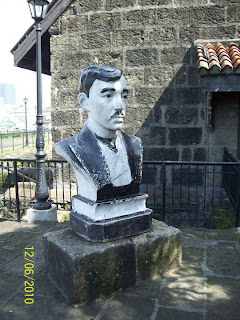 There are great places in the United States or in Europe or in other countries to visit .And one of  the  things that reminded me of Rizal is the urbanity and the politeness of the Filipino people. It’s literally noticeable. Go ahead, try to ask for directions with the Filipinos. Like Rizal, if you address anyone, he would reply, takes off his hat and after paying or give them anything , they don’t fail to show their gratitude.

In Rizal’s time, it was really expensive , He was forced to rent in the small apartments or friends. He moved from one place to another in search for the cheaper and a better deal. Despite of his situation, he never failed to communicate with his family. He writes about his trips. His trip  by train from Madrid to Paris for more than 24 hours. Rizal knew the destinations and the smell of the place even before he got there simply because of the illustrations from the magazines his family had in Calamba, Laguna Philippines .

Today internet has made everything– photos , mail, messaging. You will be spoon-fed online. From directions, how to get to your destination, history, almost everything. Anything can be searched online.

Rizal’s roots are in the Philippines. What I really like about him is that he made reference to his home when he travels in a new places or in a new country. Long Rivers and bays are compared to the one in Pasig or in Manila Bay. Magnificent houses in Paris are compared to his home town in Laguna. It’s basically inspired based on his home, his town, his country. You cant see the end of streets or roads. There are rough roads and its never ending,  nevertheless they are straight, wide and clear and very well laid out.

Rizal was genuinely a Nomad! 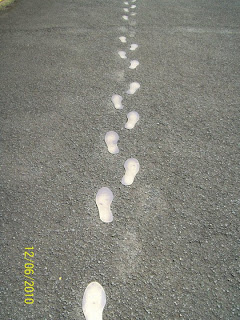 Rizal died as a hero and martyr on December 30,1896 in Bagumbayan, now popularly known as Luneta or Rizal Park.

Join me as We are going to celebrate the upcoming 150th birth anniversary of Dr. Jose Rizal. Great news is that Restaurants with “Al Fresco” settings of the Philippines and International  cuisine will be installed along the walkway of the heritage trail in Rizal Park. One of the dishes that will be featured is the Tinolang Manok as it is Rizal’s favorite food.

The park will also have an on the spot historical information sites relating to our national hero Rizal such as Calamba, Laguna, including shrine  in Dapitan, Zamboanga del Norte and in Camarines Norte where his first monument stands. June 19th will be jampacked by events like educational lectures, concerts and a lot more. 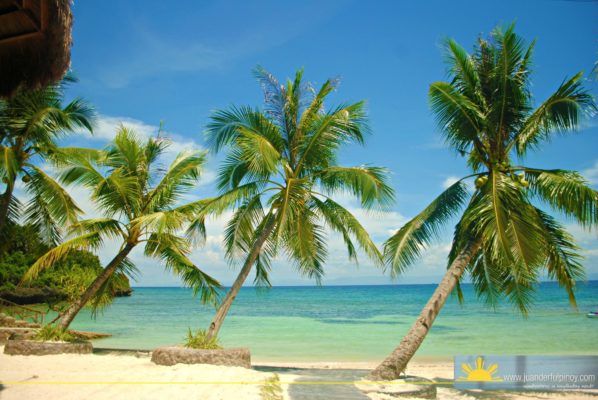 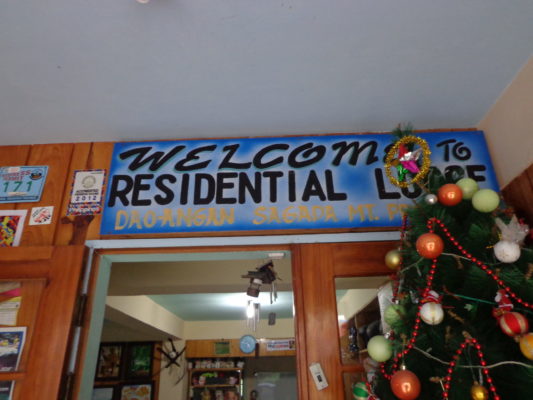 I bet you are looking for the cheapest accommodation in Sagada. Some tourists usually think that staying in an expensive hotel will give[…]