Dapitan was formerly called “Daquepitan” and later changed to “Dacpitan” and finally changed to “Dapitan” because of pronouncing issues. Dapitan became the first city in the province of Zamboanga Del Norte on June 22, 1963 and dubbed as the shrine Capital of the Philippines. Thanks to the Philippine National hero Dr. Jose Rizal as the city is attracting numbers of tourists. This small town boasts clean beaches and panoramic views.

Today it is very evident that the influence from colonizers like Spaniards, Americans, Japanese and various groups have made a significant contributions in the lives of a distinctly Dapitanon culture.

In the Philippine history, it was the home of the Dr. Jose Rizal and became the witness to one of the memorable moments in our national heroes life. Then at that time he focused on helping other people and its community by devoting so much of his time in enhancing his skill in arts and literature. It was also that time when he became a physician helping those who were less fortunate. He was able to establish a school which was attended by students who came from a prominent families.

Here is the list of the beautiful attractions in the City of Dapitan: 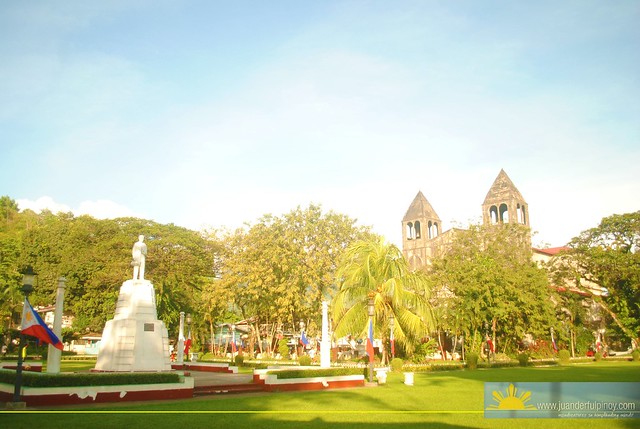 Dapitan Plaza is the place you should not miss. It was enhanced by Dr.Jose Rizal during his exile in Dapitan, Zamboanga Del Norte. At that time, a lighting system was provided out of coconut oil.Unfortunately none of these indigenous lamps can be seen in the area. But I am very impressed with his contribution in the world of science .  Saint James Church is just accross the City Plaza. And the Rizal Statue is in the City Plaza of Dapitan too. Every Sundays, the community gathered in the City Plaza to unwind. Kids, families and couples can relax and sit lazily on the clean grassy area where they can hang out for a few moments. One can entirely remember and take the pleasure in breathing and feeling the fresh air as they walk along the City Plaza of Dapitan. 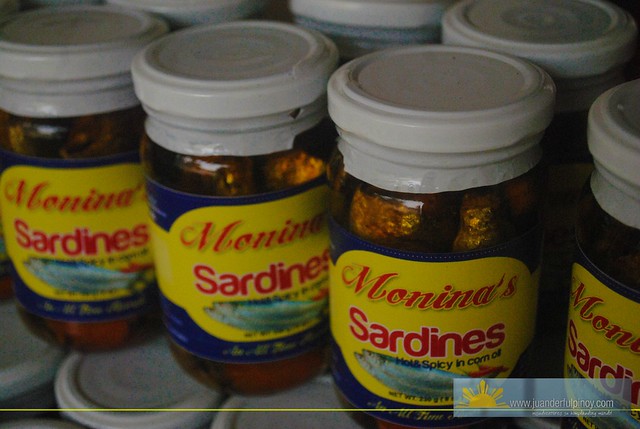 I love Spanish Sardines. When we talk about Spanish Sardines one can immediately state that the City of Dipolog boasts the best and delicious bottled Sardines. But I was glad to see an outlet or a store where you can buy a bottled Sardines in Dapitan. Did you know that the industry of processing sardines in a glass jars was first introduced in Zamboanga Del Norte in the early 1970’s? Thanks to Dona Concepcion Macias De Montaño who demonstrated the whole process when she learned from an elite Spanish families. I personally recommend Monina Sardines. I tried it since I bought ten bottles of bottled Sardines. 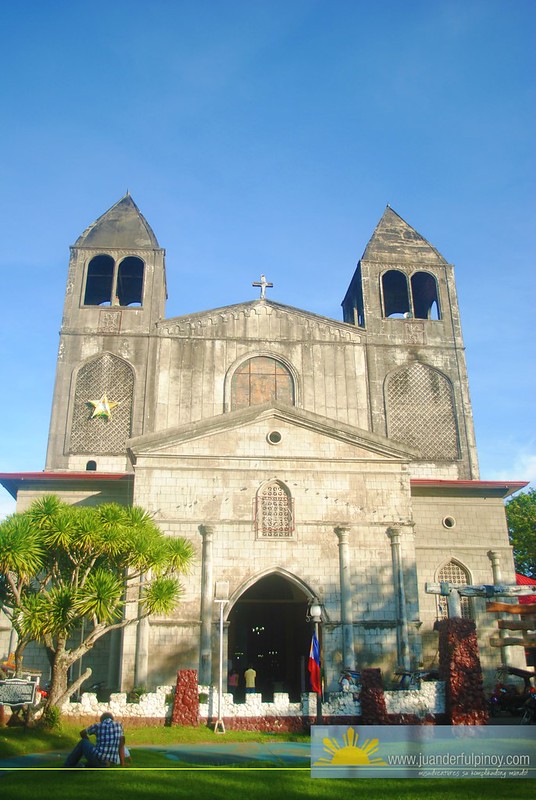 St.James Church of Dapitan is one of the fantastic churches I was able to see in Mindanao. It was constructed in  1871 in honor of St. James the Greater, Dapitan’s patron. The church has been erected well before Rizal was exiled in the city of Dapitan. It is currently sitting at the heart of the city center and serves as a historic representation of the everlasting heritage of the Christianization of the whole region. A marker here marks the spot where national hero Jose Rizal stood when he attended Mass every Sunday during his exile in Dapitan City 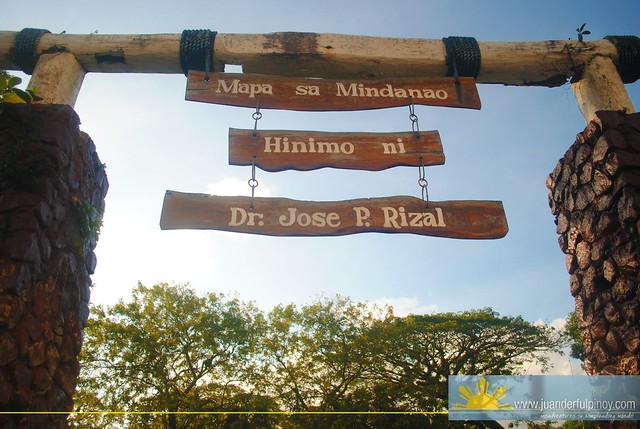 Right across the main entrance of the church is the relic of the popular relief map of Mindanao which was among the many masterpieces and civic projects that Rizal started and completed during his exile in Dapitan. 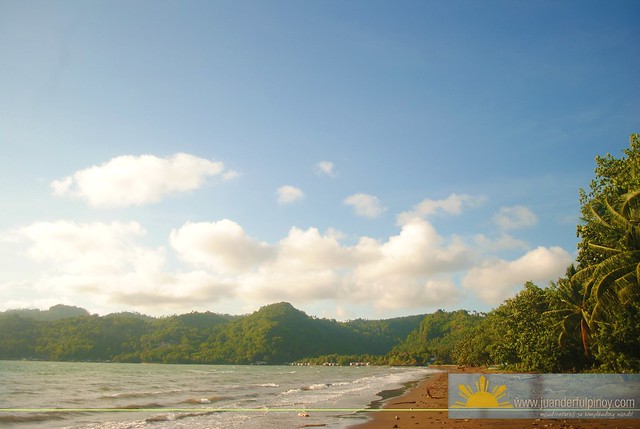 Sta Cruz Beach in Dapitan City is known  as the landing site of Jose Rizal when he was exiled. 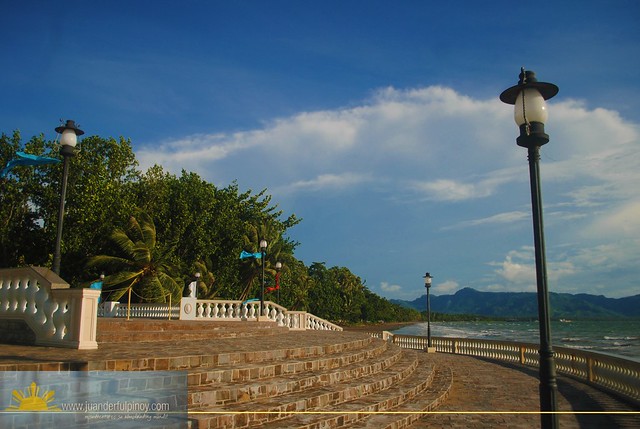 It was on the 17th of July, 1892 at around 7:00pm, Jose Rizal landed at Santa Cruz Beach in Dapitan with Captain Delgras and three artillery men. They walked through Sta. Cruz Street with a farol de combate to the Casa Real where he was presented to Don Ricardo Carnicero, the Spanish military governor of the area. Today, we are reminded of how huge his contribution to the society specifically the province of Mindanao. Can you imagine the great artistic job from the public city plaza to the church, the water works system and a lot more. 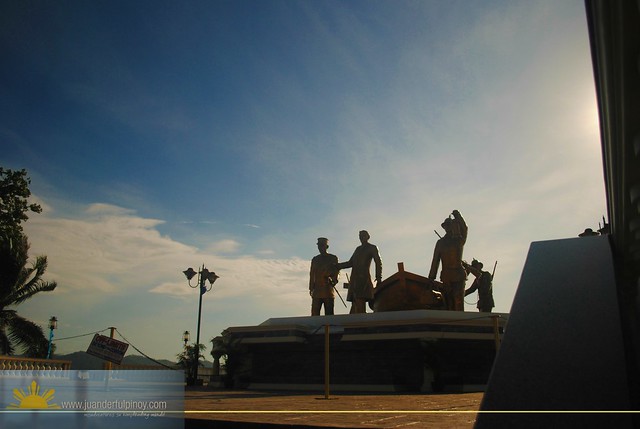 A tableau was constructed in the historical site to commemorate Rizal’s arrival in Dapitan. 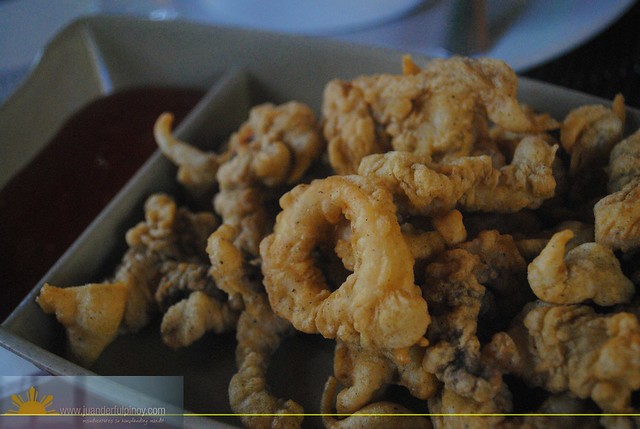 Start your day with a break or lunch at Erlinda’s Food house. I personally have spent a big chuck of my savings on my Manila-Mindanao road trip via roro  so as much as possible we would also like to cut the cost on our food without having to compromise our health too. Erlinda’s Food house provides homemade food and delicacies. It was my first time eating here and I find it very good! One will surely go back for the food any day. It was not pricey and offers a selection of menus. I will blog about this food experience on a separate article. My verdict is delicious food ( Go, Grow and Glow foods) for a reasonable price too.

If you happen to visit Rizal Shrine in Talisay, one must notice a gentle reminder that our National hero was exiled in 1892. Situated between the seas and covered by lush greeneries and forests. It was also back then when he was free to stroll around and practice was he had learned.

Never leave the province without seeing the powdery white sand beaches of Dakak. It is well-known for its beautifully shaped cove and a diving Mecca in Mindanao.

I was not able to finish my Lakbay Jose Rizal Passport but lacking of four more stamps out of 27 Rizal Sites in the whole country would be a great accomplishment.

Getting to Dapitan is very easy.

Find Cheap Travel-Search for Deals and Get Savings online Now!

One must either fly from Manila to Dipolog in which the airport is located or sail to the port of Dapitan.

By Air:
One can fly via Philippine Airlines, Cebu Pacific and I think soon to be via Air Philippines Express.

By Sea:
There are Fastcraft services run by 2Go or Aboitiz Transport System and I think that’s the most convenient way to travel by sea.

From the Airport, you can hire a public trike or a habalhabal to the bus terminal. Cost is Php60 then hop on an Evergood mini bus(yellow bus) and get off the bus once you are at the Dapitan Plaza. From the City Plaza, you can hire a trike to explore the whole Dapitan. In our experience we hired one for Php50 each for the whole duration of Dapitan Tour.
This particular trip will take you back in time which I bet you will understand when you get there. Take time to know our roots and savor the moments with food, attractions and friendly locals.

Take your pick and decide when you will plan to see Dapitan. I bet your Dapitan experience will certainly transform your totality in a colorful and a positive way.