After an awesome trip in zambales where I first met Mount Pundaquit, rediscovered Anawangin, explored beautiful Nagsasa, breathtaking view of Capones and a special trip to Mount Pinatubo. I am going to touch base with you what was going in the last couple of days. Sharing you my unforgettable trip in Baguio with some of the best and coolest bloggers in the country today. Thanks to Eurotel for sponsoring our Baguio trip last weekend.

I must say, I am beginning to tell myself I have a new place to call “My Home”again. And that is Baguio!

It took us more or less 5 hours to reach Baguio . You might wanna bring something in order to get away with the boredom like a book to read, a snack maybe. Nakakagutom naman kasi talaga sa biyahe. 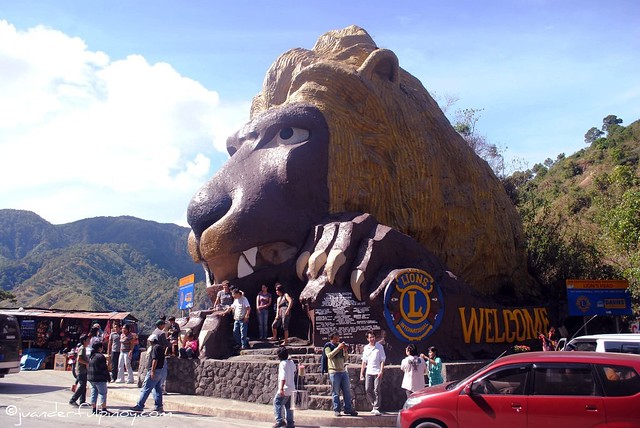 We finally reached the summer capital of the Philippines, Baguio. The weather was perfect wishing it would be the same in Manila. Sana ganito kalamig sa Manila. We passed by the Lion’s head along Kennon Road, the remarkable landmark in Baguio City. The famous tourist destination is made from a limestone rock formation. We had our own quick poses at the biggest Lion in the entire Philippines. 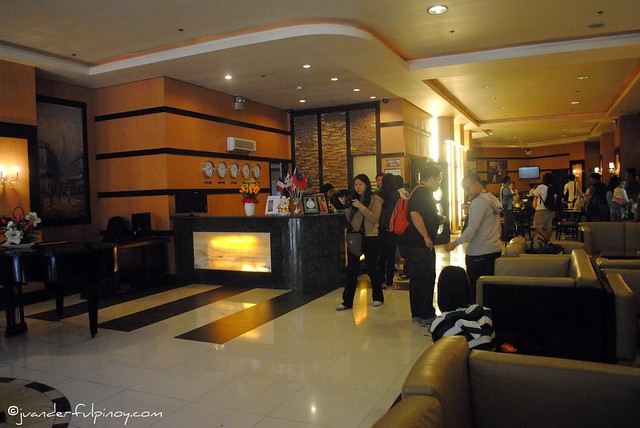 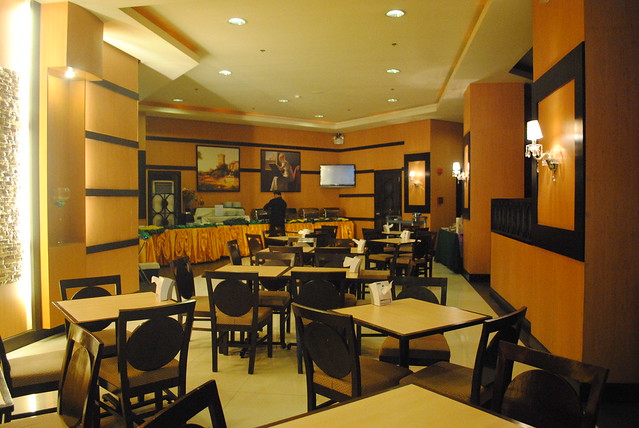 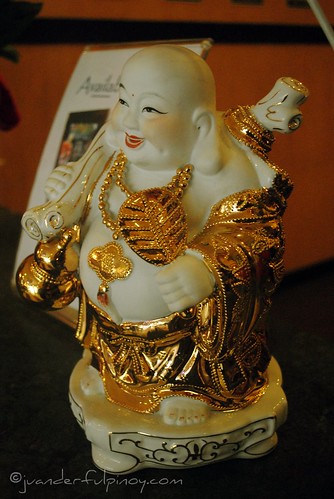 We arrived at the hotel feeling tired yet excited and overwhelmed with the modern European design of the lobby. Beautiful paintings on the wall, an old piano and an elegant ambiance. We had lunch afterwards and followed by a quick tour at the hotel. 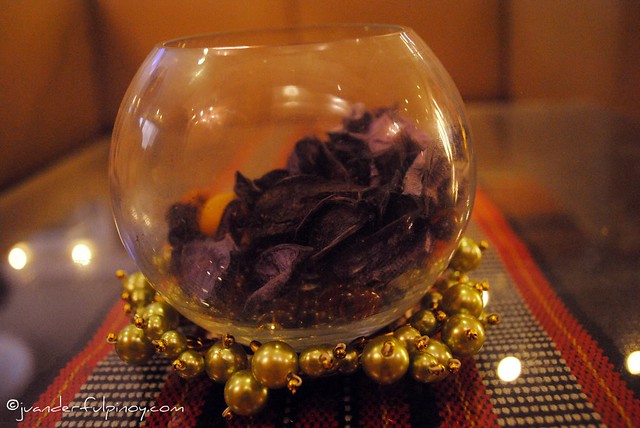 After lunch we rushed ourselves again for a quick introduction about Eurotel and the various rooms they offer. I had Euro Suite 1 which normally costs Php2,900/ $67.87 . Check out everything, furniture, paintings. Feel the European design hotel .

After a quick tour at the hotel , we decided to head on to Camp John Hay. Camp John Hay used to be the recreation center of the United States Armed forces. Imagine Baguio City is dubbed as Little America in the 20th century The first attraction we visited was the famous butterfly sanctuary which was constructed around the Little Mermaid Garden by American soldiers in the past decades. 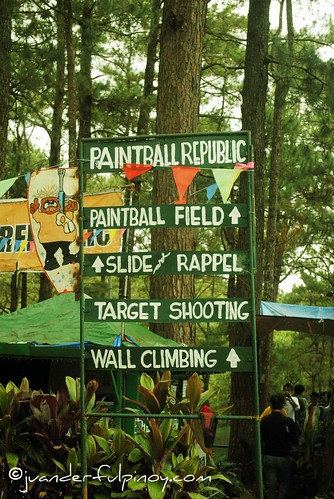 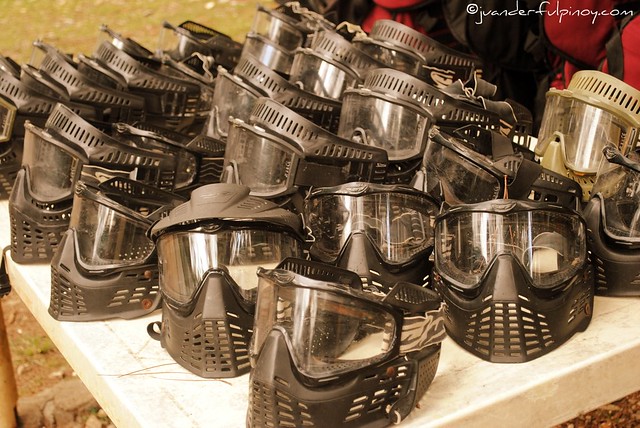 I was going crazy over paintball which is really something cool to do in Baguio City however we opted to try to have a zipline experience at the treetop at Camp John Hay . For those adventure seekers there,you now have reasons to visit the city of Pines . Normally it costs Php200 . This major fun and excitement don’t end with the Baguio Zip lines. They offer wall climbing and rappelling too. 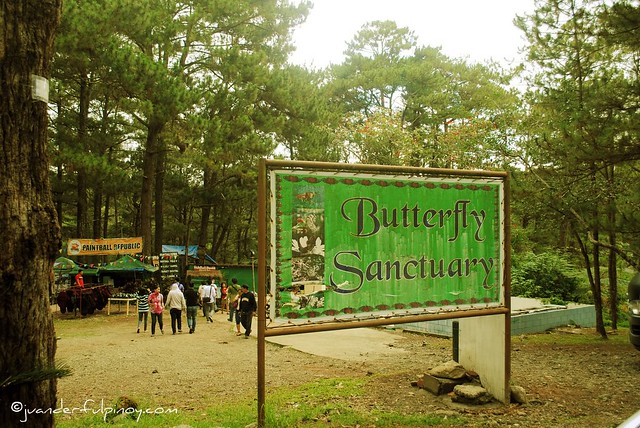 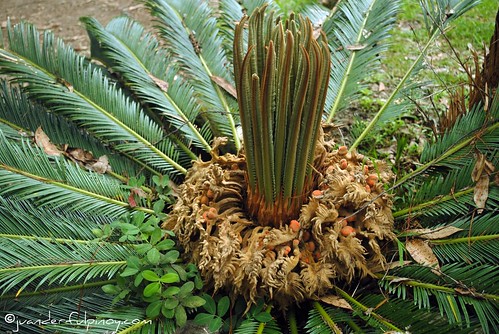 If you want to experience something new and extreme then get dose of a genuine adventure . Go zipping. I have tried this when I was in Corregidor. I am a die-hard adventure seeker so I definitely have to try this whenever there is a chance.

Zipline is normally composed of metal or steel cables set from above slanting down to a lower area. Attached to the cable is a pulley with a harness to make the rider safe when they zip down to the lower ground. I was in a sitting position but I really wanted to fly like superman style , ayaw naman ni Kuya! 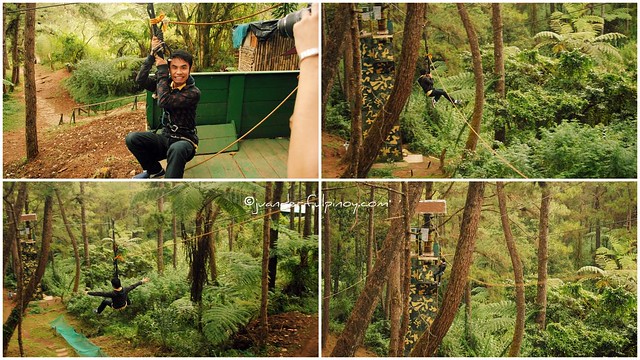 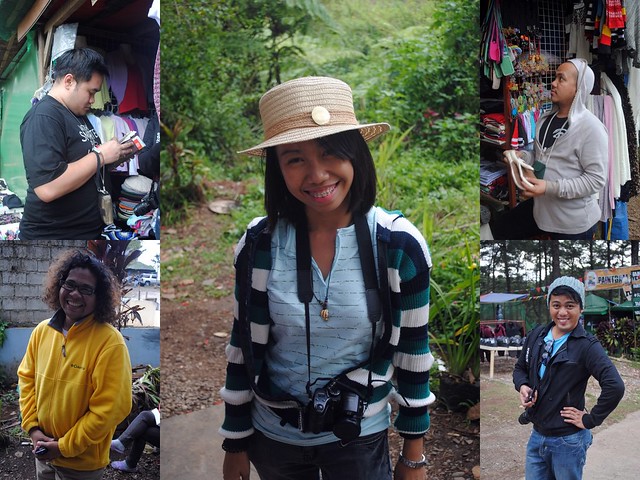 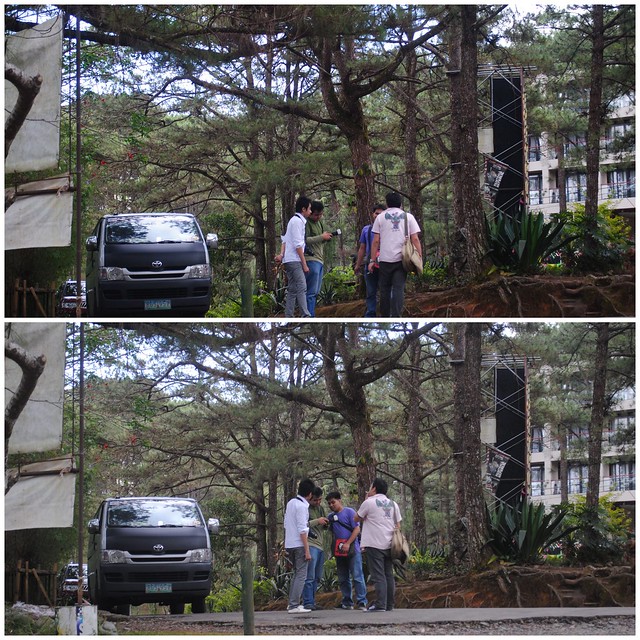 Caught in the act- Photo above is  the Eurotel Marketing Staff relaxing while  figuring out the next tourist spot. I guess it was not really much of a plan perse but i think more like a decision where to go. Hey guys, I am supposed to hear about the next spot. LOL. 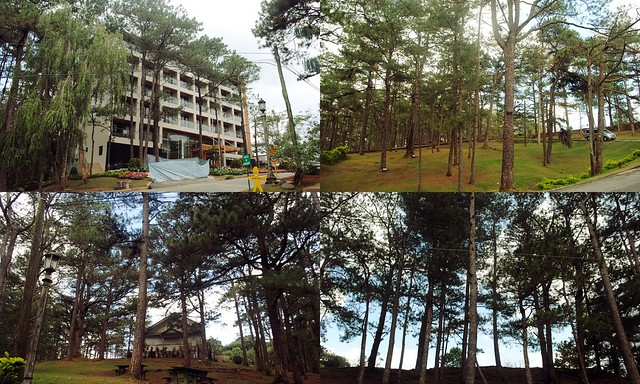 We decided to take the route to Liberty Loop , Bell house and amphitheater and the center of Negativism. 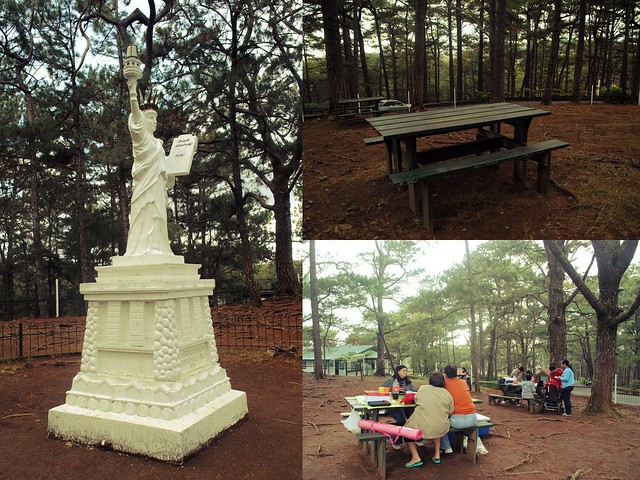 As you can see there is a miniature version of the famous landmark in New York, The liberty. Although it looks small because of the towering trees that surround it, but regardless how small it is in our naked eye, its size is not going to diminish  what it originally stands for: FREEDOM. 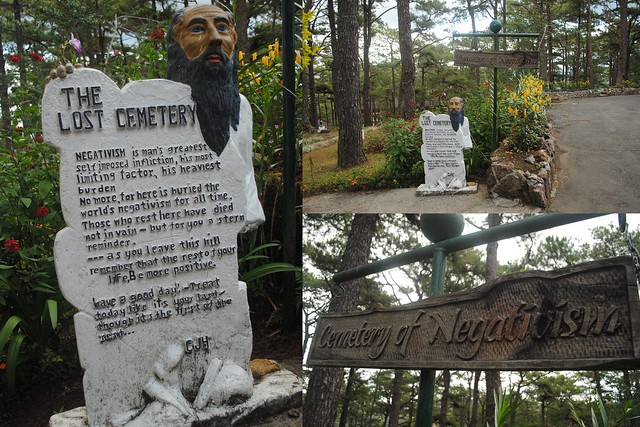 It is situated in one of the peaceful corners of Camp John Hay.This a quaint cemetery where you can find the “greatest negativism of all times” were buried. This is the place where the negative thoughts and attitudes were buried.

The lost cemetery became one of the tourist attractions people visit. At first , I thought it was a pet cemetery as an animal character can be noticed on the tombstone, although there’s no animal buried at this place. Epitaphs on markers gave me reason to smile honestly . It’s just very clever and witty. I was hoping they repaint it because other gravestones were fading. 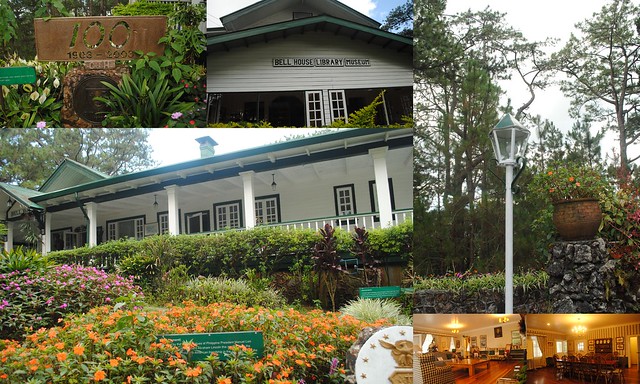 Have you noticed a beautiful garden inside Camp John Hay? That’s Bell amphitheater. It’s built for outdoor musical performances. A former U.S. Commanding General by the name of General Franklin Bell designed this awesome garden with a gazebo. It’s known for special and important gatherings like weddings and other corporate and social functions. 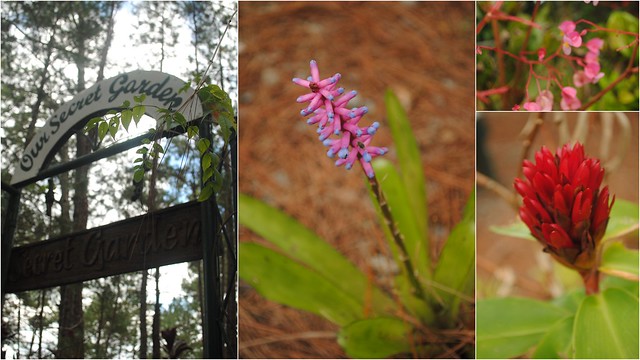 Secret Garden is a few minutes away from the Bell amphitheater. It’s just a simple and small garden on top of the hill. It’s totally peaceful there. It was entirely crowded at Camp John Hay but the secret garden seemed to be very isolated. 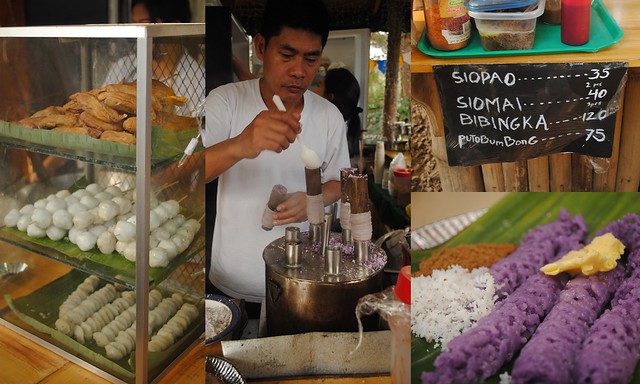 It’s merienda time. Obviously I was really hungry so We decided to eat near the Eco trail and headed off towards the nearest snack bar,house whatever. We tried various snacks they offer. I chose to try Puto Bumbong , I never tried that even the Puto bumbong in Manila. Others picked siomai and kikiam . 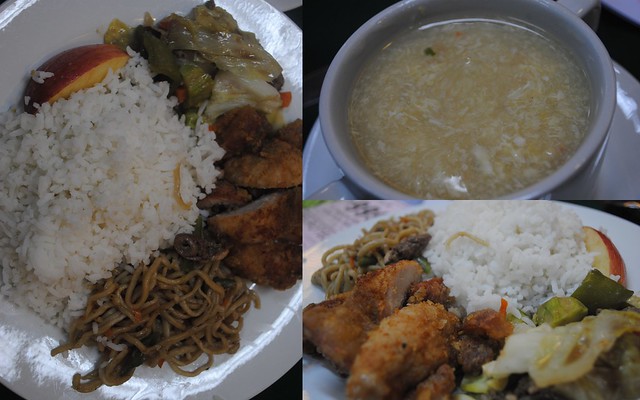 We went back to the hotel at around 6pm and tried to  freshen up a little bit inside my room and dinner will be served at 7pm and the rest is history. Haha joke lang. My body was about to retire that night pero sige lang .  After the dinner , we had a party the whole night as if it’s the end of the world. Ang sarap pala ng San Miguel  Apple.

This is just the first part of my trip . Please stay tuned for more details about my Baguio trip . If you have plans to be part of Panagbenga Festival , then book early at Eurotel and experience Europe.

Many thanks to Ivan, zhin, Gener and Joel for their genuine hospitality.It was a blast . Thanks to my fellow bloggers too and Eurotel Marketing Team for sharing the kindness and memorable moments with me.
See you again soon.

Eurotel – Baguio
Located in the heart of Baguio City just minutes away from Burnham Park. You can enjoy more of your Baguio trip while staying in  comfortable rooms at Eurotel-Baguio. Just check-in and choose a room packages that fits your budget. Excellent service is guaranteed.