On January 9th of 2012, I was very fortunate to witness the most spectacular religious events in the history of the Philippines. Ivan and Ian joined me in this event. The event was considered the longest procession ever in the Philippine history . It took 22 hours to bring the Black Nazarene from Quirino Grandstand to Quiapo Church. The procession  began at around 8 a.m. Monday and finished at around 6 a.m. The parade was interrupted beacause the wheels of the carriage carrying the Black Nazarene broke and one of the ropes used to pull it  snapped. 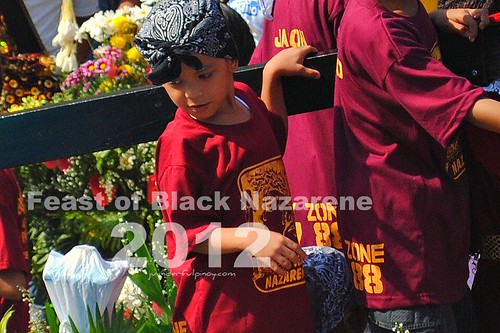 Once per calendar year , thousands of devotees and millions of spectators gather to take part in a long procession to strengthen their faith and to complete their vows to the Lord.

The Nazarene or commonly known as the Black Nazarene is the patron saint of Quiapo. A small district and a city square of Manila and referred as Old downtown. Quiapo is also home to a Muslim population in the city of Manila.

The Black Nazarene is a life-sized statue of Christ carrying a cross. It was brought to Manila, Philippines in year 1606. The statue has been housed at the Saint John De Baptist Church in Quiapo, Manila and commonly known as the Minor Basilica of the Black Nazarene since 1787.

A spanish priest brought the statue to Manila in 1607 on a ship. The ship caught fire and the image of the statue was burnt. The actual image was burnt and the people has made a decision to preserve it. Miraculous things happened since then.

The religious celebration begins when the huge door of Quiapo church opens and when the image of the Black Nazarene is within visibility. Devotees start screaming “Viva Senor” while the others wave their towels up in the air.

As soon as the procession starts , devotees grab long ropes and pull it to move. Most people attempt to touch the statue while the rest throw their towels in the air. One thing I also noticed , People joining the procession walk barefooted as a sign of respect.

The procession passes through the streets of Manila. And the scenes I have witnessed were shocking. For first timer like me, I was literally struck with overwhelming shock , amazement filled with sudden fright. I was taking photographs along Padre Burgos , aghast as the people moves forward. The Black Nazarene carosa only stops depending on how people have been pulling the ropes at the front.

This practice has been observed for many years by the Filipino Catholics. And I strongly believe that with their faith with Jesus Christ will bring Peace , good health , good life , happiness , prosperity and love.

For many years, the statue has been placed on a gilded carriage | carosa . People from different walks of life come here to get a chance to get close enough to see the image or receive blessings or miracles. A replica of the original Black Nazarene is used and paraded on the street and the original stays inside the church. 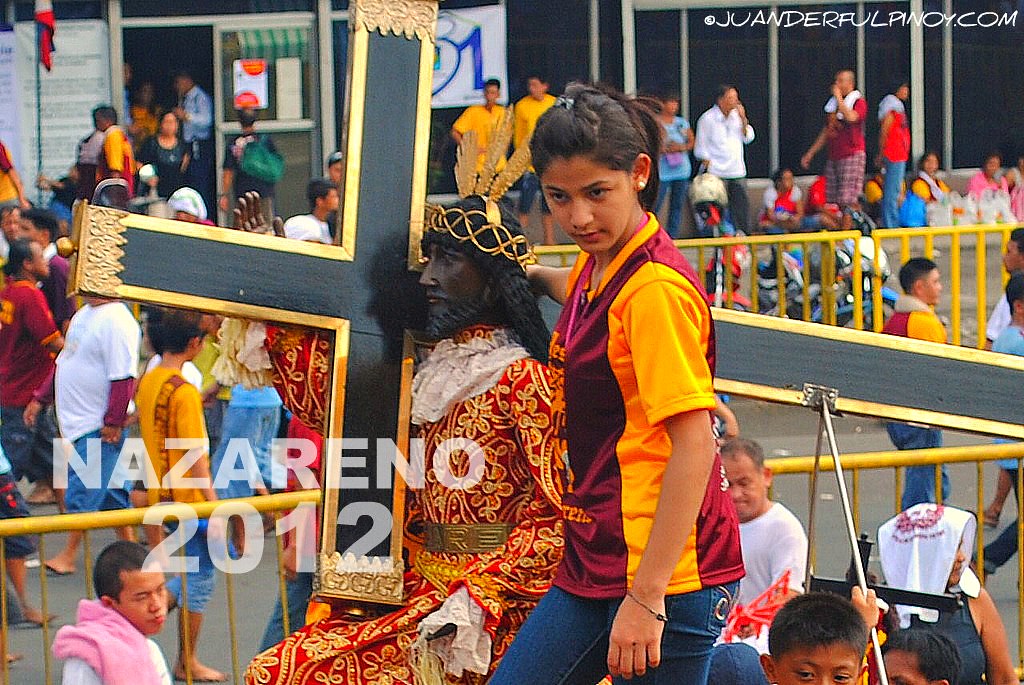 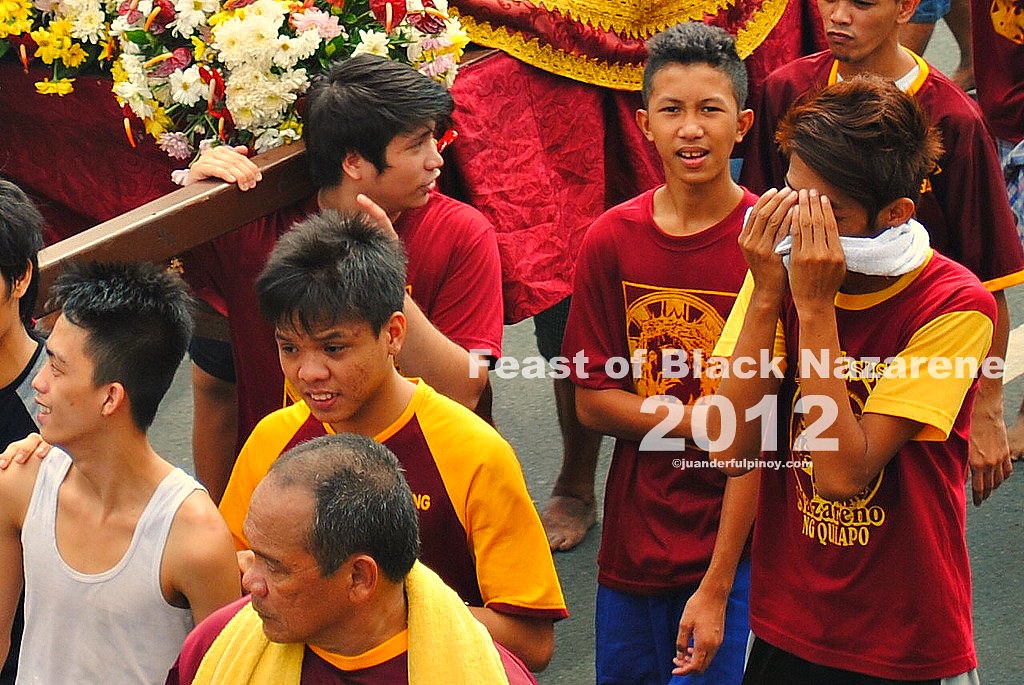 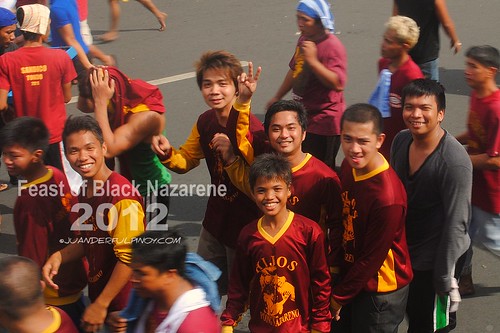 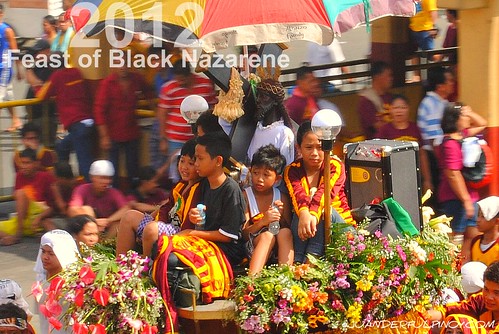 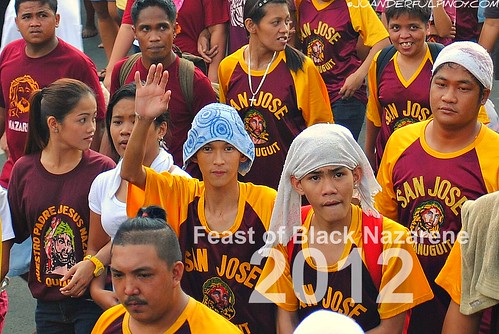 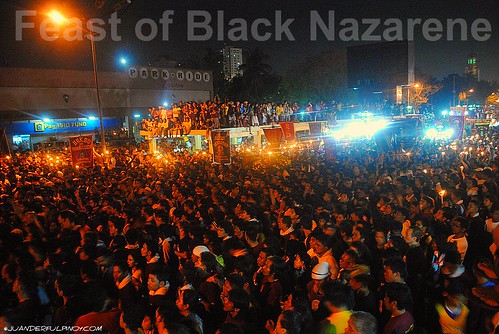 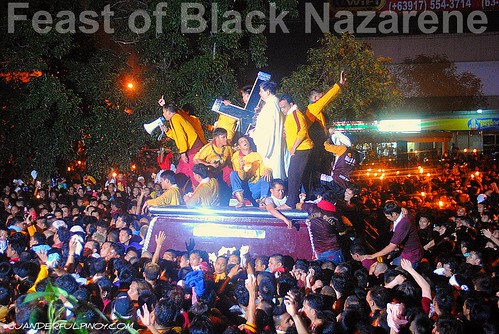 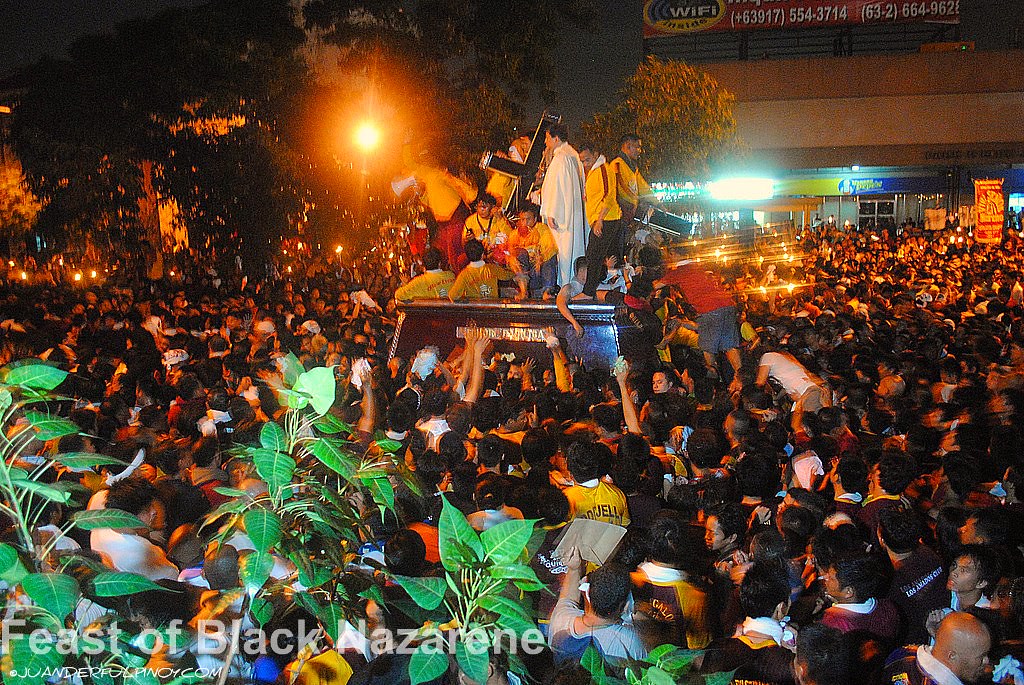 I am not dead, obviously, and I am bringing more stories about this experience, so stay tuned! …