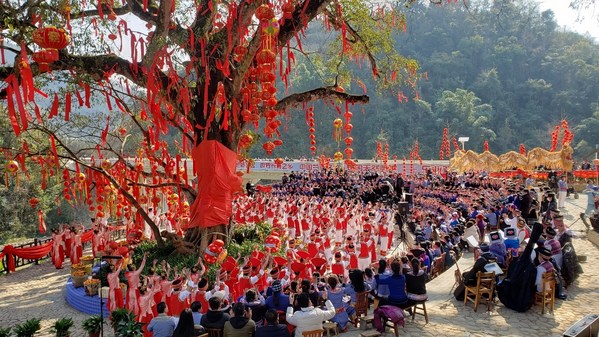 BAISE, China, Feb. 8, 2021 /PRNewswire/ — China Central Television (CCTV)’s special program “Our Chinese Dream: 2021 Nationwide Celebration of Spring Festival” has recently been filmed in Baise, Guangxi Zhuang Autonomous Region, according to Baise Culture, Radio, Television and Tourism Bureau. The show will be premiered on CCTV-3 at 19:30 on February 10 and on CCTV-1 at 12:30 on February 11 (Chinese New Year’s Eve), followed by continuous broadcasting on the both channels during the prime time throughout the Spring Festival. 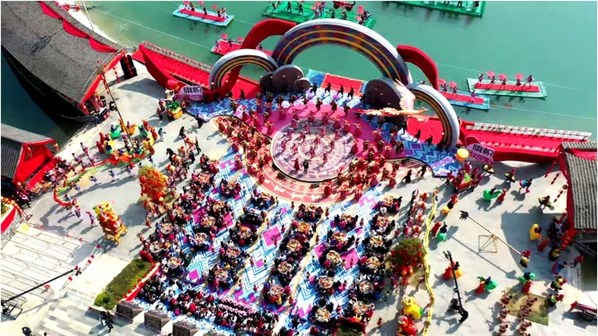 The program features Haokun Lake of Lingyun County, Baise as the main venue, Baini Village of Leye County as the sub-venue for the recording under the theme “The Road to Prosperity”, and Xiajia Town of Lingyun County as the sub-venue for “Longevity Town” themed part of the show. Covering folklore, intangible cultural heritages, songs and dances, acrobatics, magic and other art forms, the performance adds to the festivity and peace amidst joy and laughter during the Spring Festival.

Handicrafts such as colorful silk balls with local cultural features are seen everywhere on the stage. The traditional New Year delicacies, the traditional costumes of various ethnic groups in Baise, the giant Fu (Fortune) and Chun (Spring) calligraphy, and the mascots for the Year of the Ox, among others, set off a joyful and festive vibe. The program also incorporates a wide array of intangible cultural heritages such as Trombone of Lingyun County, Dragon Dance of Leye County, Malv Dance of Jingxi City, Taige Show of Debao County and Damoqiu Acrobatics of Longlin County, cultural performances with local characteristics, and local customs of celebrating the Spring Festival, bringing together excellent shows from around the city.

Ding Lihua, director of Baise Culture, Radio, Television and Tourism Bureau, said that the program is an epitome of Baise’s unique folk culture, local cuisine and cultural and tourist highlights. Through the demonstration of poverty alleviation achievement in Baise, the stories and spirit of the city in poverty alleviation are promoted and Baise’s cultural and tourist brands will garner great popularity across the country and beyond.