It’s actually been over two years after my last visit to this quaint town in Camarine Norte. Daet still remains so mysterious in my heart. Daet is by far the most unexplored and undeveloped destinations in the Philippines today but admittedly it’s home to some of the most breath-taking views I have ever visited across the Philippines.

There is a list of places that one cannot be missed on your Daet itinerary. From Food Adventures that offers a local food tour to delighting your curiosity and your appetite. For a lot of extreme water sports enthusiasts, the best destinations to surf would be the one where wind, swell, direction and tides meet. You’re in the right track baby because Daet is really meant for you.

Governor General Miguel Lopez de Legazpi sent Captain Juan de Salcedo to locate the rich gold mines of Paracale in 1521,. On his arrival, Salcedo found thriving settlements built around the gold mines in Paracale and Mambulao (now the municipality of Jose Panganiban) as well as in Daet and Indan. Salcedo found the mines of Mambulao and Paracale “to be perfect, very rich and more than thirty or forty estados in depth.” In the thriving settlement of Daet, the Spaniards noted that the houses were clustered together for safety and protection. Thus, the word Daet came from the Bicol word dait-daitan which means close to each other. 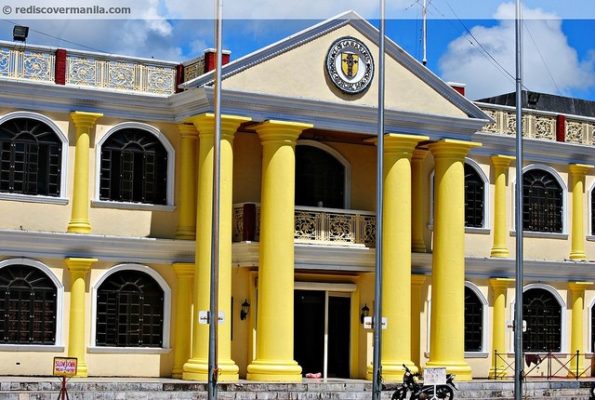 The Provincial Capitol through the years has become a significant institution to the everyday lives of its people. The Provincial Capitol of Camarines Norte is indeed one of the most fascinating provincial capitols in the Philippines. The building and the landmark in itself is dubbed as the most poshly and elegantly constructed provincial government in the Bicol region. The facade of the building is supported by twelve columns that symbolizes the twelve towns of the province. 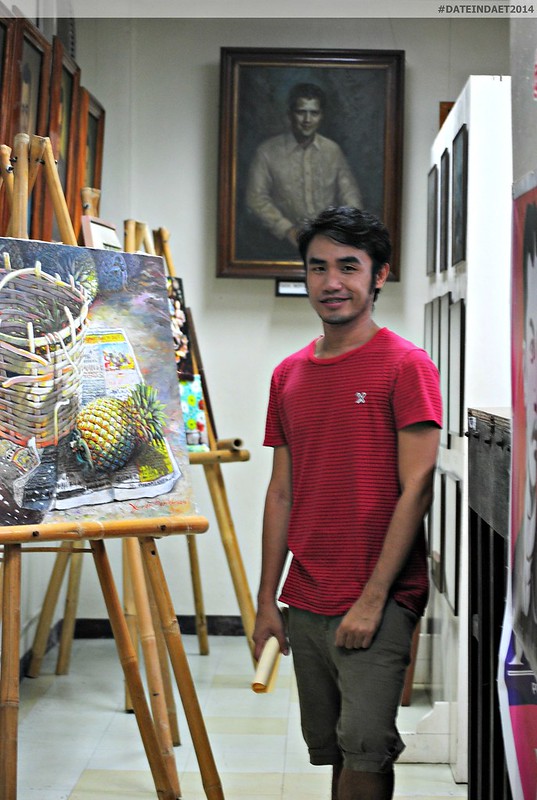 Meanwhile, Museo Bulawan, the community museum of Camarines Norte which is located near the Capitol building houses wonderful and rich heritage of artifacts and collections that tell about the history of Camarines Norte. The collections include old photographs taken during the World War II, portraits of past governors and some local heroes. Some of the prominent names are General Vicente Lukban, Wenceslao Vinzons Sr., Captain Tomas Zaldua and Lt. Col. Francisco Boayes. 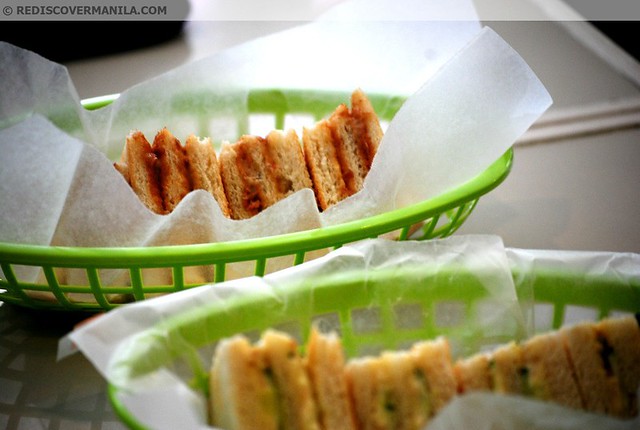 KICK Milk Tea is the first tea shop in the town of Daet, and in the province of Camarines Norte, boasting with some of the most delectable and healthy tea drinks, and snacks. I personally tried their Yakult Wintermelon Tea including their spicy cheese pimiento and tuna sandwich which was so perfect. 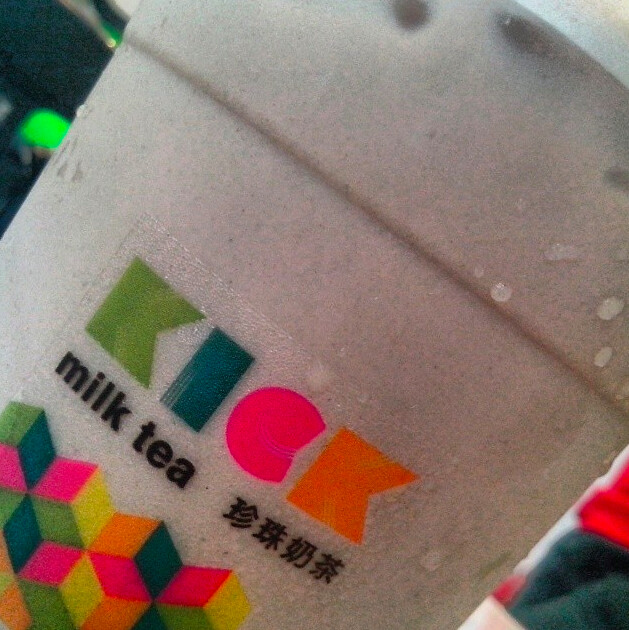 Ibang-iba talaga ang “Kick”! A great refreshing combo under the heat of the summer. 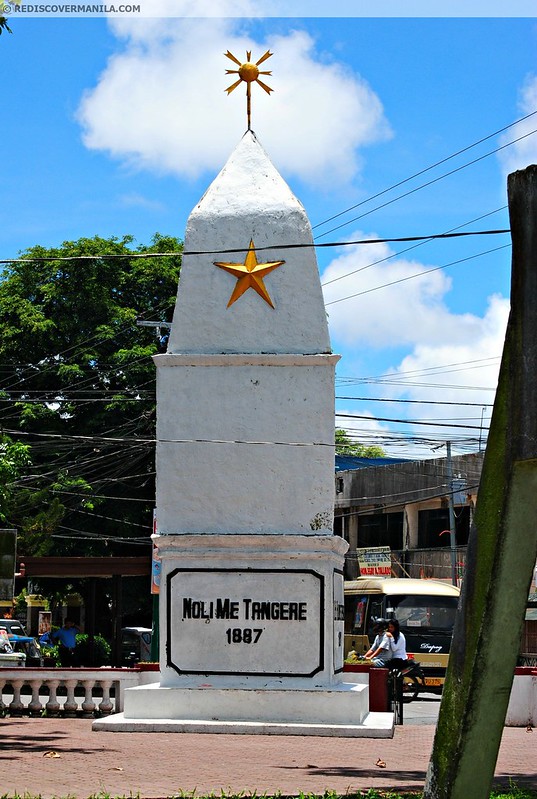 On the banks of Daet River, construction of the Rizal Monument started Dec. 30, 1898, in compliance with the 1898 decree of Gen. Emilio Aguinaldo, President of the Philippine Republic, to observe Dec. 30 as a national holiday in Free Philippines. It was completed in February 1899 and inaugurated only in 1912. By virtue of this act, Camarines Norte became the first province to celebrate Rizal Day.

Daet is the destination where the first Rizal monument was built that occupies a distinct place in the annals of nationalistic struggle not only in Camarines Norte, or in Bicol Region but even in the entire country. 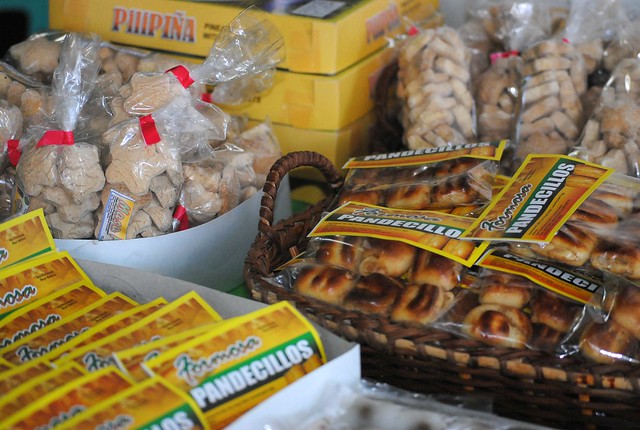 The Pilipiña Pie is a delectable pastry pineapple pie with Pili nuts that is truly a must try and uniquely Daet. A product of Daet Food Producers Association located at Lag-on Central Terminal, Daet 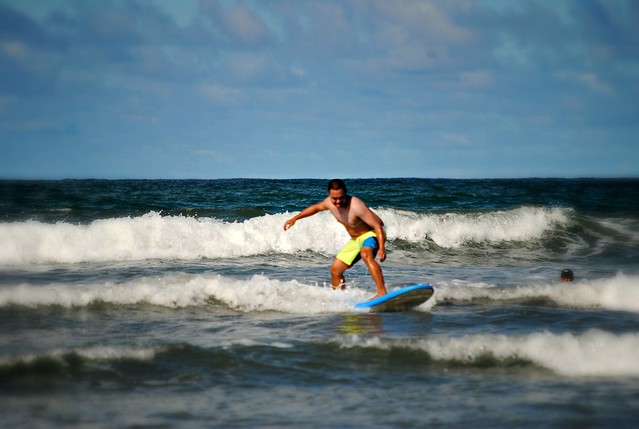 EVERY SURF IS DIFFERENT – Surfing never gets boring perhaps because each moment and every time you go on surfing the wave it’s different to the previous surf you had! The only difference is it could be better or worse than the previous experience. Sometimes you just hit the tide in the perfect shape that just gives you the liberty to turn left or right and then there is no better feeling when you actually land it and ride out of it. Feels like you’re the ultimate rockstar and the best surfer at that moment. Try to catch some waves at Bagasbas Beach in Daet, Camarines Norte.

Take a plunge at Bagasbas Beach where you can learn the basics of surfing (Bagasbas United Surfers’ Association which can be found at the Bagasbas Aquamarines Park. Php 200 for instruction per hour and Php 200 for board rental per hour. 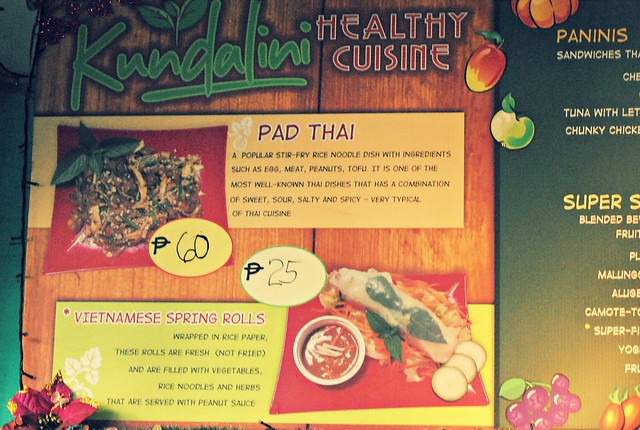 PAD THAI at Kundalini-“Oh, I am craving for the Pad Thai.” It’s absolutely the most thrilling part on a Thai menu. I love trying several types of Thai dishes. But Pad Thai is just always so mouthwatering, with its tasty combination of stir-fried noodles, eggs, peanuts, lime, fish sauce and peppers and spices.

Also available at Kundalini are milk teas and fruit teas, hot and iced coffee, hot herbal teas and other sandwiches. 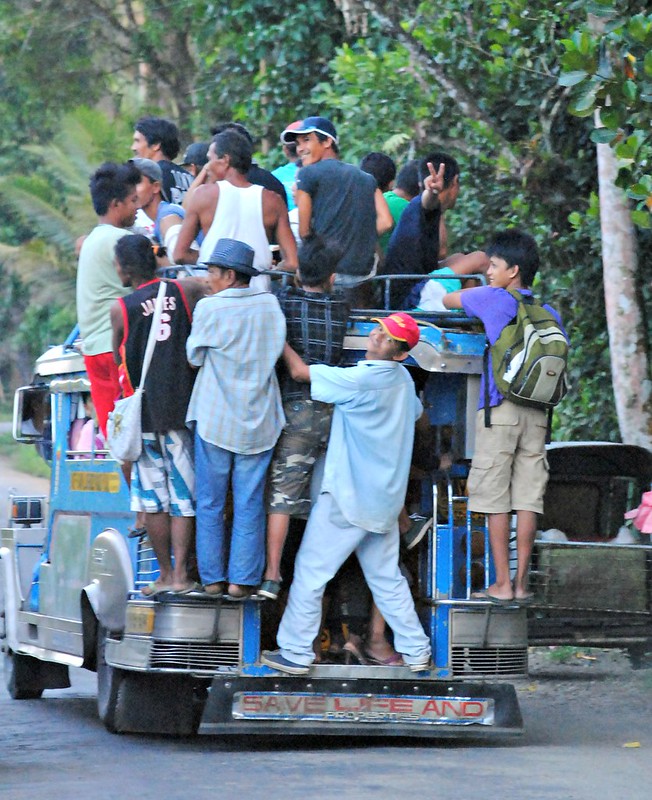 I suddenly remember my top-loading experience in Banaue and in Sagada. Seeing folks like this will make you try to experience a different kind of high. Top-loading is fairly common thing Filipino locals do in provinces. [ Gusto ko i-try ulit at mag-emo kumanta ng Love on Top ni Beyonce or Top of the World ng Carpenters ]. 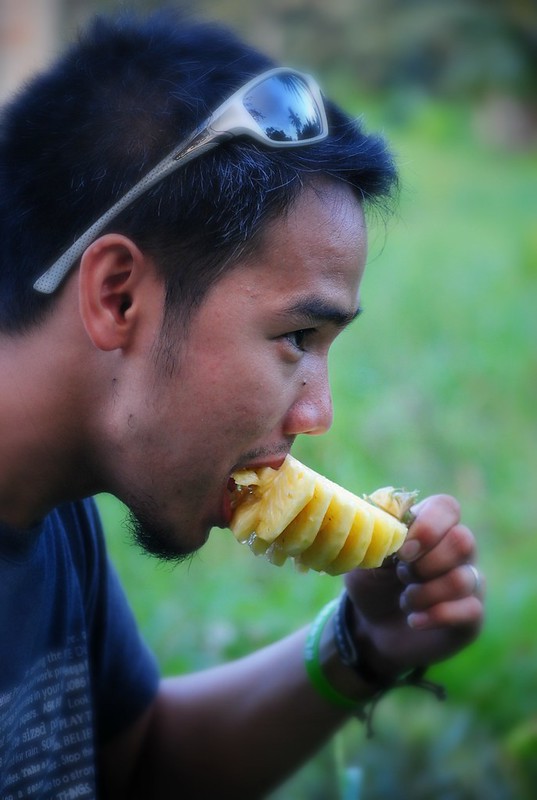 The pineapple is a symbol of hospitality and warmth. So I would not be surprised when people from the town of Daet are so friendly. Just before dinner, we visited the Pineapple farm which is closer to the residence of the incumbent Mayor Tito Sarte Sarion.

Daet pineapples are one of the sweetest pineapples in the world because of the abundance of potassium in their soil.

Napakasarap talaga ng Pinya nila and no doubt you will eat all of them!

Pineapple Island Resort, our home away from home is the premier water park in the province of Camarines Norte,Philippines. The beautiful resort is sitting on a 50,000 square meter property covered by a lush pineapple plantation where the sweetest pineapples in the world are grown. 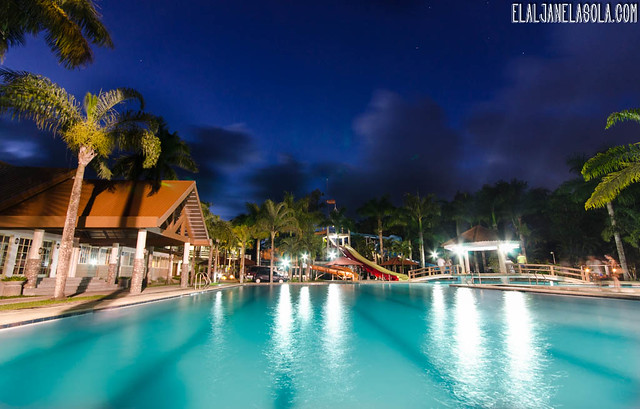 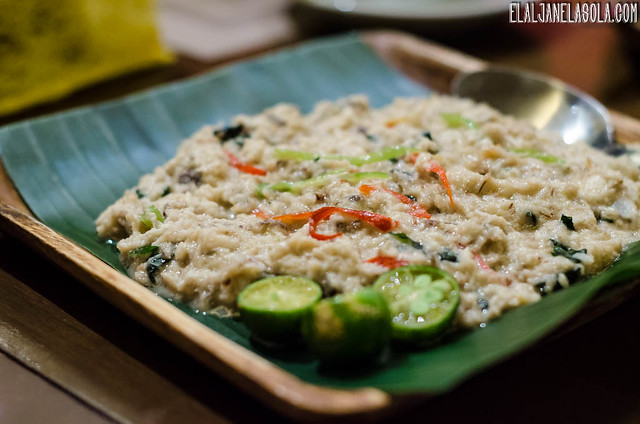 CHEF MAMA should not be missed in Daet.

I was too aghast when I learned about a blogger from Poland that she would rather go hungry than to eat Filipino Food. Sorry girl but you may have missed some of the best cuisines in the Philippines. Bicol boasts several dishes which are to die for! Now I am craving for Bicol Express, Laing, sinantol, pinangat and the kinunot which is Manta ray cooked in gata. 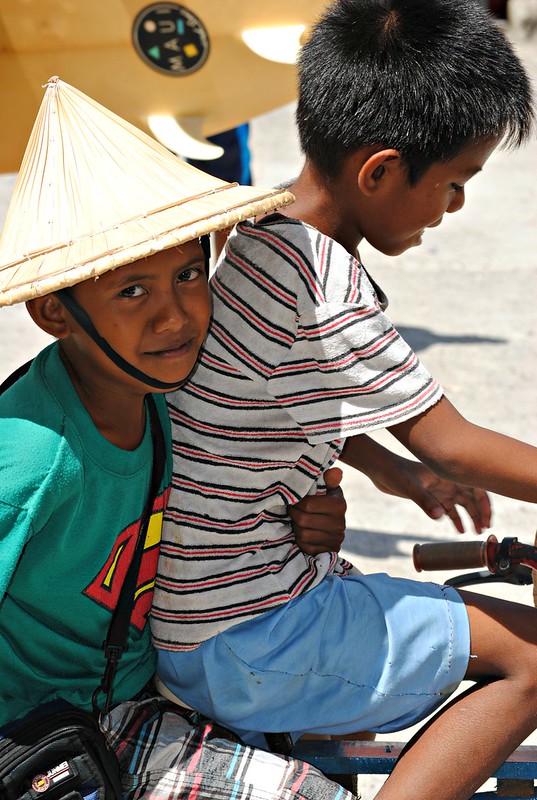 Discover the Heart and Soul of your weekend Destination, by immersing yourself in the culture with unique local experiences. Hang out with locals on your travels and you will definitely learn more, make lifelong connections, and have unique travel experiences that you’ll never forget. 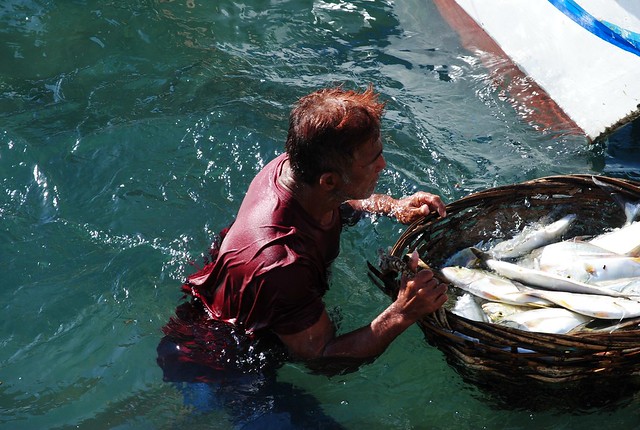 Bring out the little villagers in you as we spent our morning at the busy working fishing port of Mercedes, a second class municipality in the province of Camarines Norte, Philippines. Activities include walking at their wet and dry market, dining on fresh seafood, Plus the opportunity to see the hardworking fishermen upclose as they unload their catch whilst the others prepare the fish for their buyers. Each buyers has their own strategy to negotiate with the pricing. 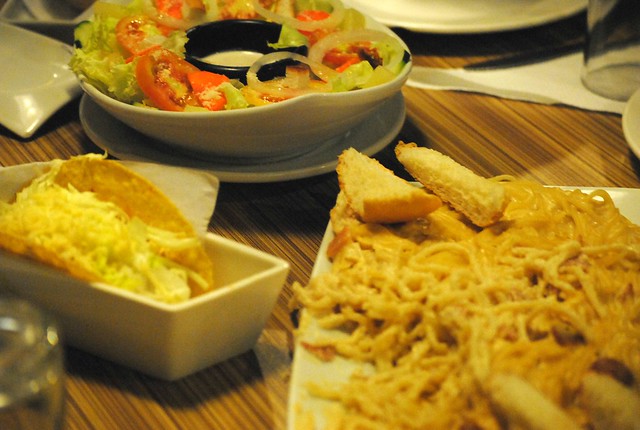 In addition to the surfing waves of Bagasbas Beach in Daet, Camarines Norte, one thing you should not miss when hungry is Alvino’s Roast, Grill & Fry

Alvino’s is a casual dining restaurant located at Bagasbas Road, Bgy. Borabod, Daet. They serve a wide variety of Filipino and some Italian Dishes. 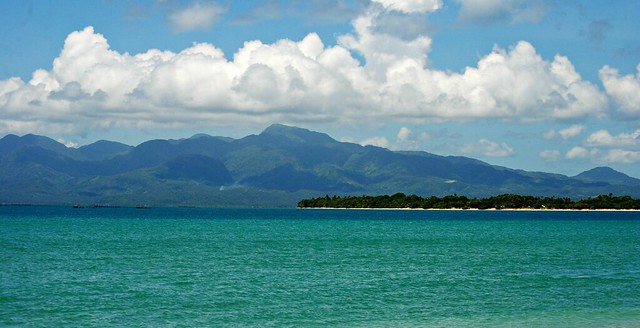 The Philippines has 7107 islands and Apuao Islands is just one of them. Imagine yourself trekking across the mysterious forests of Apuao Islands to the surrounding white beaches. from the small Malasugui Island to the magnificent Canton Island. And of course, the Canimog commonly known as the Crocodile Island where the 1927 lighthouse was built to the captivating Caringo Island which is famous for Falconete Point.

HOW TO GET TO DAET

Camarines Norte is about six hours drive from Manila through lush forests and picturesque seascapes. Leave Manila before dawn and eat a sumptuous breakfast of native dishes in nipa huts along the highway. Drop by fruit vendors along the way and savor the place’s most delectable fruit – the piña. Before noon, you’ll be in Daet, the capital, in time for business or pleasure. You can ride a bus from different bus companies like Amihan, Superlines, and PhilTranco in the terminal located in Pasay and Cubao.

Camarines Norte can also be reached by air through the Pili Airport in Camarines Sur.  Airline companies like Zest Air, Philippine Airlines and Cebu Pacific have routes from Manila to Pili, Camarines Sur. From the airport you can take a bus or a cab to Daet via Naga City, Camarines Sur’s capital and home to Bicol’s Patroness – Nuestra Señora de Peñafrancia.

If you’ve read about things to do in Daet on other travel blogs, these photographs might come as a surprise to you- like I had no idea I was in Daet! I bet when you’re in Daet I am pretty sure it will delight you – and ultimately, to inspire you to look and book for cheap flights, pack your bag and take your own trip to Daet.* 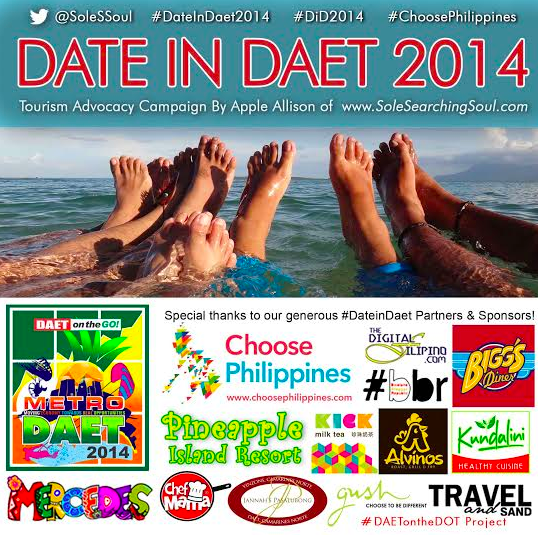 DATE IN DAET (#DiD2014) is tourism advocacy campaign organized by Apple Allison of SoleSearchingSoul.com in partnership with ChoosePhilippines.com, supported by DigitalFilipino.com and co-presented by the Local Government Unit of Daet headed by Mayor Tito S. Sarion under the Daet on the DOT Program.

MANY THANKS TO #DATEINDAET2014 PARTNERS & SPONSORS:

Separate articles about our destinations during #DATEINDAET2014 will be published atwww.juanderfulpinoy.com. I felt there’s a need to post a separate article on each destination to give justice to the extraordinary delight we experienced in Daet.