Madrid is located in the center of Spain. This city offers visitors many cultural activities, museums and trips to nearby historical towns. Several airlines connect Madrid to other cities, and the city is only a short flight away from Barcelona, London and Paris. 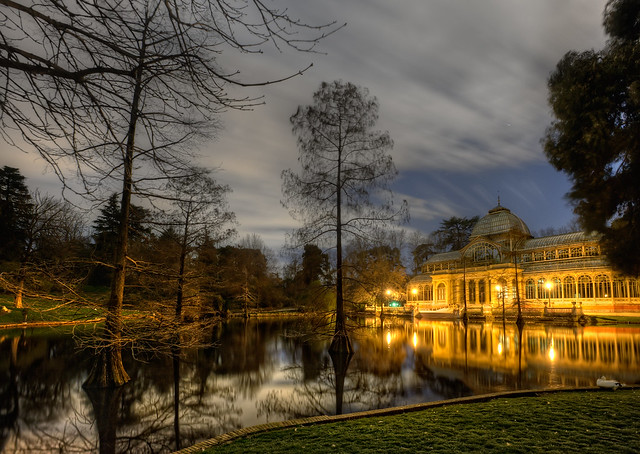 Many visit this city for its museums. The three main art museums are the Prado Museum, the Reina Sofia Museum and the Thyssen Bornemisza Museum. The three museums form the Golden Triangle of Museums, an area located near the main train station of Atocha. During some afternoons visitors will be able to explore the museums without paying the fee for the permanent exhibition. In the Plaza de Colón square, located north of the city center, visitors will find the Archaeological Museum. The official Real Madrid Museum is located in the Santiago Bernabéu Stadium, Real Madrid’s stadium.

Walk around the historic old quarter

Madrid is a city that can be explored on foot and by public transport, which connects the city to nearby historical towns. The city’s historical quarter is located in the city center, near the Puerta del Sol area. The city’s symbol, the statue of a bear reaching for a madroño tree, is located on this central square which is a popular meeting point. A short walk away is the Plaza Mayor, a large square known for its architecture, terraces and street artists.

A couple of streets away is the Palacio de Oriente, the city’s Royal Palace. Visitors can explore forty of the palace’s more than two thousand rooms. There are many halls decorated with Velazquez’s masterpieces and visitors will be able to explore the Throne Room. After touring the palace visitors can enjoy a stroll in the Sabatini Gardens, known for the many statues that decorate the paths and their views towards the city center.

Enjoy views of the city center

After visiting one of the city’s main art museums visitors can enjoy a stroll around the city center. The Communications Palace, which used to be the main building of the Spanish postal service and then city’s Town Hall, is one of the main architectural landmarks in this area. This large white building, built in a Gothic style, has an observation deck on one of its floors from where visitors will be able to enjoy views towards the boulevards and the rest of the city center.

Another large palace is the Círculo de Bellas Arts, a cultural center dedicated to the fine arts. Many exhibitions are organized in this palace and visitors will be able to explore the many galleries filled with art pieces. The palace’s cafeteria is known for its views, and there is another observation platform near the dome of the building.

Take a trip to one of the historical towns

Near the city there are several small historical towns filled with ancient buildings. These towns can be reached by bus, local trains and private cars. The town of El Escorial is located to the north of the city and is known for its large monastery and its gardens. The monastery used to be a Royal Palace and tours are organized around part of it. Farther north is Segovia, a city famous for its ancient Roman aqueduct. After visiting the Alcázar of Segovia, an ancient fortress filled with ancient tapestries and suits of armor, visitors will be able to enjoy cochinillo asado, roast suckling pig, one of the region’s most popular dishes.