It breaks my heart seeing the massive damage to the infrastructure in Cebu and in the province of Bohol particularly our heritage sites.

The earthquake started around 8:12 in the morning and was also felt in the nearby provinces of Cebu, Masbate, Iloilo, Samar, Negros Oriental, Siquijor and in Northern Mindanao.

The Office of Civil Defense said at least 93 people have been reported dead after a magnitude 7.2 earthquake hit the central Philippines,  69 of those confirmed dead were from Bohol according to reports.

Photo below: Happy memories of my solo trip in Bohol in 2009. 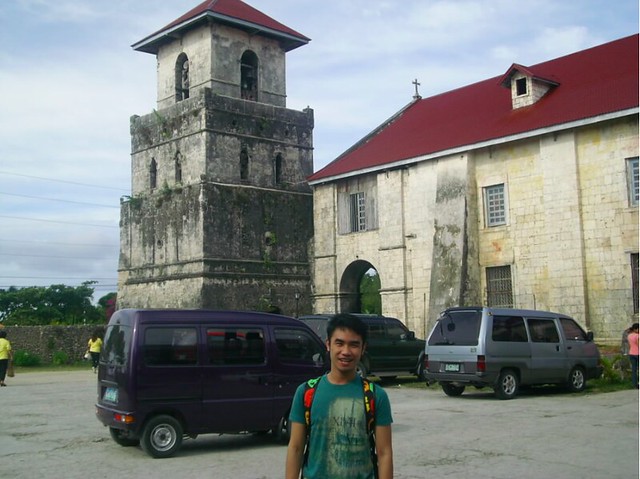 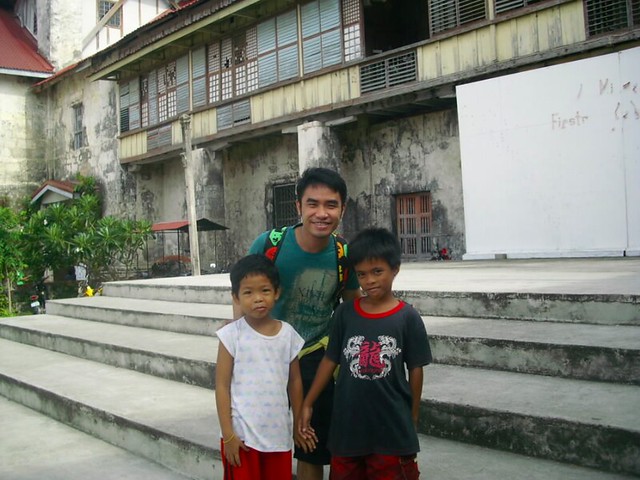 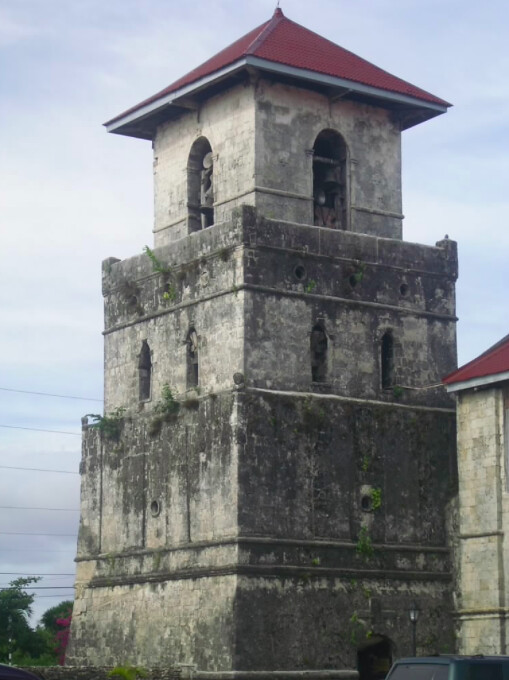 In a social media platform Twitter, I found some of the heart-breaking images of damaged structures, buildings and roads. Loboc Church in Bohol collapsed from the front and center. Photo credit: Robert Michael Poole 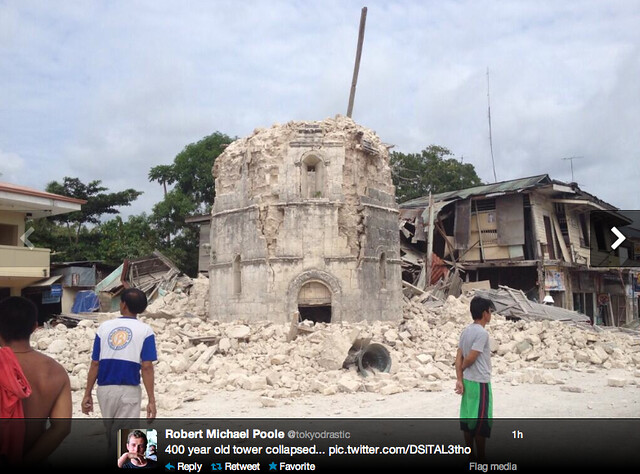 A century-old churches in Bohol such as Loboc Church, seen in the photo, were heavily damaged by the 7.2-magnitude earthquake. 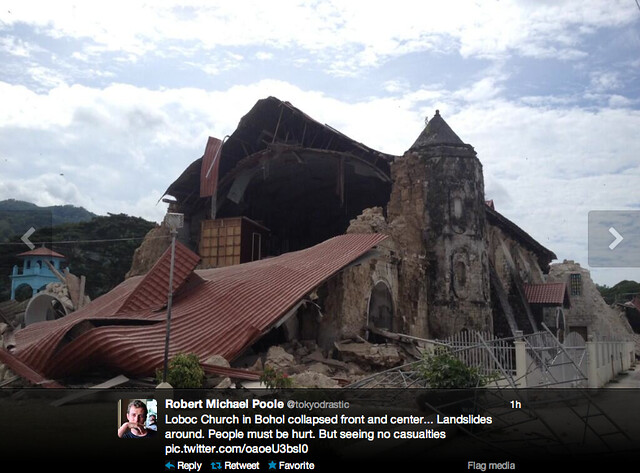 According to the local government, damage was reported in some structures in the province. Many of the historical sites and oldest churches in the Philippines can be found in the province of Bohol. The churches of Loboc, Baclayon, Loon and Dauis, which are hundreds of years old, were seriously affected.

These sites are like a portion of our historical and cultural identity which was destroyed instantly, more than centuries old history which was lost eternally. Nature takes things apart, I wish I can do something to put it back together again. But looking at things in a positive perspective I know these heritage sites will rise again, hopefully in the near future. Admittedly, they wouldn’t be the same again. Ruined, but somehow we have it in our hearts, because we documented it, we preserved it in our own photos.

I am deeply saddened to learn about the news early this morning, the damaged historical sites and other infastructures but what I am most worried and concerned about are the people. Keep safe everyone!

Have you been affected? Send us your photos and comments using the form below.