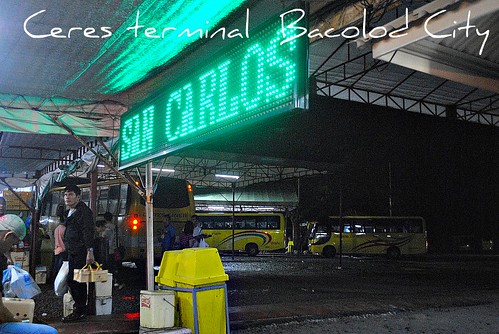 After a successful trip in Bacolod City , I intended to visit cebu based blogger friends for a beach hopping . It was also a memorable solo trip which I did the last month. I did this wonderful journey at the end of 2011. My very first roro experience (Ro/Ro vessels are ships in which the cargo is loaded and unloaded bymeans of vehicles that drive onto the ship and haul cargo to and from).

I took the Ceres aircon bus at the Bacolod North Terminal . There are scheduled trips for you to choose from so make sure that you catch the Bacolod Cebu trip. The fare is about Php420 and travel time takes six to eight hours depending on the traffic and route. If you want to kill time and try the roro experience, I must say that this trip can really be enjoyable. If you want to be in Cebu in less than an hour then you can catch a plane at the Bacolod Silay airport. 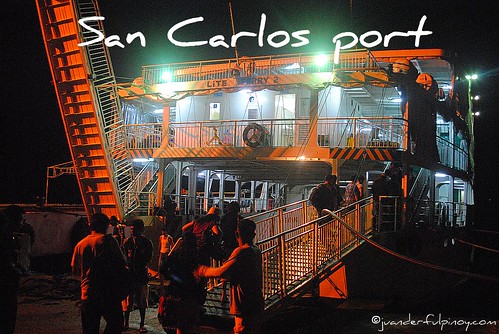 Buses from Bacolod passes through Talisay , Silay and nearby cities. Just wait until the bus arrives at the San Carlos port , which is the eastern part of Negros Island.

I left Bacolod City at thirty minutes passed the hour of eleven . Our bus arrived at the San Carlos Port at around three am . Paid Php20 for the terminal fee. We waited until 5am and waited for the bus to load on a barge. Travel time takes approximately an hour and a half.

I arrived at the Toledo port and resumed my trip and headed to Cebu City South Terminal . I arrived at exactly 9am. 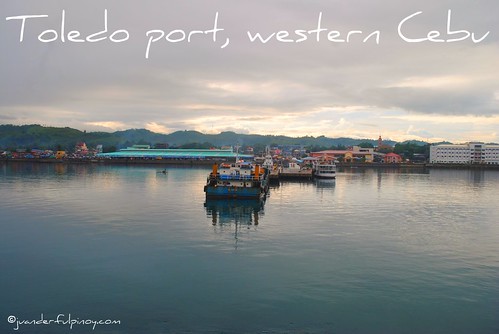