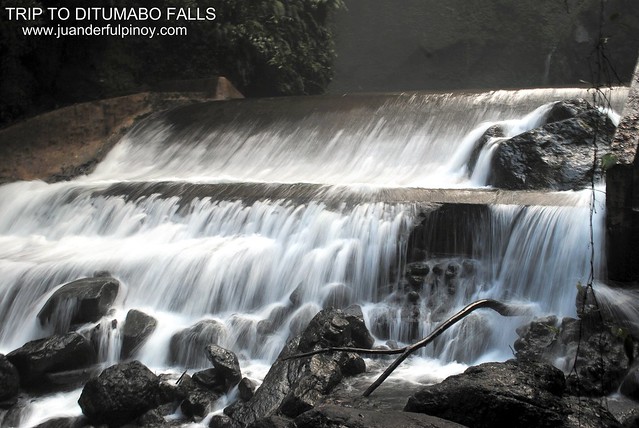 It was entirely an incredible experience to enjoy scenic views in Baler. After a sumptuous lunch at Gerry shan, we found ourselves on the street again going to the town of San Luis. San Luis, Aurora is almost the same size of Metro Manila and  the 2nd class municipality in the province of Aurora. 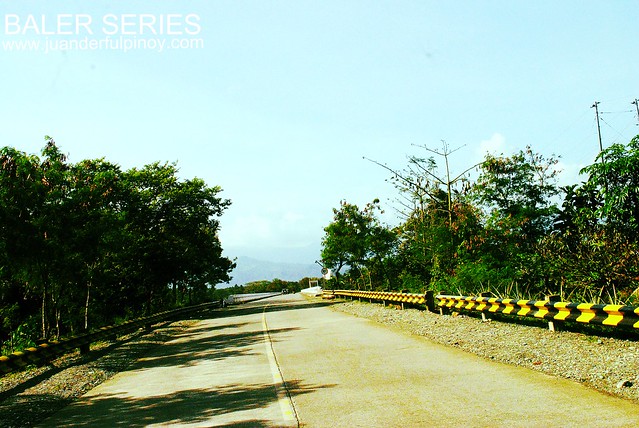 It was on a very clear sunny day. The sky up above looked very bright in blue . I am really thankful that each day I live and experience in such a lovely part of the world. We were very excited to see Ditumabo falls. As our tricycle passed through an extraordinary beautiful landscape, I found a genuine dramatic and incredible views of rolling hills and mountains. There are approximately 104Km of roads in the municipality of San Luis which can be classified into national , provincial and barangay roads. We also passed by a couple of bridges too. I found out that there are 7 existing bridges in San Luis. 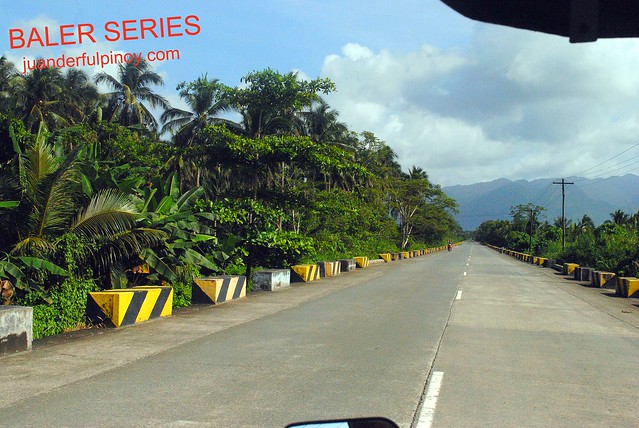 The town of San Luis is truly remarkable . I was hoping we could have explored more of the town . I was also impressed with the numbers of long and wide bridges along the provincial highway. The town is well worth the trip , I must say. Medyo nakakapagod nga lang at sobrang layo. 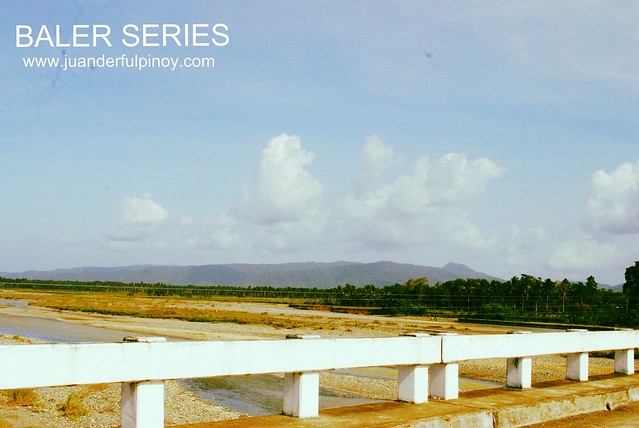 This is just another scenic view from the bridge. 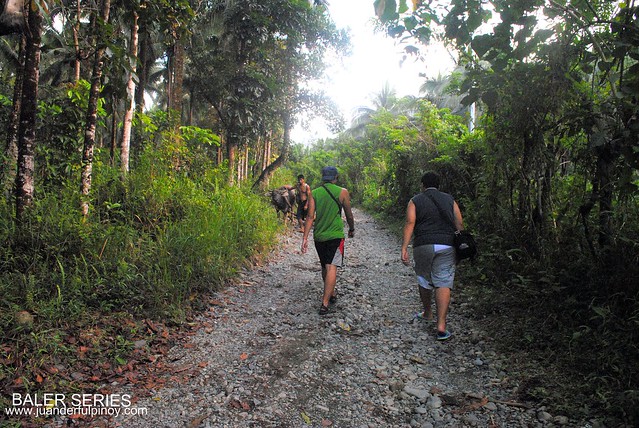 The road to the jump off point was extremely rough. And the approximate time could be up to 15-20 minutes. ( Ilang beses yata akong nauntog ng mga panahong yun). Just as when we were about to reach the jump off point , one of the tricycle tires broke in the middle of the road. The tires were totally broke down. ( Hindi na kinaya ang powers ng mga bato). 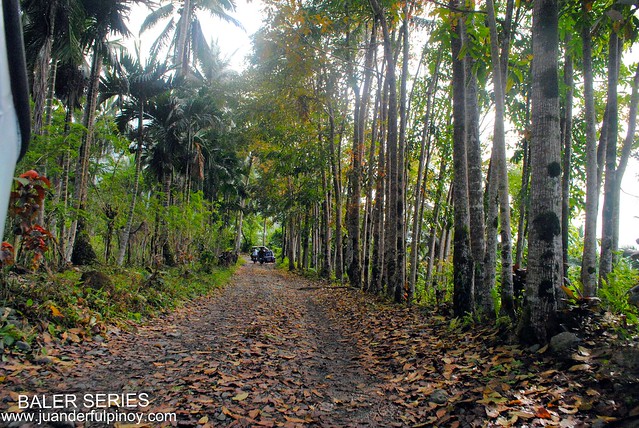 But that was just fine. We have made a decision to just walk to really feel the nature . The time we spent on walking just to get to the jump off point was 20 minutes. . I felt a  sigh of relief when we reached the jump off point. 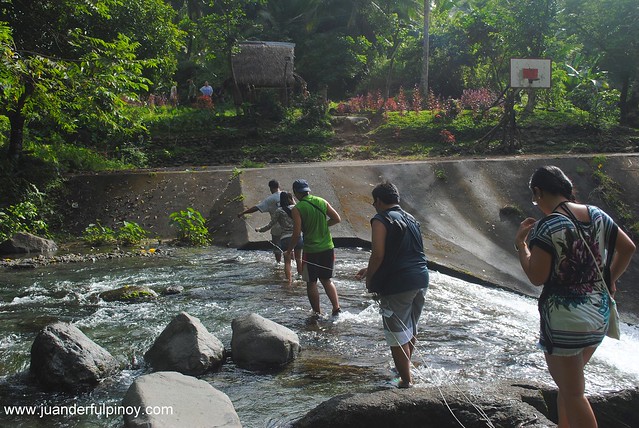 To reach the Mother Falls . One must cross a river numerous times. I realized crossing a stream or a river is fun but it is tough and very challenging specially for a beginner like me. I told myself I need to strategize in order to pass through the strong current of a river. I tell you , it was never easy . Almost everyone one of us fell on a semi sharp rocks but it was all worth it. 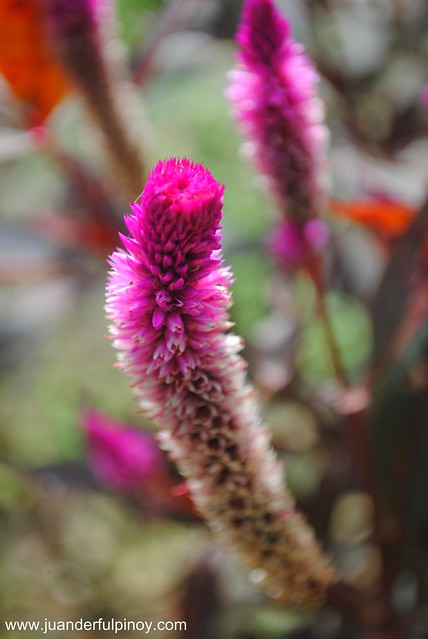 I just saw one of the beautiful flowers in the area. It was really stunning. And I thought you guys would appreciate to see how pretty these flowers are! There are other beautiful flowers and river trees too but this one caught my attention. 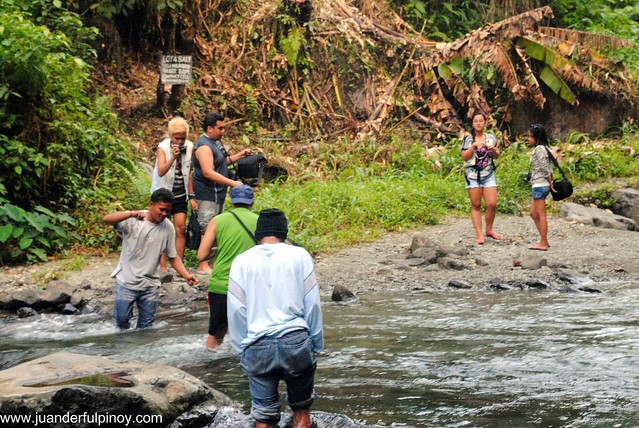 This was another attempt in crossing the river. The water current was fairly huge and strong. This particular trek was way a lot more challenging and hard than I thought it would be . I felt we were trekking in a lost jungle. I gathered all my positive vibrations but I guess sometimes we can always have bad luck . I just slid down a big rock covered with mud so it was literally slippery. So expect you will be covered with mud and sweat. 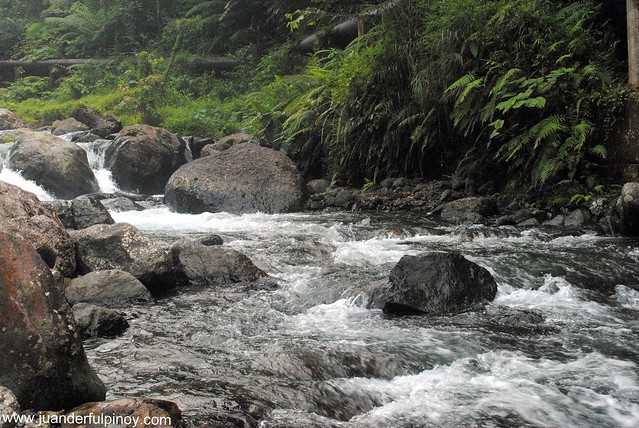 It wasn’t raining however I could feel the coldness of the atmosphere. I tried to alter what I felt by wearing a jacket. 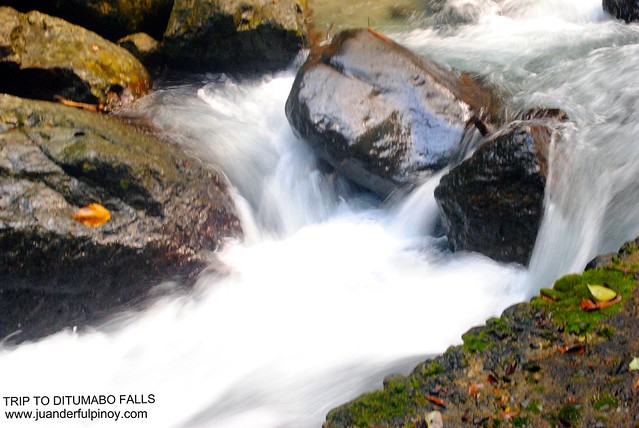 We reached the paved path where we saw a couple of smaller waterfalls which we thought was the Ditumabo falls. There were series of small waterfalls . I found myself staring at the edge of a waterfall , watching as it gently flows. I really felt so strange but I guess somehow I knew why I ended up there. ” Ang Emo lang”. 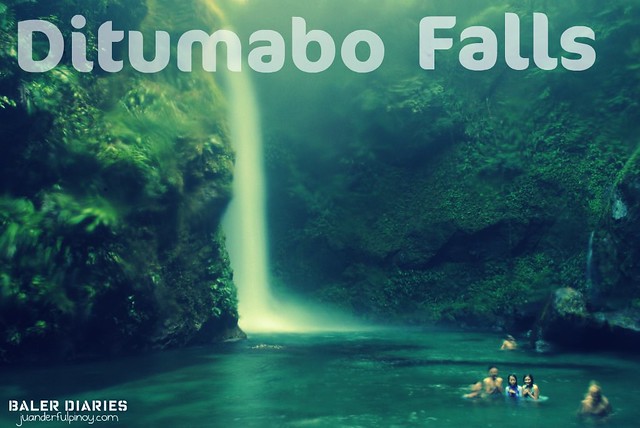 Ditumabo falls is located within Ditumabo Diteki watershed reservation and can be reached in less than an hour.

The funny thing is We tried to fight for the cold water as long as we could . We took photos , we swam around and enjoyed the water. We actually left a little after 15 minutes because we felt it was getting colder and late in the afternoon. We totally enjoyed the whole trekking experience . Honestly we left with a big smile . Thank you so much Ditumabo Falls for the great memory.