People walk into our lives, stay for a while, making everything alright and suddenly they walk out and turn their back on you. They say goodbye leaving the terrain of our souls in a state of emptiness promising that they will come back. I am reminded of how my father left us when I was 5. Sometimes we ignore this feeling but realistically, the depth of our loss is practically unimaginable. Drowning into an endless abyss of loneliness.

When I was in college, I never had regular friends. Perhaps I thought they would still leave me anyway or I just could not find anyone to connect with.  Probably it’s a lot better to be alone and just be yourself than to be with someone just to fit in and have people around you. It was in our school  library and a book store that I found my first set of friends Jon Krakauer, Bill Bryson, Peter Mayle and a lot more. At that time, I was convinced that I was born to be a nomad.

Through the years I have been so lost. I did not go out  that much and I spent a lot of time in my room until one day I realized that there are more than enough beautiful things to wander at that there is no room to complain beside living life is fun.

A chance encounter maybe exactly what I was looking for… 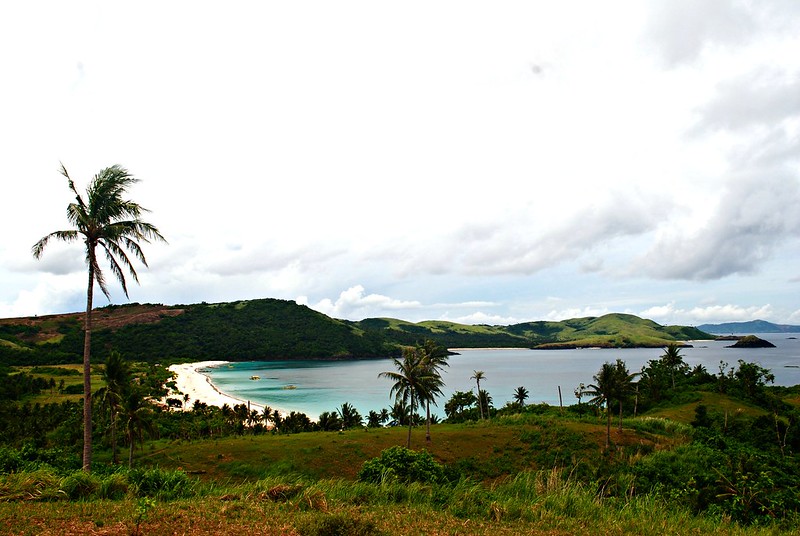 The sun is blinding yet I stayed up again. We took a 30 foot fishing boat anchoring us to Calaguas Islands, off the coast of Daet, Camarines Norte. I have situated myself closest to the bow as it is the best angle to shoot the island as we came closer. Our boat was revving up a little bit only to find out that we’re running at a normal speed. Arriving at the shallow waters of Mahabang Buhangin, the most photographed spot of Calaguas Islands, feels like a breath of fresh air. 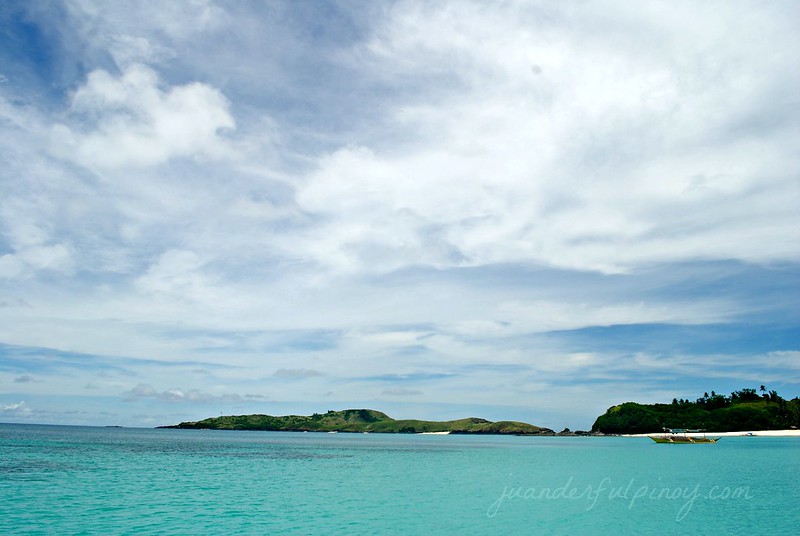 It was gorgeous, clear, aquamarine waters and powdered blue skies combined with a stretch of green lands in the skyline. I immediately plunged into the water to swim and play like an innocent child. I then followed a group of kids walking towards the green shrubs near the beach. 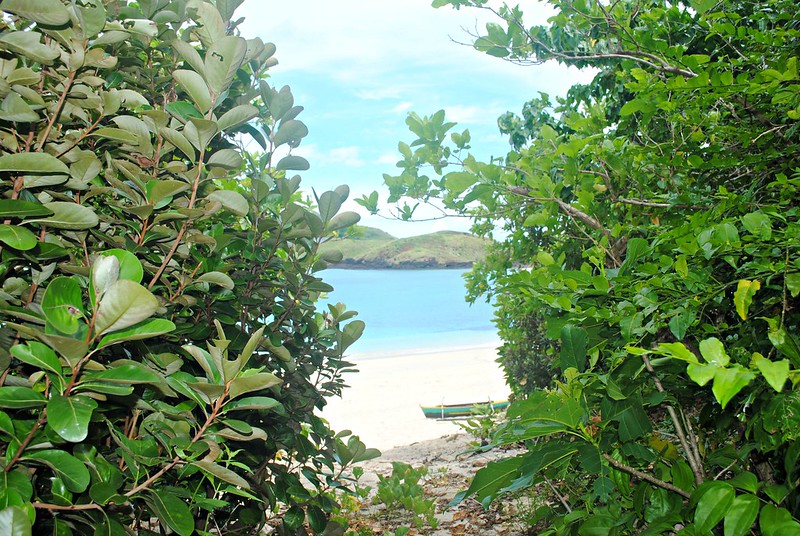 I met Lori, 12, was dressed in dark colors. He was wearing black shirt and red shorts. He looked as though almost faded into the shadow if not his smile. He came up to me while I was doing a self-realization and contemplation routine. That side of the beach has a fossilized dunes which allows visitors to rediscover and contemplate the uniquely crystal clear water among the stones.  He approached me with his innocent smile and said “Mukhang naliligaw po kayo sir!” [looks like you’re lost sir]. These kids joined me as I explored the other side of the beach. 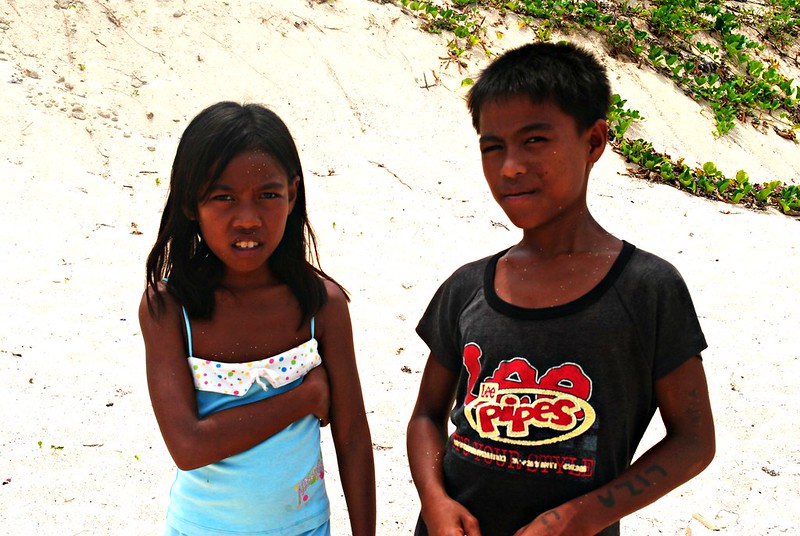 “Dito ako naglalagi pag malungkot po ako” [ I stay here when I’m sad] He whispered. It was kind of like strange yet so powerful. I always imagined that my life would be so much like Lori. Gloomy yet he’s shining bright at the same time. 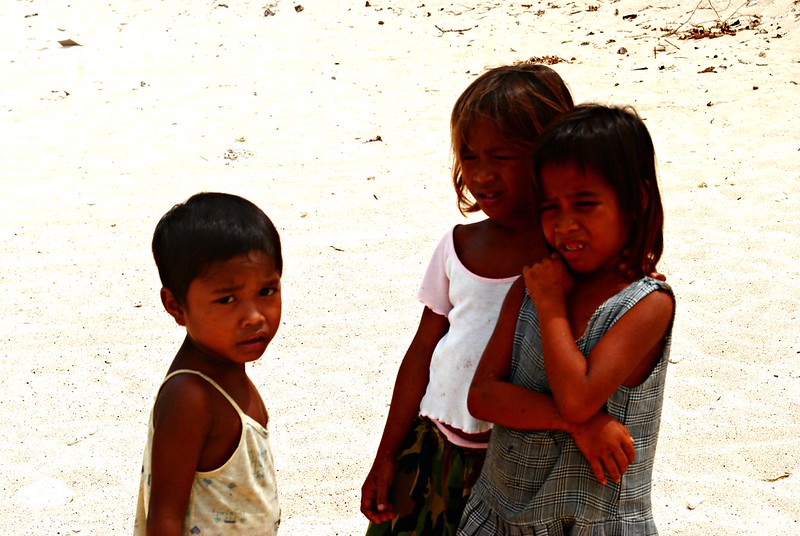 Admittedly these kids who, despite having nothing in this world, would simply brighten up your day with their smile and innocence. It was distressing though to learn some of their interesting stories, several of them had to work so hard for their families at an early age. Some had lost their parents, brothers, sisters and others had left by their mother or father. I  can imagine at such young ages they had to bear the hardship and pain without complaining. 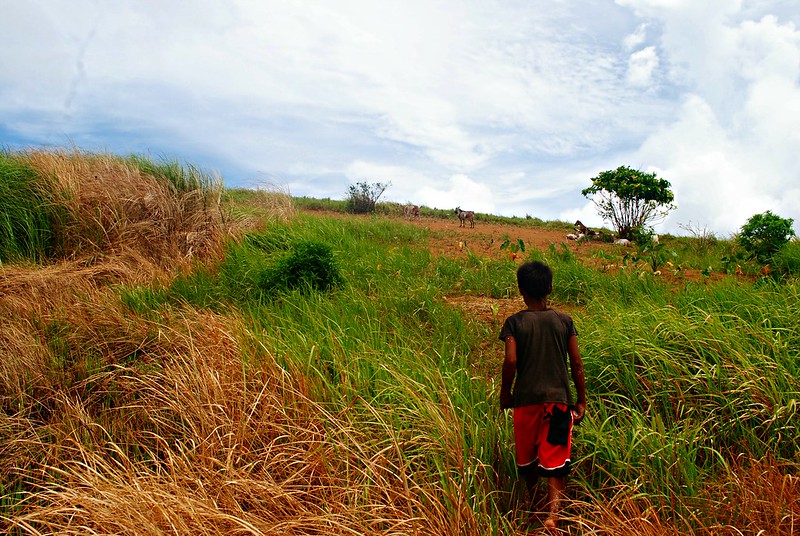 I can sense from their eyes they wanted to stay there just to have fun and play just like all the normal kids do. They just simply wanted to be children for a moment. So many had high hopes and aspirations of becoming a teacher or a doctor someday.

On our way home I imagined about what would they look like when they grow up and where would they be in five or ten years? What kind of people would they become? I felt so weak that their chances of having their dreams achieved were so slim.  I then realized I have so many things to be thankful for. We tend to forget how blessed we are and many people out there are more than willing to trade places with us. I was watching the scene while they were sailing away and simply hoping for the best in their lives.

We laugh, grieve and cry but still stand up and learn from our experiences. Traveling is the greatest way for us to know ourselves to meet friends and experience a different kind of life on the road. Some of us may cross paths for only one moment. But their influence on us and love for these people will certainly last a lifetime.

Do you ever feel like you have gotten lost in life? Surely there are really times when you stop for a while- trying to find who you are and what you really want in life. I have been down but certainly blessed at all times in my life. Most of the time I am always on the look out for cheap flights and airline tickets just to get away, pack my bags and explore things in new places. It feels ultimately great when you don’t worry about tomorrow – no limits. I guess it’s time to find and discover yourself  when you’re lost.