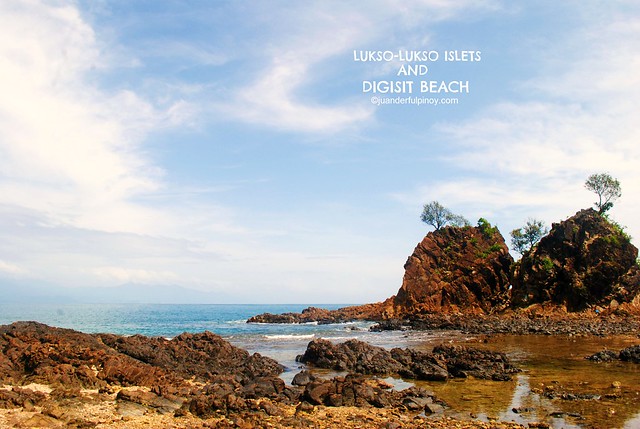 There are three  islets (off the coast of Barangay Zabali, Baler, Aurora) comprise the rock formations known as “Lukso-Lukso.” One of these small islands is connected to the mainland during low tides, white grainy sands, crushed corals and numerous seashells, some inhabited by hermit crabs, can be found. This island formation is the southernmost part  and is accessible to  all vehicles coming from Baler main town.

After a successful climb at the Ermita Hill, we headed to the Lukso lukso islets. So before I get into  the details , I would like to emphasize that this is  my favorite spot in the province of Baler. Although I did not have enough sleep at that time , I still managed to be alive and yes I was excited with our  pictorials. 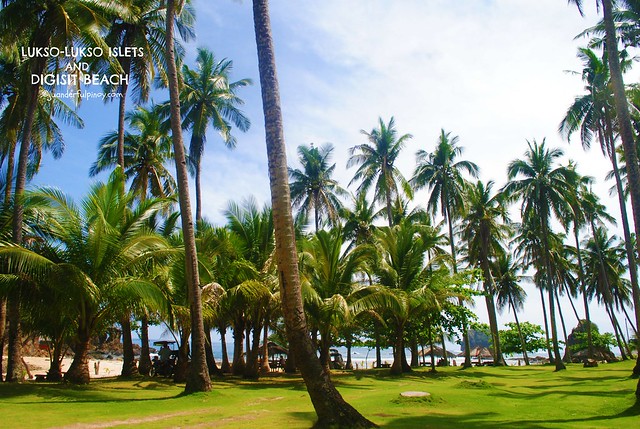 I forgot to mention on our way to Lukso lukso islets was a fantastic view you would never get tired of. I began to marvel about this town and whispered ” BEAUTIFUL “.  I was really hoping to stay a little bit longer here. 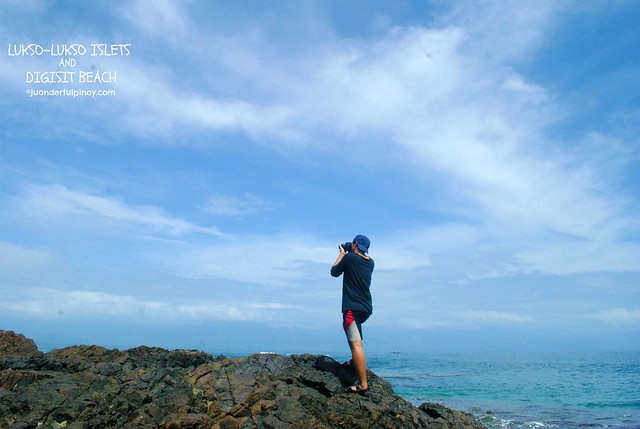 We only had a couple of hours to stay on that day , limited time lang talaga at least I have more reasons to come back . So I grabbed my camera and walked along the long stretch of the shoreline of Lukso lukso islets. We felt the scorching heat . The rays of the sun grew a little more and more blinding and the heat was more stifling. But we did not mind after all this happens once in a blue moon. 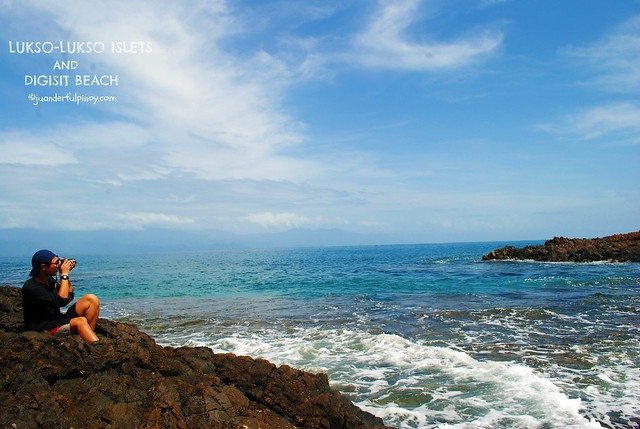 Lukso literally means hopping around. Lukso lukso has three islets near the beach which you could hop on. The islets are rock formations wrapped with greenery and beautiful bonsai like trees. This is my personal favorite really. Taking photos under the blue sky with gentle waves , interesting pattern of huge rocks , nice pebbles at the beach and the picture perfect dancing coconut trees at the picnic grove. 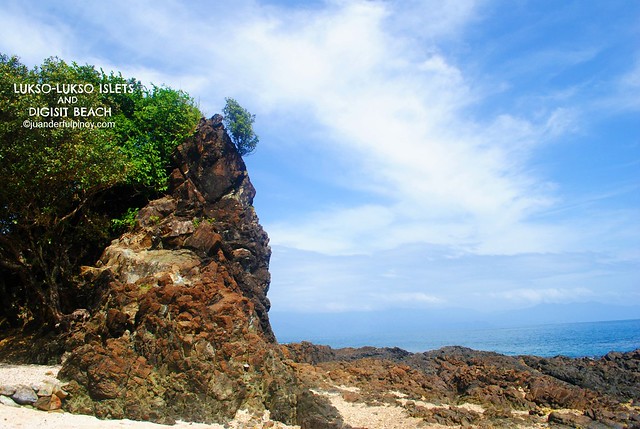 There were nipa hut rentals for Php300 but since we will only stay for a few minutes , we opted to squat near the beach . Entrance fee shall be paid individually if you will visit the place. Due to time constraints we have been unable to explore the entire beach but nevertheless we had a different levels of experiences . Maximizing the places to visit was a success at least somehow we built a strong connection with some of the intimate , beautiful and historical sites of Baler province. 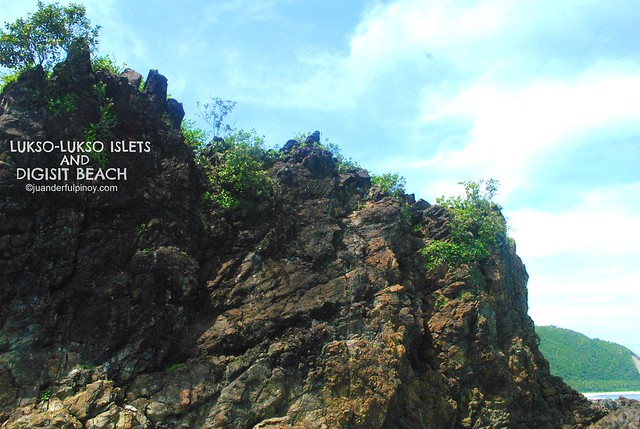 Those magnificent rock formations never fail to fascinate me . I really like the simple rock formations on this beach. Every particles of these rocks come from a soil on land. In time, the rock eventually breaks down into small particles by weathering and some are transported away. 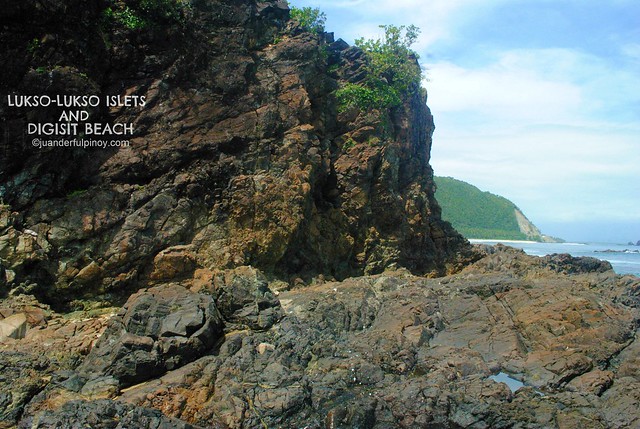 Just a heads-up , the sand entirely makes it hard for us to run as if we were running with smaller rock particles. Pretend you are running over a smaller particles of broken glasses lol. 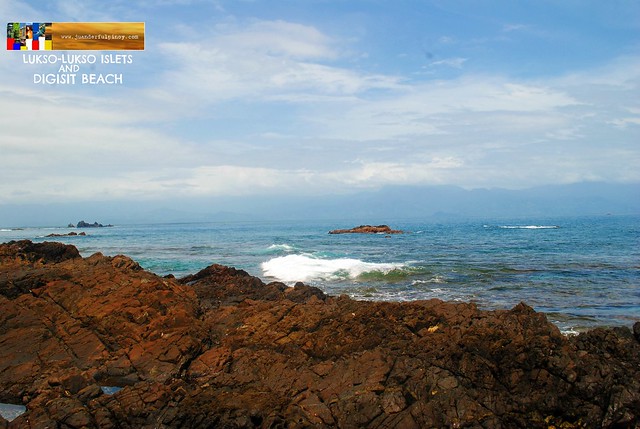 To get to Lukso- lukso Islets, one must take a tricycle from Baler main town to the South of Sabang beach. Travel time takes approximately five to ten minutes by tricycle. Under the sea reefs around these islets are reportedly perfect areas for divers during calm summer months . If you enjoy snorkeling then Lukso lukso is a great place for you. 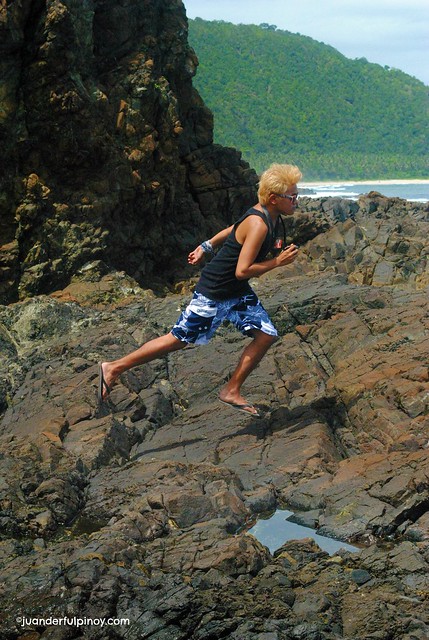 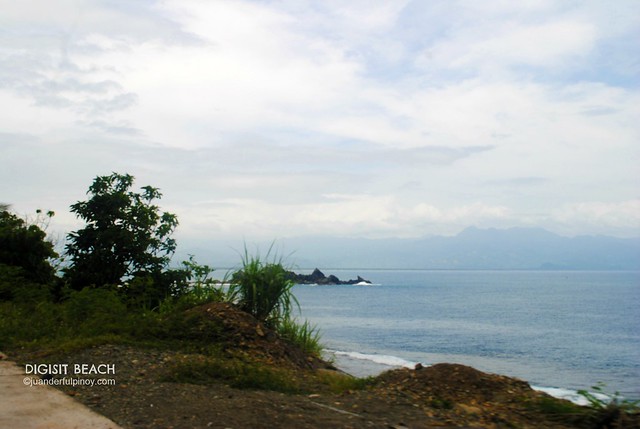 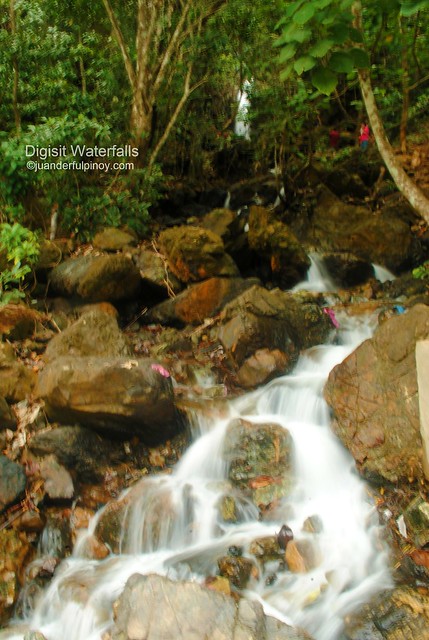 Another interesting sight to behold is the flowing waters of Digisit Waterfalls which is sitting near the main road. This attraction in Baler might be often missed because it was just  a smaller version of Ditumabo falls in San Luis, Aurora , but I gotta tell you , it’s beautiful . We gave ourselves a little time to spend it with this picture perfect waterfalls. Imagine yourself sitting at the foot of this small waterfalls along the main road. 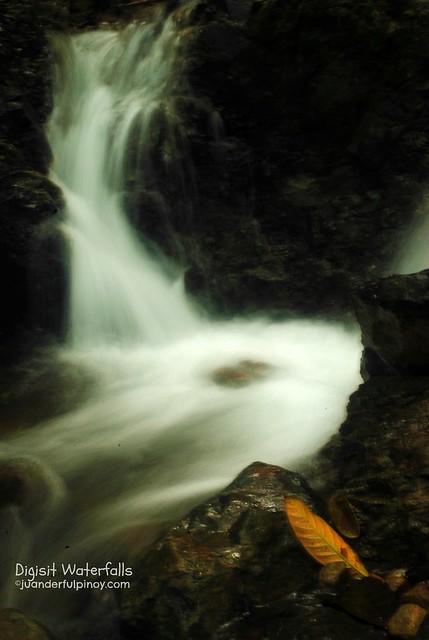 I miss you so much. I understand that some people throw garbage on you. I am going to make sure you will be taken care of. Calling the attention of the local government in the province of Aurora.

It was an adventure I will certainly remember. Touch the beautiful nature of Aurora province.  Group photo is courtesy of  The Travelling Dork.