42
SHARES
FacebookTwitter
Magellan’s cross ( which was planted  to signify  the important event  about the creation of the roman catholic  faith and what is now Cebu, in the Central Philippines). I was told that the original cross was encased with another  wooden cross to protect it as people started  chipping it away in belief that there is a miraculous healing powers. And government secured it inside a small chapel  called kiosk. Others believe however that the original cross was destroyed . The Magellan’s cross you see is strongly said to be a replica of such cross. It is located inside a small chapel infront of the city hall  of Cebu,  along Magallanes Street which was named in honor of Magellan. 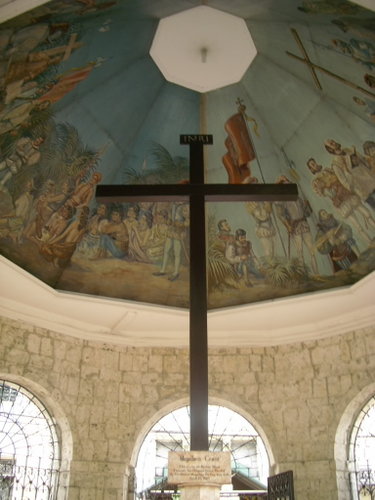 According to Philippine History , Magellan was killed by the hands of another  strong visayan chief, Lapu lapu, when he tried to colonize  the nearby island of Mactan. Mactan is also part of metro cebu. Both statues of Magellan and Lapu lapu stand  to commemorate the tragic meeting  of the East and the west part of the world. 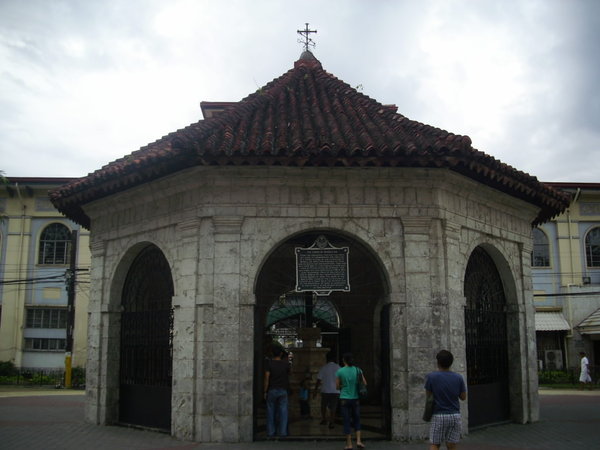 In 1565,  Cebu was visited  again by another European, Miguel  Lopez de Legazpi under the orders of King Philip  of Spain. He came and made Cebu the first  capital of Spanish colony known as Las Islas Filipinas. 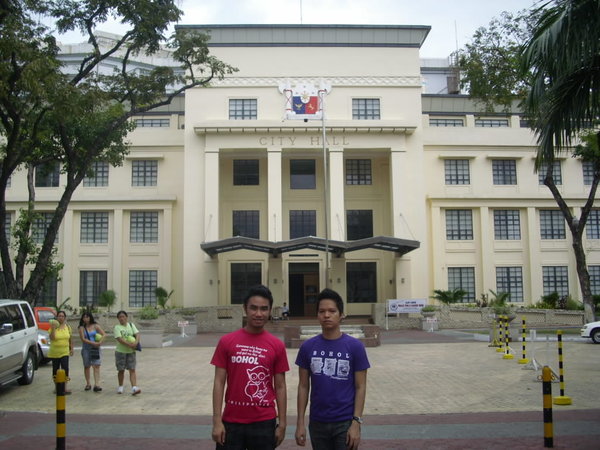 Getting there is very easy. When you get there ( Old Cebu) you ask for the locals where that is . They know where Magellan’s cross is. Its just a 10-15 minute walk away from the old Cebu….