Mark came to Tune Hotels from the entertainment and leisure consumer goods industry. With over 15 years with the Warner Music Group in senior Regional and Managing Director management roles throughout Asia, Mark’s experience includes managing companies from start-up phases to managing growth-oriented established businesses across Asia and Greater China. Having spent an extraordinary amount of time in hotels, (including living out of one in Hong Kong and in Taipei for a full year!), and seeing how little time busy, active, recording artists actually spend in hotels, he is totally committed to our mission statement of promising a great night’s sleep, enjoying a fantastic hot power shower the next morning and ensuring a clean and safe environment to all Tune Hotels guests. As the Group CEO of Tune Hotels, Mark was presented the Outstanding Entrepreneurship Award 2012 by the Asia Pacific Entrepreneurship Awards (APEA), a regional award for outstanding entrepreneurship in recognition of his best practices, past and current efforts and continued publicity. 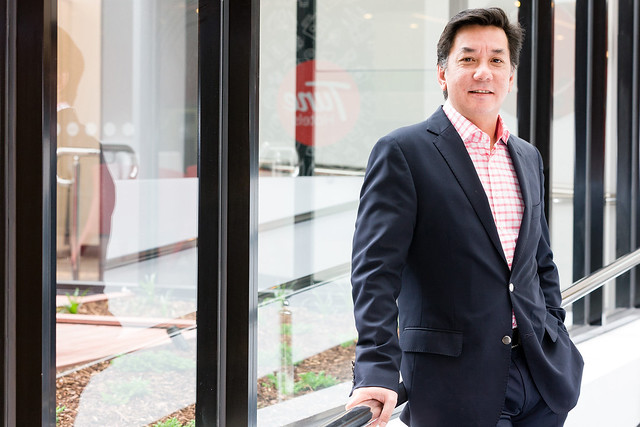 Mark has been at the helm of the Tune Hotels Group for six years. Under his tutelage the international value hotel brand that operates very much similar to low cost airlines has grown from a single hotel in Downtown Kuala Lumpur in 2007 to 30 operating properties at present, spread across Malaysia, Indonesia, Thailand, the Philippines, India and as far away as the UK. New properties are coming up in Japan and Australia in 2013, while plans are under way to further establish Tune Hotels in Europe, the Middle East, East and West Africa, and China to achieve the target of 100 operating hotels in the years to come. At the heart of the expansion plan is Mark’s belief that the Tune Hotels brand and its brand values are universal and that a great night’s sleep at affordable prices, is a promise that resonates anywhere in the world.

A staunch believer of the Tune Hotels’ concept and its philosophy, Mark breathes and lives the brand. Tune Hotels has successfully pioneered a branded value hotel network globally that features the pay-as-you-need concept where guests only pay for basic room rates with the option of choice in adding on other amenities such as towels & toiletries, air-conditioning, in-room wifi and satellite TV service as guests deem appropriate. Providing international-standard, high quality accommodation by focusing on key essentials but minus the generally underutilised facilities commonly found in other hotels such as swimming pools, business centres and gymnasiums, Tune Hotels keeps its operating costs low, embraces energy saving opportunities and passes on savings to guests in the form of super low basic rates. Almost five million guests have stayed at Tune Hotels since its inauguration in 2007.

Mark is a strong proponent of social media for marketing, promotion and even customer care. At Tune Hotels, great emphasis is given on growing its fan base and followers on various social networking platforms including Facebook, Twitter and Sina Weibo, while its online portal www.tunehotels.com is positioned as the main user interface for guests to make and manage bookings from anywhere in the world.

Mark has been recognised within the industry for his leadership role, innovative ideas and vast marketing and business development experience, having been invited to speak at forums, seminars and conferences on the hospitality, investment, travel and tourism industries locally and abroad.

In 2013 Mark starred as an Advisor to Tony Fernandes on ‘The Apprentice Asia’, the regional adaptation of the globally renowned US reality series ‘The Apprentice’.