SHENYANG, China, April 30, 2021 /PRNewswire/ — On April 27, the premiere ceremony of the Shenyang city promotion song "Shenyang, Brilliant City on the Hunhe River" was held in the studio of Shenyang Radio and Television Station, according to the Information Office of Shenyang People’s Government. 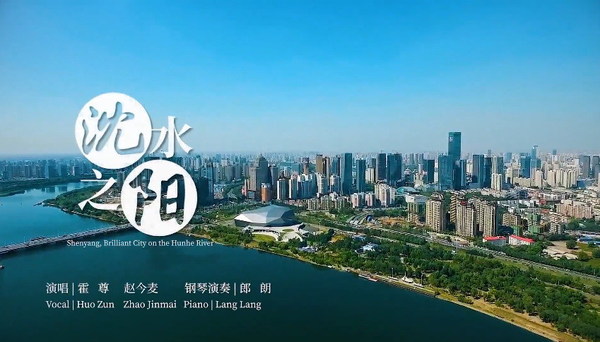 The song "Shenyang, Brilliant City on the Hunhe River" is rich in local characteristics.

It takes Shenyang’s mother river – Hunhe River – as the starting point to write a poem about a city.

It shows Shenyang’s glorious mark from history to the future with the style of affectionate and melodious and the lyrics of a deep meaning, and with the beauty and rhyme of Shenyang.

The MV panoramically displays the city features, landmarks and customs of Shenyang, allowing more people to understand and fall in love with Shenyang through the song.