Favorite Summer Destination in the Philippines

If you are looking for a place that is far from the crowd and noise of the big city, then take a tip from me, the place that you have been looking for is San Vicente in Palawan, one of the most serene and beautiful islands in the Philippines.

Now is the perfect time to visit this unblemished paradise, before the developers get their hands on it and the hoards descend because now, it is still one of the true havens of peace and tranquillity that is left in this area of Palawan.

The best time of the year to visit the island of Palawan is during the dry season between December and May. That’s when you will experience the best of the weather and you will find that more of the shops and facilities, the few that there are, are open for business. 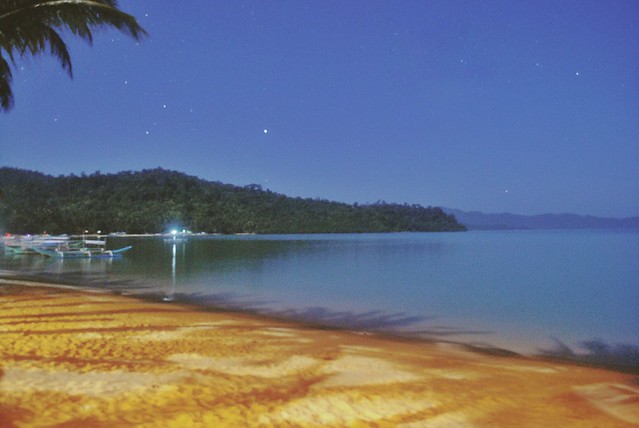 I was first drawn to visit San Vicente, Palawan by tales that I had heard of Long Beach, which I had been told was that longest, unspoiled white sand beach in the country. I knew I’ll never be disappointed. 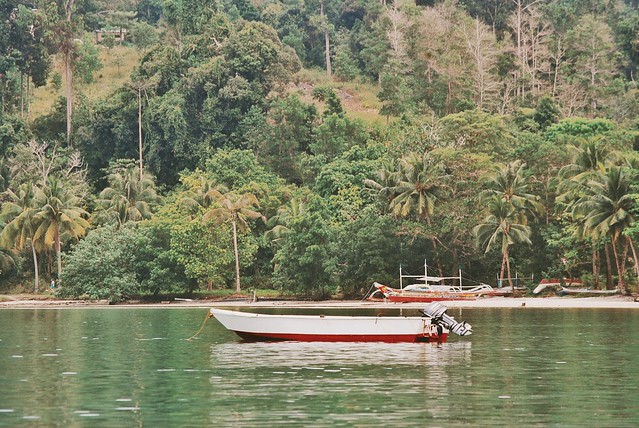 If you can picture in your mind’s eye a 14km long stretch of pure white sands bordered on the one side by crystal clear water and on the other by graceful palms swaying gently in the breeze, then you’ve just pictured Long Beach! The beautiful white sands stretch on forever and there’s not a beachside bar in sight, no crowds of noisy tourists, and no cheap and tacky beach resorts. It’s almost surreal. 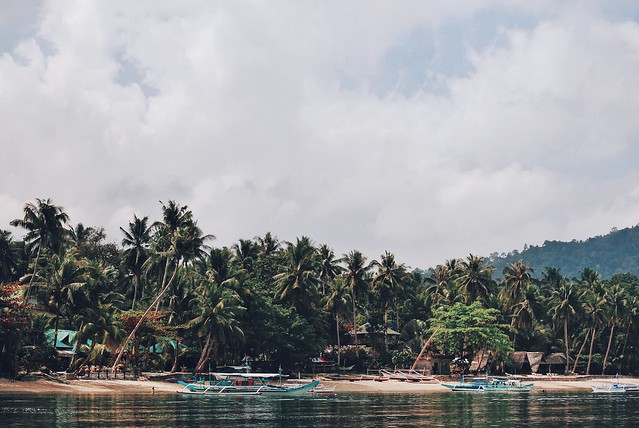 It would be easy to be captured by the spell that Long Beach can cast and not explore more of Palawan, but that would be a mistake, because there are so many hidden gems on the island and on its neighboring islands that, however many times you visit, there is always something new to explore and discover. 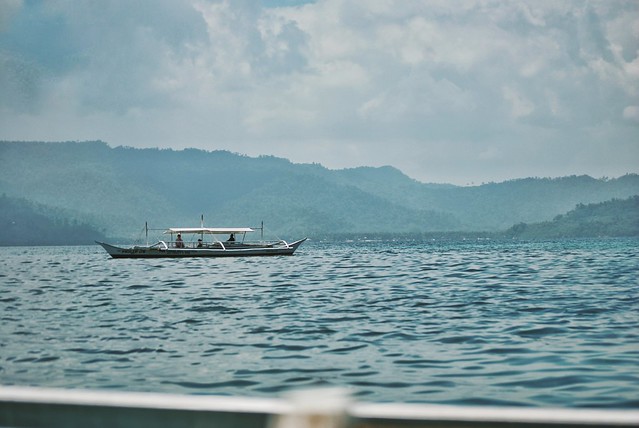 In fact, the clear, calm waters, unspoiled white beaches, wrecks, coral reefs, waterfalls and the wonderfully warm and welcoming people of the island have kept me coming back to Palawan year after year after year. 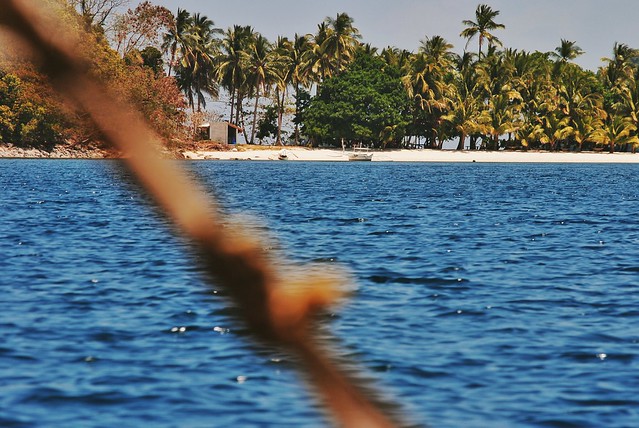 Palawan has been described as the Philippines’ last frontier. Most of the Island is still untouched by mass tourism, and that is the real appeal of the place for me. There is only one single major urban sprawl on the island, and that is the capital city of Puerto Princesa, which has seen quite a lot of development in recent years. 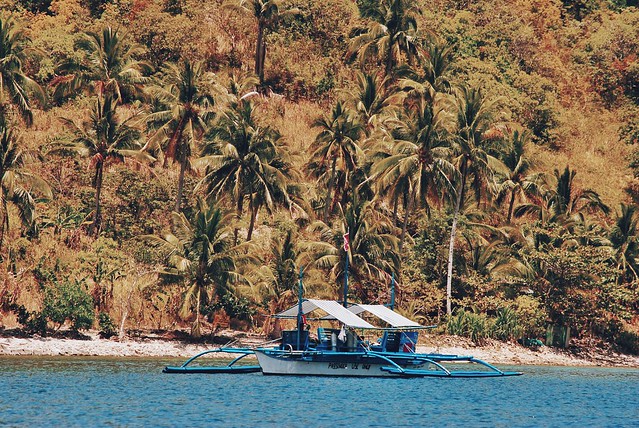 For many visitors to Palawan, Puerto Princesa is a one night stop on the way the beaches and the other islands, as it is the location of the Puerto Princesa International Airport. There are plenty of hotels, ranging from basic to five-star, in the city and there is now a good selection of bars and restaurants in the city too. 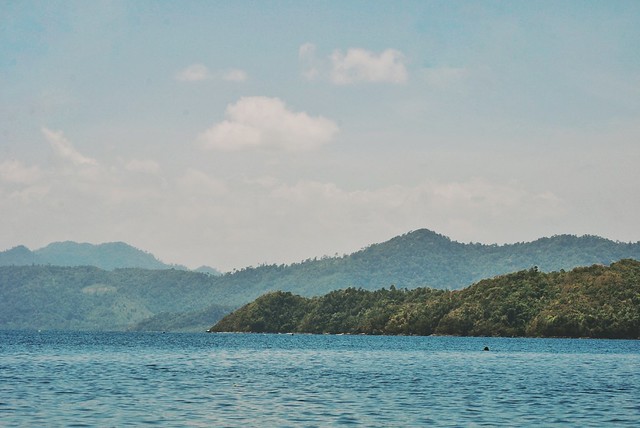 Places to visit in and around Puerto Princesa are a bit limited, but one trip that is well worth taking is to the wonderful Puerto Princesa Underground River with its breathtaking stalactites and stalagmites and awe-inspiring underground chambers. Just about all the hotels do organized trips to the underground river. It’s quite a long journey and the roads are bumpy, but it’s worth it to see one of the world’s new 7 wonders of nature. 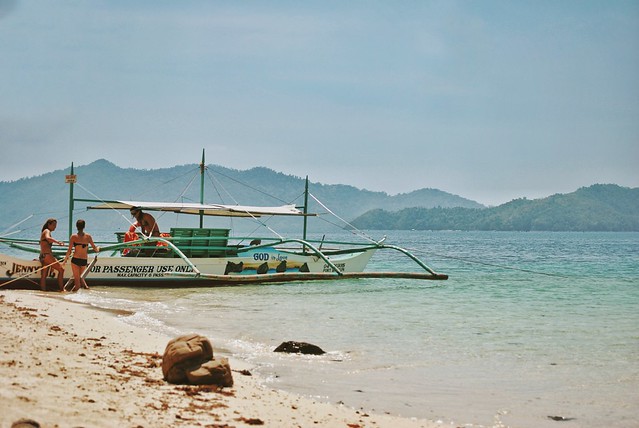 If you want to see that longest white sand beach in the Philippines that I mentioned, then head on out to the town of San Vicente, which is about a three and a half hour, bone-shaking, van or bus ride from Puerto Princesa. 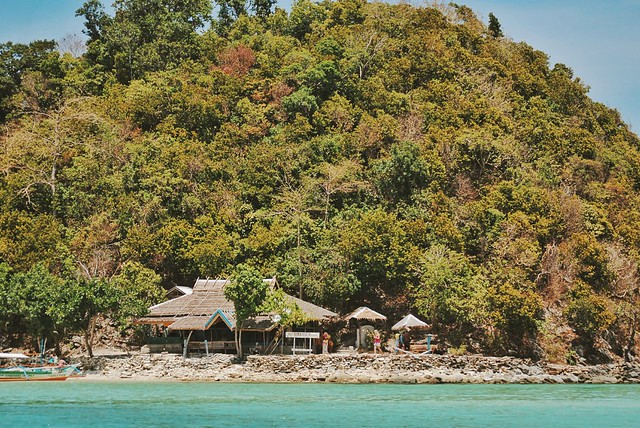 San Vincete is a laid back town with only the very basic of modern conveniences, but then that’s what makes it so special. Although San Vicente does cover quite a large area, it only has a population of some 30,000, so it still retains that sleepy fishing village feels. 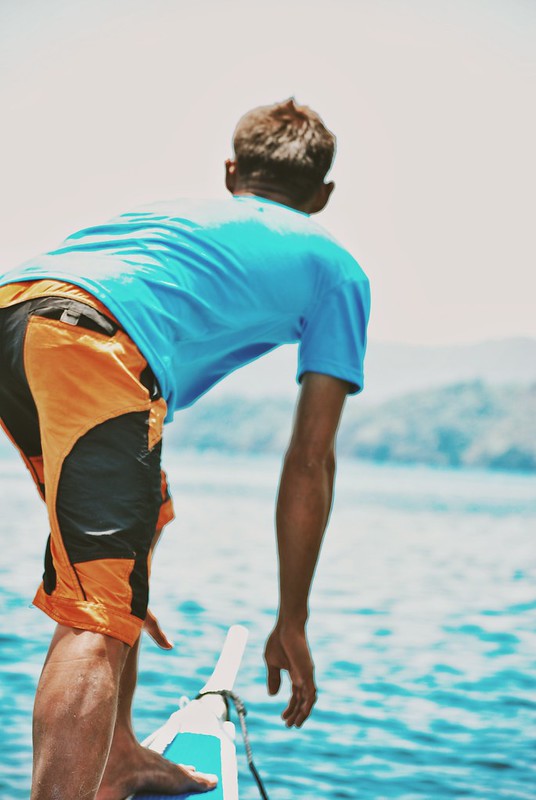 Some modern style beach resorts and hotels have sprung up in recent years in and around San Vicente, but there are not yet enough of them to have ruined the tranquillity of the place and the prices are incredibly low for such a wonderful location. In fact, you can still walk for just a few kilometers and find yourself lost in the beauty of the place with not a road or another human being in sight. 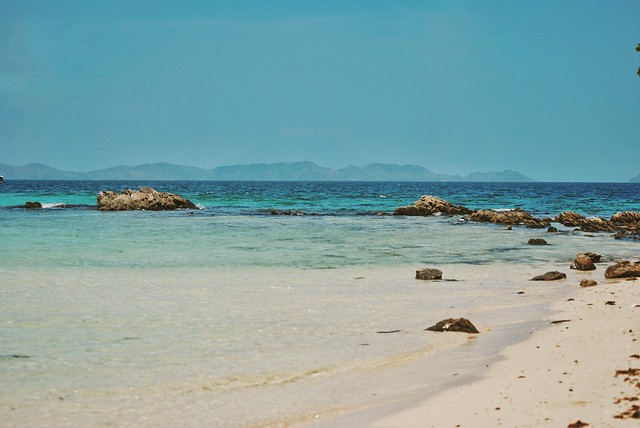 So, why is San Vicente, Palawan my most loved destination in the Philippines? Because it is one of the few places in the country that you can truly lose yourself in and leave the hustle and bustle of city life behind for a few weeks. 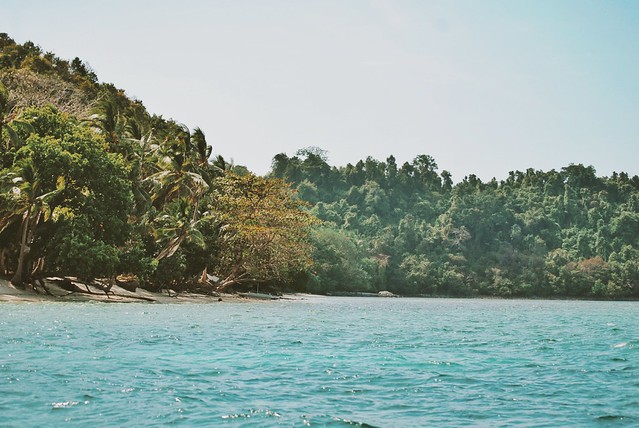 Sadly, though, the modern world is soon to encroach on this little piece of paradise. A modern airport is currently under construction in San Vicente, which will no doubt be swiftly followed by large-scale tourist developments. 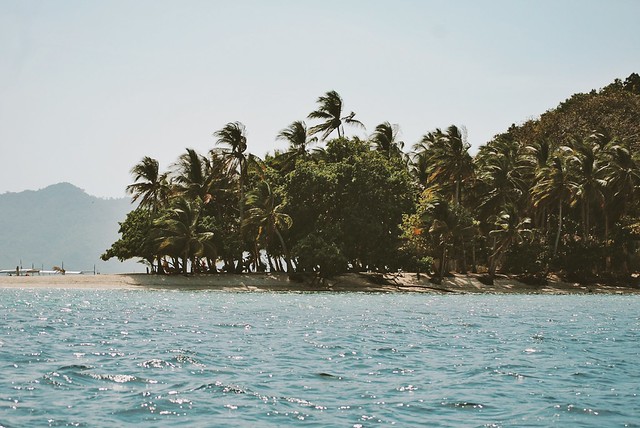 So, if you want to experience the pristine beauty of the longest white sand beach in the Philippines and the many other hidden wonders of Palawan, I’d book that trip of a lifetime soon, while you can still stroll along the beaches alone, with nothing more than your thoughts the gentle lapping of the waves on the shore to keep you company. 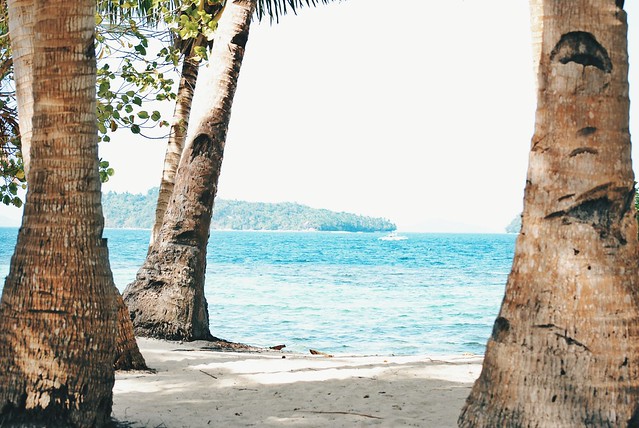 I must admit that city life can be very stressful which can become so boring at times. So pack your bag now and prepare for a new summer getaway. For some people, everything about the ocean is truly a breath of fresh air. Its sand and appearance will certainly give you a sense of solitude and freedom.

Today it has become so much easier to take a photograph. Thanks to smartphones and tablets that in general have very high-quality cameras, you can basically capture that particular moment anytime, anywhere, without necessarily having a bulky camera with you. I guess it’s the right time to own The Oppo F1s also dubbed as the “selfie expert” smartphone which also features a 16MP camera on the front with awesome add-ons like “Selfie Panorama” mode and “Beautify 4.0,” that automatically retouches your skin. Smartphones like Oppo F1s has become increasingly easier to get some great quality shots. Moreover, you do not have to carry a bulky camera with you, as mobile phones are so much lighter and smaller, thus making the shooting experience relatively better. 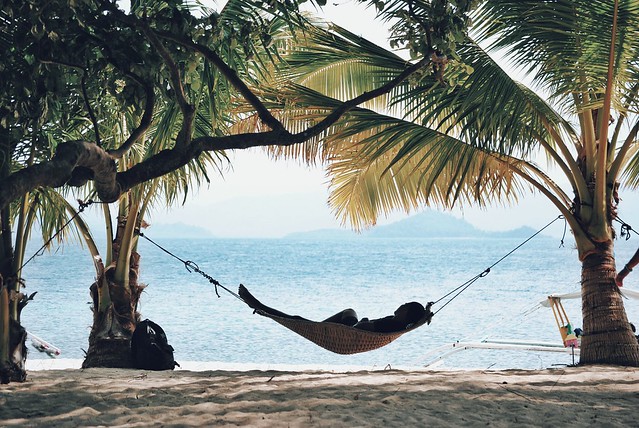 The OPPO F1s obviously works well for a travel blogger like me as it becomes easier to carry along with my other travel gears – lens, the camera, and my backpack. In addition, another great quality of this smartphone is the Gorilla Glass feature which adds protection against cracking and scratching. The battery life of OPPO F1s is also great. If you have been following me on my social media accounts, you would have noticed that I frequently update my followers as to where I go and that is real-time leaving all the apps open.

The battery life is a big factor for me. The processing and memory capabilities of OPPO F1s has an edge too. With a Qualcomm Snapdragon Octa-core 64-bit processor and a 3GB of RAM, one can obviously multitask with no issues.

Now my favorite part is the camera. Imagine from a panorama shots to filters to an expert mode I must say that it is appealing for someone who loves to capture photos on the go most especially during a trip. OPPO F1s gives you the option to control the shutter speed, ISO, exposure and the lighting as well. This is such a big deal if you really don’t want to bring a heavy DSLR. OPPO F1s has 13-megapixel rear camera, a lens aperture of f2.2 while the front camera has a 16megapixels with f2.0 aperture. 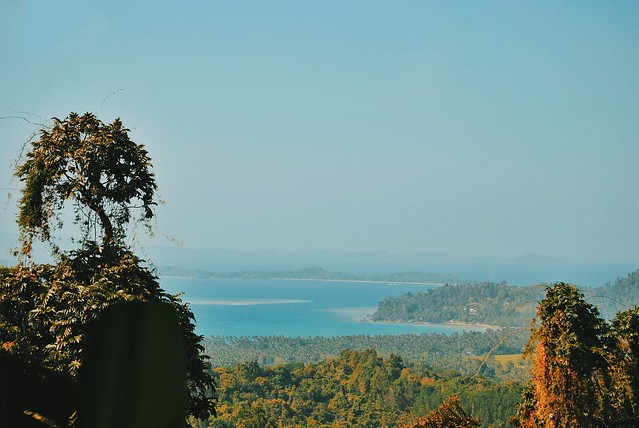 So from a traveler’s perspective OPPO F1s loads more than enough pixels and interesting features to be fun and affordable. It definitely has everything you need.