Skip to content
25
SHARES
FacebookTwitter
The Panagbenga Festival 2011 theme is : “The Environment and Community in Harmony.” The festival was recognized as one of the countries most celebrated festival with hundreds of street dancers performing in the main thoroughfares of Baguio City. One of the most awaited event is the Flower Float Festival in which several tons of fresh flowers were used to decorate the float representing various organizations. 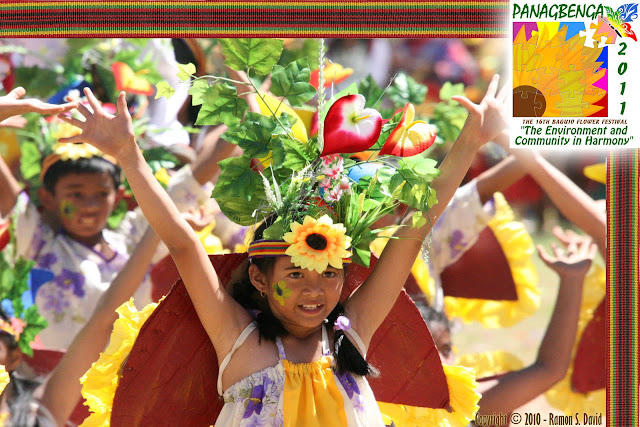