Are you racking your brain now for a special gift or pasalubong for yourself or for someone else? Gone are the days when we used to listen to our favorite song in our audio cassette player or tape recorder. I can not forget the first time i have ever received a gift from my father which is a walkman. Although i have not used them anymore I kept it as part of my collection. Now I am busy collecting CD’s and it looks like Ipods are in nowadays. So you can take all of your favorite music collection with you when you travel on the road. 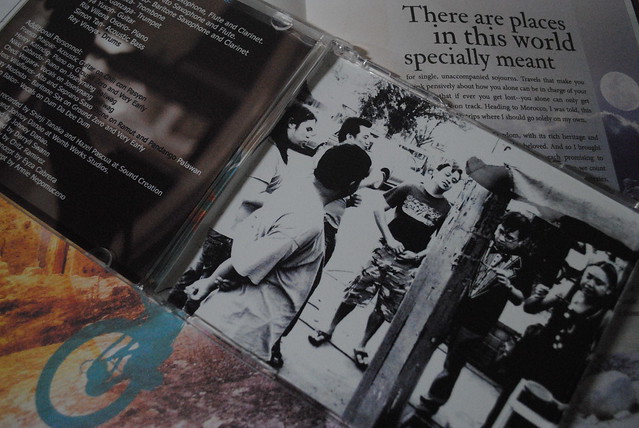 I thank my parents as i grew up listening to jazz. My father was a drummer when he was younger and I guess I was obligated to listen to what he had to play. And Jazz is somethinhg i really love . I like it. Although I know that it’s not as easily appreciated by general people or masses. I don’t know but I always thought that this kind of music is the musicians music. Anyway , we all have our standards but i guess at the end of the day music is still music to our ears. Some things that could be appealing to some people or some maybe not. 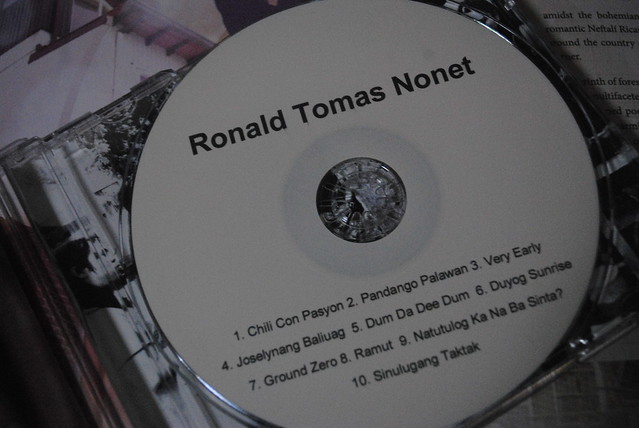 I was recently into Ronald Tomas Nonet music. His music is very relaxing . To me I get really caught up with his music. I don’t know maybe because it just so mellow and very relaxing. It feels like I can enjoy his music . I can always just sit back , relax and listen to his music for hours. 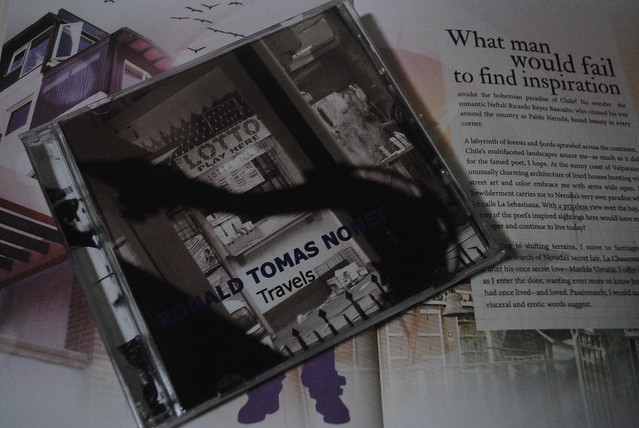 Meanwhile Ronald Tomas Nonet got inspired by nature and the sun during his travels all over the world working aboard a cruise ship as a musician. The artist himself later said he got his music sense from the places he visited and made reinterpretations and added a little experimentation. His works are featured in their sound exhibit.

1. Chili Con Pasyon- A fusion of the Traditional pasyon and a rhythm i heard from chile with jazz harmonies
2.Pandango Palawan- based on a Palawan highland melody fused with the argentinian tango and a little bit of the colombian cumbia.
3.Very Early- a cover of one of the most influential jazz pianists Bill Evans.—
Today is your big day. You’ve just arrived in a new province or town, unpacking  your bags,  talking to the locals  and decided to hit  the entire town.
4.Joselynang Baliwag- a rearrangement of a very old kundiman that was said to be the favorite of the katipuneros which also served as a signal for the revolutionaries to attack and a warning when the spaniards were coming to attack. I put a drum and bass beat underneath to con temporize it a bit.
5.Dum Da Dee Dum- a composition of my good friend Aya Yuson. We chose to not put lyrics here even though a female voice was used to carry the melody because we both felt that the melody itself could carry the song.- Need meditation , then listen to this song
6.Duyog Sunrise- based on a Maguindanao rhythmic pattern interspersed with jazz
7.Ground Zero- my rearrangement of the jazz song that won the Katha music awards for the jazz band WDOUJI (Witch Doctors of Underground Jazz Improvisation) back in 2001.
This one’s my personal favorite
You might be walking down the beach, enjoying the heat of the sun and the sand, wondering what to do with the entire day? Read our favorite book? Take another nap? This music might be suitable for you.
8.Ramut-a reinterpretation of the rhythmic interlock present on most Northern Luzon highland music. This was one was taken from the kalinga of benguet province.
9. Natutulog Ka Na Ba Sinta?- originally a HARANA written by the late National Artist Levi Celerio and Santiago Suarez.
10.Sinulugang Taktak- A jazzified version of the Maguindanao Sinulog.– This is also a  fantastic time to pop in your headphones, or use your portable speakers  to hear a good music
Other pertinent information are available at the band’s FB fan page at this link:
http://www.facebook.com/pages/Ronald-Tomas-Nonet/169196716463086
Check out their Youtube videos
Ronald Tomas Nonet, Natutulog Ka Na Ba Sinta Video
Ronald Tomas Nonet, Chili con Pasyon Video
Ronald Tomas Nonet, Duyog Sunrise Video

3. Conspiracy Garden Cafe
59 Visayas Ave.
Quezon City, Metro Manila
Interested parties may contact him at 09392211271 or shoot him an  email at iskubidoo@gmail.com.