Well, I just thought I heard they said Eco Valley, Eco which is a prefix mostly relating to ecological or environmental terms. Echo Valley got its name from the echo it produces each time a tourist shouts. Echo valley is primed and ready to rejuvenate bodies and spirits.  And it’s located just a 15-20 minute walk from the main town. The place gives a tourist a brief overview of what they can expect in Sagada. 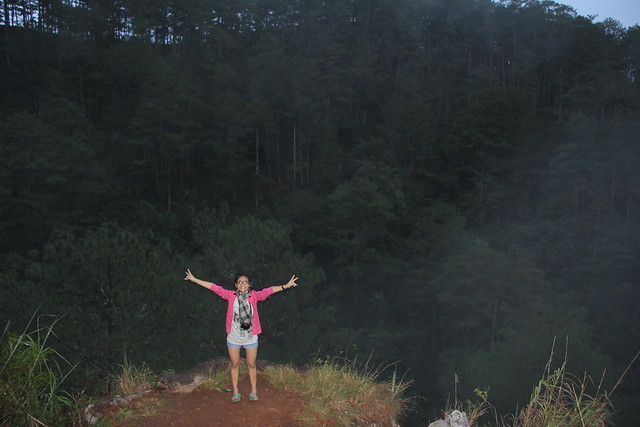 One will pass the monumental stone church built by American Missionaries during the early 1900’s, The Saint Mary Episcopal Church. Thanks to Reverend John Staunton who came to Sagada to spread the Christian faith to its local people. The town cemetery is also within that area and it’s where World War veteran’s graves are still attracting attention to the visitors. The path that leads to our destination gave me so much creeps honestly but I moved on. Large pine trees are lined up which I thought I could only stair at in the city of Pines. 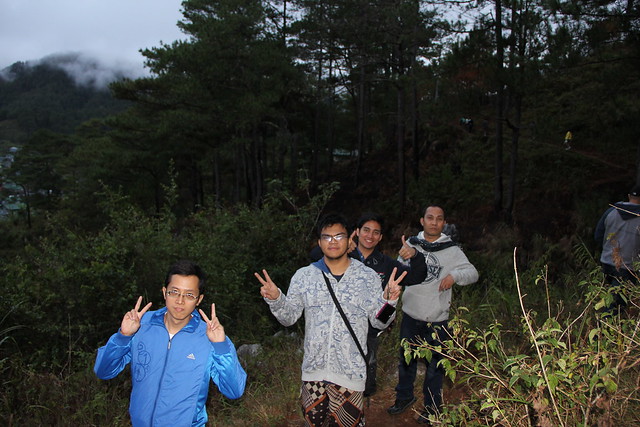 It was such an easy trail from the main town down to where we were at that point I really felt creepy. The trail goes on until we reached the side of the burial ground. With my fear of heights I began to ask myself why in the hell I embarked myself on this trip? It is built with a foot width of a trail which is way too small for me that I had to panic. 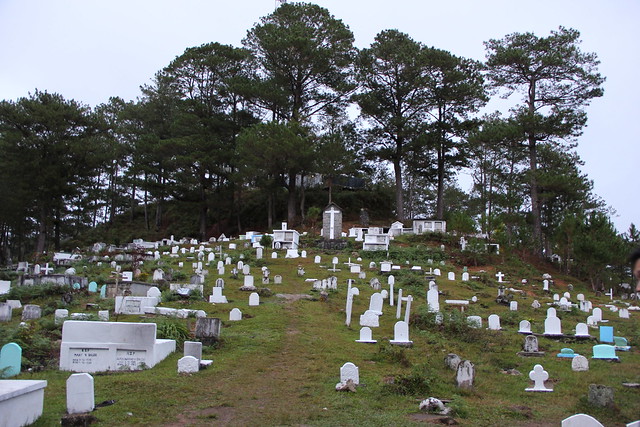 The narrow steep pathway went on for about fifteen to twenty minutes with occasionally stops to ensure that no one gets lost. We did not hire a local guide for this so if you don’t want to get lost then I strongly suggest you get a guide. The rugged and uneven limestone cliffs and lush greeneries were noticeable in the area. 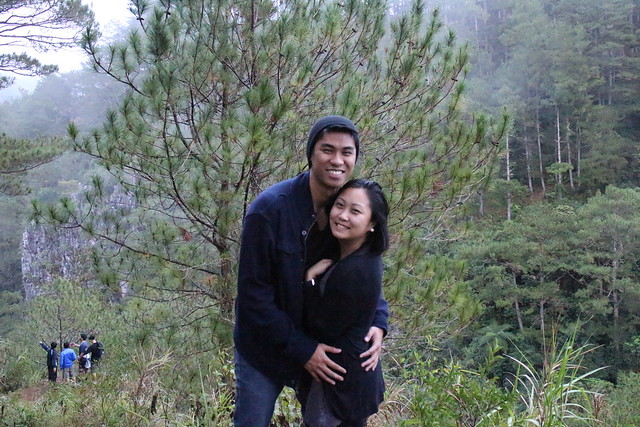 And finally, we took a glimpse of the hanging coffins of Sagada and this is what they are famous for. In the old years, old folks carve their own coffins out of hollowed logs before they die. If they are weak, someone else in the family prepares their coffins for them instead. The dead is placed normally inside their coffins and general in all occasions, they have this ritual which involves pushing the bodies into the tight spaces of the coffins and often bones are smashed and broken as the process is completed. I can imagine the process of breaking their bones just to fit them inside the coffin afterwards they are brought to a cave for the burial.

Trekking down the valley can be quite a killer for starters. If you’re a heavy smoker you might want to look at quitting first or at the very least using one of the e-cigs from www.e-cig.ph to prepare your lungs for it. 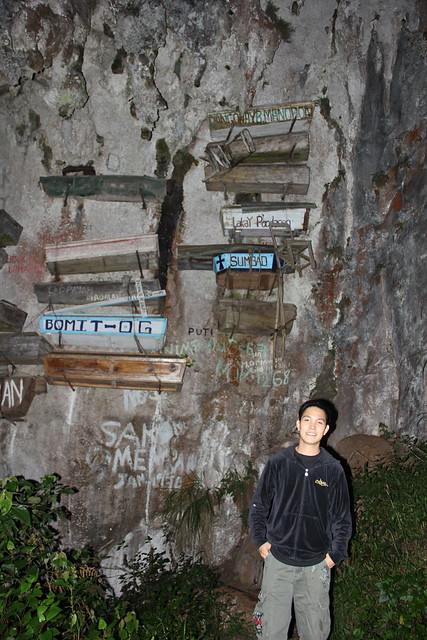 After a closer look at the Sagada coffins, I realized something. Society has really made a great effort to modernize the world in terms of language, education, communication, travel and in many other ways.