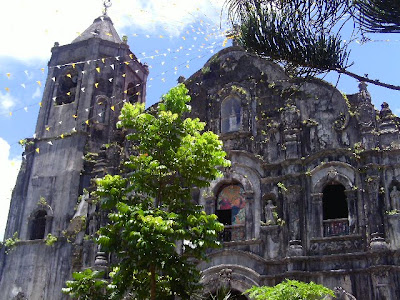 San Isidro was a tenant farmer working on the farm owned by a Spaniard. He would constantly ponder why he had a lean harvest each time. It was barely enough to meet what was due the landlord.

One time, his landlord demanded that he give enough harvest to him. When he prayed to God, an angel descended to tell him that he would help him. At this time, all the farms in his neighborhood had already been planted except his. There was no source of irrigation.

The angel told him to strike his cane unto the earth. Then there was a spring of water. Still he was restless. He fell asleep. During the night he heard some noise. When he checked out what was going on, he saw angels working on his farm. When he woke up the following day, he saw his farm already planted.

San Isidro started to reap a bountiful harvest. Then out of shame, the Spanish landlord knelt down in front of San Isidro. Later on,

this farmer was beatified as a saint.