I love the panoramic view of the main town of Baler, Sabang beach, Cemento and the islet of Dimadimalangat.
There is no doubt that the province of Baler is considered as one of the best surfing destinations in the Philippines. I would not be surprised to learn that hundreds of surfers and enthusiasts head to the province to see those nine foot waves which is a huge asset of Baler. 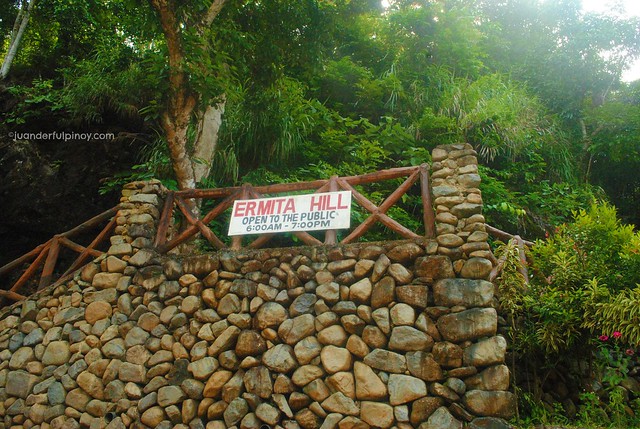 Waking up early in the morning was a huge struggle for me .  I enjoyed sleeping at the hotel where we stayed and  I was half awake when I heard Kuya June and his companions. So we immediately packed up some of our stuff for the road because we were headed on to the Ermita Hill. Most of the tourism sites in the province of Baler are completely rich in history. One of the attractions to see is the Ermita Hill. 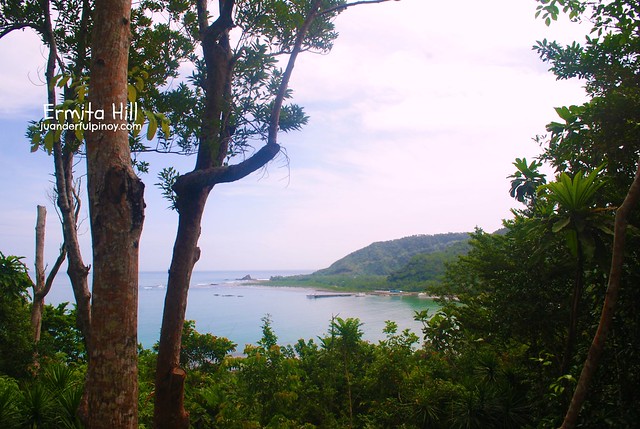 This is a scenic  overview of the Bay from Ermita Hill Park deck (plateau at Zabali,Baler, Aurora, overlooking the Pacific Ocean, Baler Fishport, Baler town, Sabang Beach & delta, and  islet of Dimadimalangat).

It was on the 27th of December, 17:35 a catastrophic tsunami hit and destroyed the old Baler main town. There were only six families survived . They ran and swam to the nearby Point Baja Hill which is now known as the Ermita Hill. The resettlement areas became known as “Kinagunasan” which litterally means devastated. Survivors include Bihasa, Bitong, Carrasco, Lumasac, Poblete and the prominent Angara family. At the bottom of the hill, there are statues that serves as a marker to those who have perished and survived the tragic destruction.

Ermita Hill is situated in Poblacion, Casiguran . On top of the hill , you will see the scenic view of the entire Poblacion including the dark blue coast of the bay in Casiguran and other communities nearby. 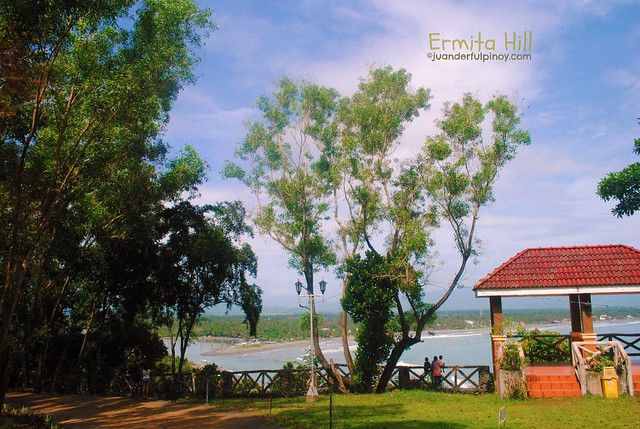 Today, Ermita Hill serves as a beautiful park to those who seek a great outdoor activity at the hill. Observe the birds in their natural habitat.Observe how high they fly and also what kind of theme songs they usually sing. Take photos of unusual plants and flowers. Generally, simple things like these can entirely open secret things about the nature’s character and reveal its natural beauty that already exists in nature all around us. 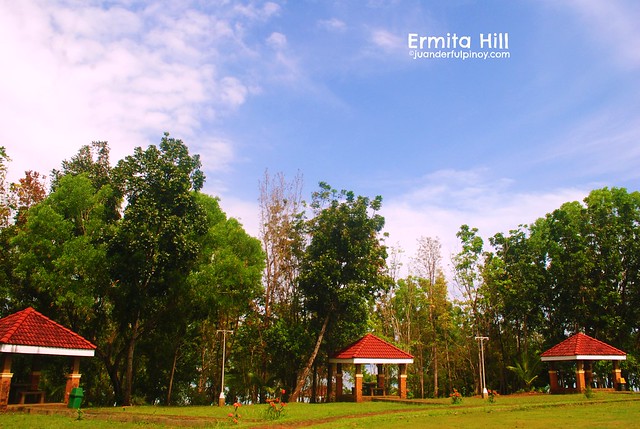 Getting on top of the hill was never hard for me. I prefer walking and trekking like what we did in Pundaquit , Zambales.    Trekking on the steep slope of the hill takes approximately 15 minutes. One could find a gigantic white cross. Further up is a life-size statue situated in a grotto on top of the hill. 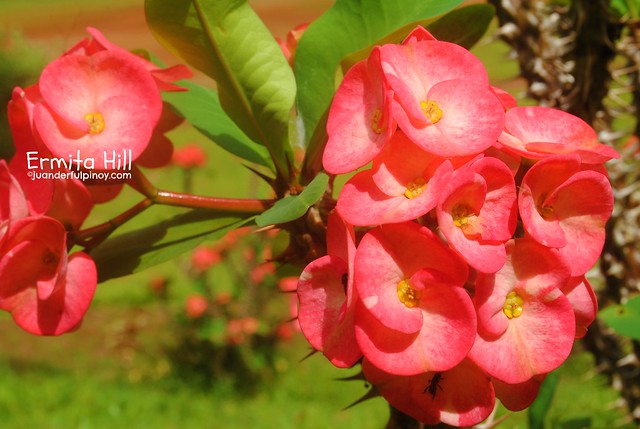 We were on top of the hill and looking down at the slopes of the hill were covered by dense native bushes including those old trees. Probably it was there hundred years ago. There are  numbers of houses or waiting sheds made of concrete bricks for you to rest for a few moments. We stayed there for a couple of minutes for photo sessions.

I am sure there may be some families there buried unknown without identification . I can feel that they may be sad and happy , lying there alone and forgotten .

I hope that some of you will add so many memories of Ermita Hill in Baler.