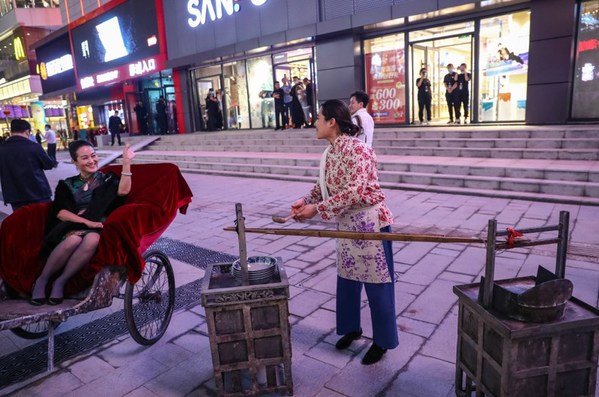 SHENYANG, China, Sept. 29, 2020 /PRNewswire/ — After two years of transformation and upgrading, Shenyang Middle Street, the "First Street in Northeast China", was unveiled with a new look on September 25. At the same time, a series of cultural tourism scenic spots in the center of Shengjing Street with the theme of "prosperous reappearance of Shengjing Central Street" also kicked off, according to the Publicity Department of Shenhe District. 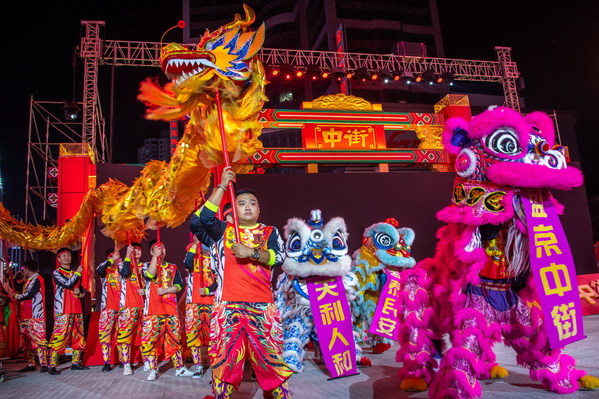 Shenyang Middle Street is located in Shenhe District, Shenyang City. The length of the main street is 1,400 meters, with a total area of 1 million square meters and a total commercial area of 650,000 square meters.

"Shenyang Middle Street" through three major shows of "Centennial Prosperity", "Past Events of Middle Street" and "Flow Gathering", from the Qing Dynasty’s "former dynasty and aftermarket" to the "Fang Hua past" in the period of the Republic of China, and then to today’s "trend agglomeration", it tells the story of the prosperity and past events of the 400-year-old middle street, and unveils the mysterious veil of "Shenyang Middle Street", which is listed as one of the first commercial pedestrian streets in China to upgrade and transform.

The newly unveiled "Shenyang Middle Street" highlights the cultural theme style of the Qing Dynasty, resurfacing the road surface of 33,000 square meters of Middle Street, transforming 78 facades of 28 buildings on the main street, and centrally protecting and renovating 8 relatively well-preserved historical buildings, such as Limin Store and Yangtze River Photo Studio, to the maximum extent preserving the historical features and characteristics of the ancient middle street.

At the same time, the introduction of diversified formats, in addition to the introduction of brand flagship stores, experience stores, the first store more than 170, but also a deep integration of "non-heritage", "cultural creation", "food" three commercial fashion elements. Visitors can not only visit the Van Gogh Star Art Museum with exotic characteristics, but also listen to the opera at the "Huilan stage" with local cultural characteristics in Northeast China, and watch an exhibition of Chinese national non-heritage masters at the Lihua Gold Museum. You can also choose small gifts with Chinese Manchu cultural characteristics in the "Corner House".