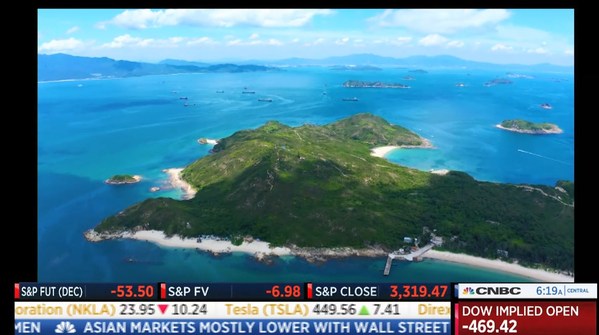 The vibrant city made its name as the world’s factory floor when it was set up as an economic free zone at the end of the 1980s. In the past decades, it has transitioned into a tech hub, home to some of China’s most innovative firms, creative urban center and a prime tourist destination.

According to statistics, in 1980, the tourism output value of Shenzhen was only 5.1 million yuan, while in 2019, the total income of the tourism industry of the city reached 171.5 billion yuan, with an increase of nearly 33,000 times. In 2019, Shenzhen was named one of the world’s top 10 travel destination cities by international travel magazine Lonely Planet.

"Shenzhen tourism is a very important and very characteristic part in Guangdong and even in China’s tourism. For many years, Shenzhen tourism industry has got incessant innovation idea, innovation mechanism, innovative products, making its tourism development break through the resource constraints, and walk in the national front row," said Zhang Heyun, Director of Shenzhen Bureau of Culture, Radio, Film, Tourism and Sports. 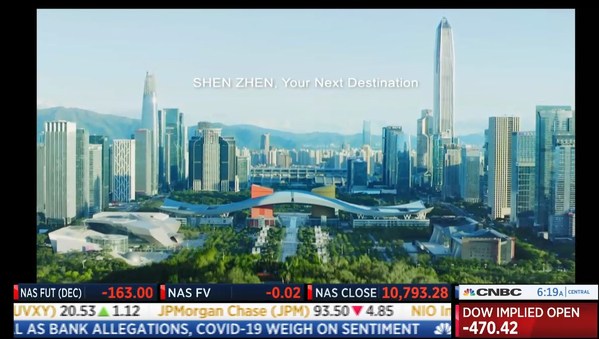 When it comes to China’s famous tourist cities, people usually think of cities with culture, history and heritages, from the ancient city of Xi’an to Nanjing and Beijing, capitals for several dynasties. Forty years ago, Shenzhen, the drowsy fishing village, has only one foreign affairs reception station, two travel agencies, seven inns and a few rundown hotels. Statistics show that in 1979, Shenzhen received fewer than 1,000 overnight overseas visitors.

However, it is now hosting an increasing number of Chinese and foreign tourists, which is a surprise for many people. In 2017, the number of inbound tourists in Shenzhen exceeded 12 million, even surpassing cities such as Beijing, Shanghai and Guangzhou.

First of all, Shenzhen built the first man-made landscape in China, creating a series of man-made paradise. For example, the earliest park is the Splendid China of Overseas China Town (OTC) built in 1989, and the entire theme park cluster (including Splendid China, Cultural Folk Villages, Happy Valley and Window of the World etc.) still receives 8 million visitors per year. OCT theme park group was born here, but also walk to the whole country. According to the 2019 Global Theme Parks and Attractions Report, two of the top three domestic theme parks in the country —OCT, Huaqiang Fonte and Chimelong Group– started from Shenzhen.

"The tourism industry of Shenzhen has grown and developed together with the Special Economic Zone. It has gone through a development process from scratch, from small to big, and from big to strong," said Zhang. 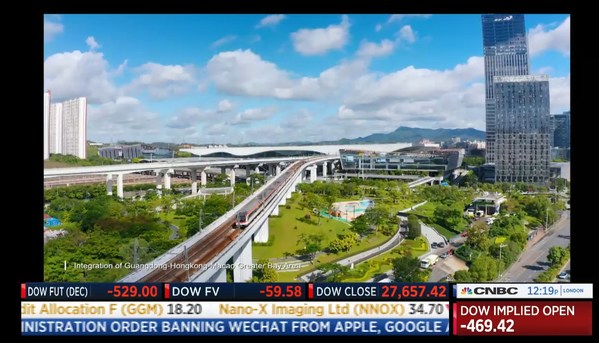 The rapid development of Shenzhen’s tourism industry is inseparable from accelerating the construction of urban tourism marketing mechanism, setting up the concept of systematic marketing and three-dimensional marketing, and comprehensively improving the popularity and reputation of the tourism industry by means of urban image promotion, regional cooperation promotion and tourism festival publicity.

To increase the intensity of urban image promotion, Shenzhen has built a multi-dimensional and highly permeable publicity and promotion system including high-speed rail, subway, radio, television and mobile Internet at home and abroad.

Except compiling new version of tourism brochures and making the new version of the city tourism videos every year, the city works closely with foreign media such as CNBC to promote itself.

Shenzhen is making full use of the resources of CNBC, the world’s No. 1 financial media, to bring itself to major cities around the world for offline promotional events, such as the event in New York’s Nasdaq office, to introduce the "city of wonders" to the world’s most economically powerful people.

Since Shenzhen is a young city with only 40 years old, "cultural desert" has always been the exclusive term for it. But now, the desert has grown into an oasis. The cultural and art industry of Shenzhen, with the unique innovative temperament of the city, has shown a state of vigorous development, and the commercial city has become the "creative urban centre ".

Lonely Planet described the city where new design openings and tech innovation abound: "Shenzhen’s array of art and design venues, including the recently established Museum of Contemporary Art & Planning Exhibition and the ever-popular OCT-Loft, help to give the city a vivid visual flavor", while also mentioned the city’s "strumming indie-music scene, cool cafes, a small contingent of craft brewers, and a whole new arts district risen from the remains of former warehouses." That is why the "the Silicon Valley of China" is known for being a major tourist destination.

The city’s close proximity to Hong Kong has also been accounted for in the selection. Travel between the two metropolises has become even more convenient, with the official launch of the Guangzhou-Shenzhen-Hong Kong Express Rail last month.

Shenzhen integrates culture, art and creativity into the development of the whole city and becomes a part of urban life instead of just taking the city as a tourist destination, which is also the biggest difference between Shenzhen and other tourist cities in China, according to an article published in National Business Daily, a business newspaper in China.

Shenzhen is well-known for its clear and blue sky. This year, Shenzhen recorded its lowest number of haze days in 26 years and ranked first in air quality among China’s top 20 cities in GDP for four consecutive years.

Furthermore, after three years of development, Shenzhen won the title of "National Forest City" in 2018. Today, Shenzhen has a forest coverage rate of 40.68%, a green coverage rate of 45.1% in built-up areas, 942 parks in the city, with per capita green area of 15.95 square meters.

From Shekou to Futian, the 15.6 km-long waterfront promenade in Shenzhen bay has become China’s most beautiful city coastline.

Dapeng New Area is adjacent to the sea on three sides and enjoys a unique environment with 76% vegetation coverage and 133 kilometers of coastline. It is the largest and best preserved ecological pure land in Shenzhen and is well-known for the last peach blossom land" in Shenzhen. Its east-west crossing was once named as one of the ten most beautiful hiking routes in China by National Geographic magazine. Jinsha Wan is one of the beaches with the best water quality, the most beautiful scenery and the most complete sports programs in the east coast of Shenzhen.