“If a mechanical defect, negligence, or wrongdoing caused the Sriwijaya crash, we will pursue the maximum compensation allowable under the law for causing this preventable tragedy.” – Aviation Attorney Clay Robbins

Our attorneys are coordinating with local investigators on the ground in Indonesia to uncover the cause of the Sriwijaya crash. If investigators find mechanical defects, negligence, or wrongdoing of any kind, we intend to hold those responsible to account for this preventable tragedy.

We also warn families not to be fooled by any attempts by the insurance companies for the airline or Boeing to sign any documents like they did in the Lion Air JT610 crash. After the Lion Air crash the defendants pressured unsuspecting heirs to sign complicated and shocking release and discharge forms that essentially stripped away their rights to pursue a lawsuit. You can read more about this below.

While the investigation is ongoing, our law firm is actively working to ensure that the legal rights of the victims’ families are preserved and protected as they mourn. We believe these grieving families must receive critical information that may help them avoid the betrayal and disappointment experienced by the majority of the Lion Air Flight JT610 crash families.

Aviation attorney Clay Robbins has decades of experience advocating on behalf of airline crash victims. According to Robbins, one thing needs to be made clear to the SJ 182 families: Under Indonesian law, Sriwijaya Air is strictly liable to pay compensation to victims’ families with no strings attached. This compensation is considered emergency money to take care of the families while their full legal rights are determined. Additional compensation may also be available through the work of an aviation attorney.

“If the investigation shows fault on the part of the airline or the aircraft manufacturer, Indonesian law provides for additional compensation against the responsible parties,” says Attorney Robbins.

One issue highlighted in the investigation’s early stages relates to the Boeing 737 500’s automatic throttle. According to media reporting, a person close to the crash investigation said the plane’s autothrottle produced more thrust in one of the engines than the other in the moments before the crash.

Significant differences in power between both engines would make commercial jets exceedingly difficult to control. Autothrottle malfunctions have caused other fatal crashes, including the 2009 crash of Turkish Airlines Flight 1951, a Boeing 737. According to the New York Times, “[d]ecisions by Boeing, including risky design choices and faulty safety assessments, also contributed to the accident on the Turkish Airlines flight.” The Tarom Flight 371 crash in 1995 that killed 60 people also involved the autothrottle.

The 737 platform “has a history of autothrottle issues,” Robbins says. “If that is what is involved and if it relates to a failure on the part of Boeing to remedy the logic and/or provide adequate pilot training recommendations, this tragedy may be yet another example of Boeing’s failure to properly address operational safety problems involving this aircraft.”

SJ 182 Families Should Not Feel Pressured to Sign Anything

Baum Hedlund Aristei & Goldman wants to alert the Sriwijaya crash families that the airline or its insurers may offer settlements that are drastically lower than the amount a case could get in a courtroom. Worse, Sriwijaya Air or its insurers could attempt to pressure these families into signing documents that provide the minimum compensation under the law in exchange for forfeiting their legal rights to pursue justice and compensation against those who may be responsible for causing the SJ 182 crash.

The forms, known as release and discharge forms, “could victimize the Sriwijaya Air crash victims’ families for a second time by providing nothing other than the minimum amount of compensation the airline is required to pay them under Indonesian law,” says Ronald L.M. Goldman, a board-certified attorney who has litigated aviation crashes for more than 50 years.

“If these forms are signed, the airline and all other potential defendants could avoid legal liability, even if they are found to be at fault. We are determined not to let that happen to these families who have already lost so much.”

Our firm is all too familiar with these forms. Following the Lion Air Flight JT610 crash that killed 189 people, the insurance company for both the airline and Boeing sent release and discharge forms out to the victims’ families. When the news broke that Lion Air families were being bullied into signing release and discharge forms, our firm offered to mount cases on their behalf “not only to set aside these unconscionable agreements but to fully vindicate their rights.”

True to our word, our aviation attorneys secured justice and compensation for a Lion Air family who was misled into signing the despicable releases.

The pain and suffering that go with losing a family member in an airline crash are immeasurable. These families devastated by tragedy deserve all the compensation to which they are entitled without any strings attached. Without question, they have the right to pursue legal action against any parties responsible for causing the tragic crash that killed a member of their family, and our law firm would be honored to represent them.

Read more details here about SJ 182 families’ legal rights and how not to be fooled by Sriwijaya Air or Boeing.

Baum Hedlund Aristei & Goldman is one of the most experienced aviation law firms in the world, with broad experience in complex choice of law issues. For more than 40 years, Baum Hedlund has represented nearly 800 passengers, crew, and victims in commercial airline and other aviation crashes and incidents across the globe. Our aviation attorneys have litigated more than 70 airline crash cases against 50 different airlines and 36 accidents involving Boeing aircraft. The firm is currently representing families who lost family members in the Lion Air JT610 and Ethiopian Airlines ET 302 crashes. Overall, the firm has won more than $4 billion in verdicts and settlements on behalf of its clients in multiple areas of practice.

Our past results do not constitute a guarantee, warranty, or prediction regarding the outcome of future cases. 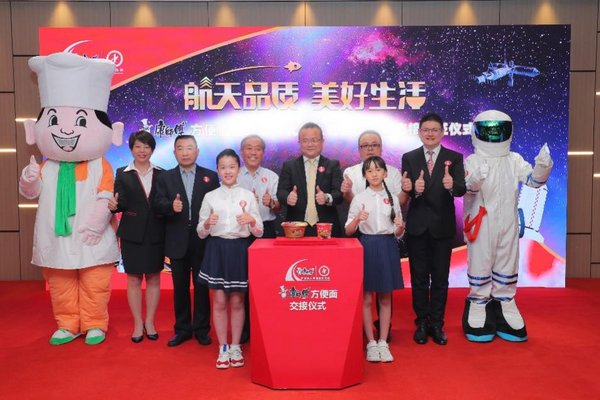