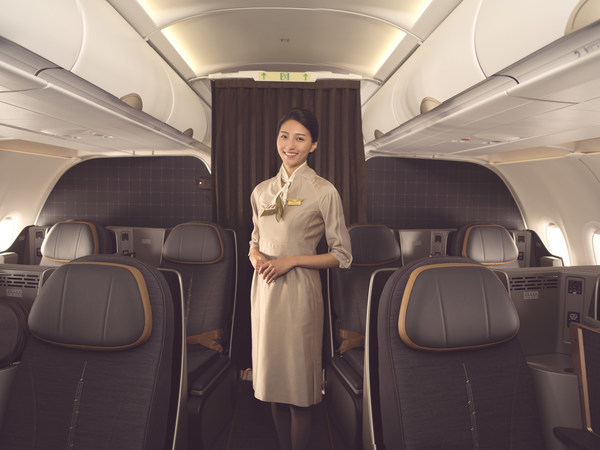 TAIPEI, May 17, 2021 /PRNewswire/ — Time to get to know a new face at Vietnam’s Ho Chi Minh Airport. Despite the continuing pandemic, the startup airline from Taiwan, STARLUX Airlines, still launched its brand-new route between Taipei and Ho Chi Minh City, operating three round-trip flights a week. Passengers now have a chance to experience the airline’s premium services and top-notch safety.

Out of his passion for aviation, founder K.W Chang — a certified pilot and former chairman of EVA Airways — established STARLUX in May 2018. The luxury boutique airline is committed to breaking rigid traditional models and provide intimate and innovative services.

On January 23 last year, STARLUX launched its inaugural flights from Taoyuan to three destinations — Macau, Da Nang and Penang. With its hub at Taiwan Taoyuan International Airport, STARLUX Airlines will initially fly routes in Southeast Asia and Northeast Asia, gradually developing its trans-oceanic routes to North America. It is now operating Macau, Penang, Kuala Lumpur, Bangkok, Ho Chi Minh City, Tokyo and Osaka routes. STARLUX is introducing all 13 of a new generation of passenger aircraft — the A321neo — and four are already in place. The company plans to introduce another eight A330-900, ten A350-900s and eight A350-1000s.

STARLUX has devoted itself to exceeding passenger expectations in every aspect of its services. Seats in its A321neo business class transform into an 82-inch fully flat bed. Passengers sitting in economy class can enjoy their own personal entertainment system — the first on narrow-body aircraft in Taiwan. There is also a unique selection of meals through collaborated with a Michelin-starred restaurant and the one and only "Home in the air" signature cabin fragrance formulated to help passengers relax during their busy trip.

STARLUX has received several honors since its establishment. The airline’s uniform collection has been recognized as "Best New Uniform 2019" by the renowned airline design media DesignAir. The 3D inflight safety video "STARWONDERERS," which took the team two years to create, has won 7 silver awards in The Telly Awards 2020 and a bronze award in the Busan Ad Stars 2020. The STARLUX inflight meal and wine menu has also received the 2020 Red Dot Award in the category of Brands and Communication Design. To learn more about STARLUX Airlines, please visit https://www.starlux-airlines.com/en-US.