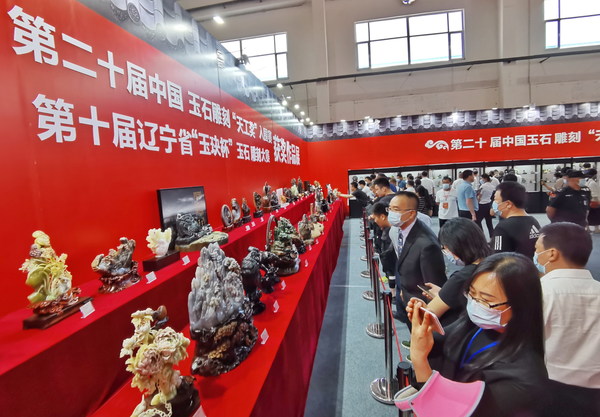 FUXIN, China, June 21, 2021 /PRNewswire/ — The 1st Fuxin Cultural Tourism Business Festival and the 16th Liaoning Fuxin Agate Festival opened on June 18th. The theme of the festival is "High-level Openness, High-Quality Development, and High-Quality Life" and it lasts for 7 days.

The Festival is a comprehensive festival that integrates culture, tourism, business and agate product display. During the festival, there are not only agate series activities such as jade carving contest and jade expo, but also "double recruitment and double citation" activities such as investment promotion conferences and "Fuxin Talents" conferences. There are not only industry digital tour exhibitions, hydrogen energy industry forums, but also cultural tourism promotion meetings, leather fairs and other activities.

Fuxin City, located in western Liaoning, was once a famous "Coal City" in China. However, by the end of the last century, the single coal-led industry began to decline. In recent years, Fuxin has regarded the agate industry as one of the important replacement industries in Fuxin’s transformation, and has continuously promoted the agate industry to become bigger and stronger. As the "world agate capital", Fuxin has the largest agate market share, the most complete industrial system, the fastest development speed, the most high-end talents, the best processing skills, and the strongest cultural atmosphere in the country. Agate has become a beautiful business card for Fuxin to expand its external influence, display the city’s image, and promote open cooperation. Fuxin is willing to take agate and grand event as the link, sincerely inviting people from all walks of life to invest in Fuxin and seek common development.