Binondo is one of the populated area of ethnic chinese living in the country. It is popularly known as Chinatown, Manila. Binondo is the world’s oldest chinatown which was established in 1594. 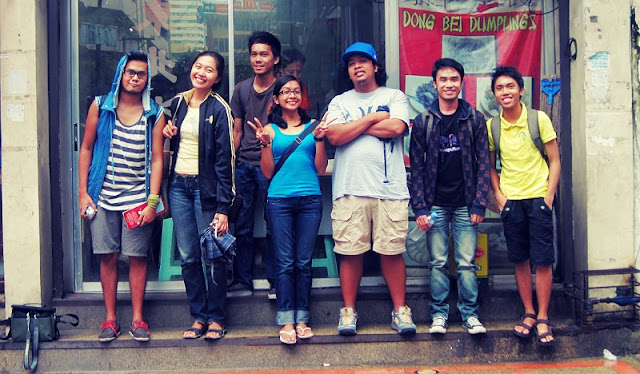 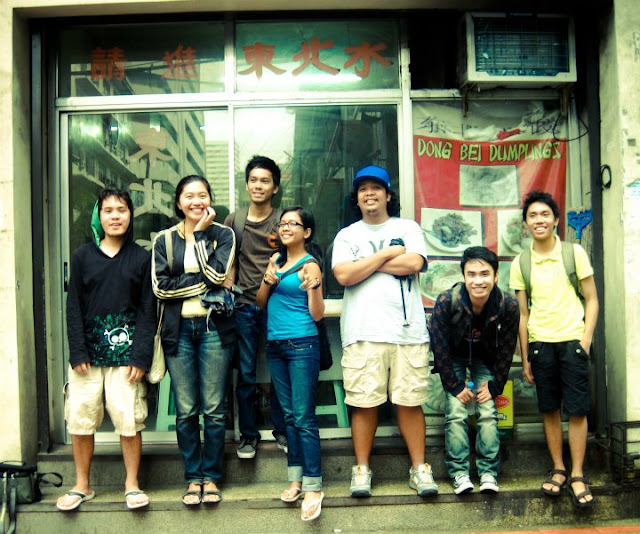 Situated across the Pasig river from Intramuros , Binondo is the district trade and center of businesses run by chinese people.

It is very interesting to find out that Binondo came from a filipino word binundok (mountain)  and was mentioned many times in Dr Jose Rizal’s Novels , Noli Me Tangere and El filibusterismo.

And even before the World War II , Binondo has been the main center and many esteros ( canals) were constructed  in the area. There are numbers of banks mostly in Escolta which used to be the Wall street Capital of the country. 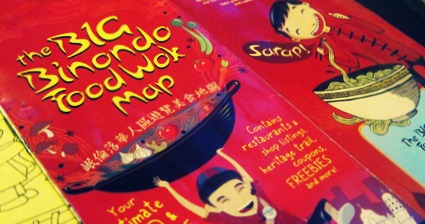 At last, I made it to the Pinoy Travel Blogger bagets Ultimate Food trip adventour. Thanks to the Food Wok map of Ivan Man Dy and Robbie of ThecreativeDork.com who organized and made this food trip  possible “kahit binagyo kami ni Bagyong Quiel”. 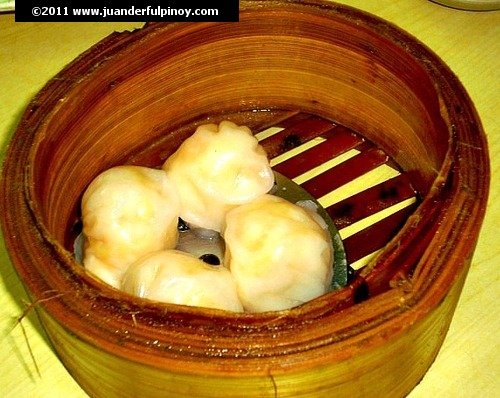 Along with our blogger friends , we made an agreement to meet at the Carriedo fountain at exactly 9 in the morning. I arrived late, a couple of minutes late  despite of leaving home so early. Anyway at exactly 10am if I am not mistaken we are all set for our gastronomic adventure at the Chinatown. 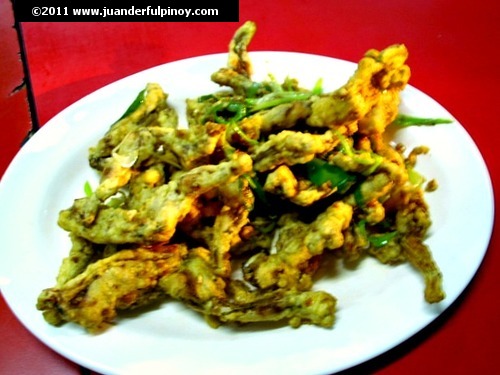 The first food establishment we visited was the Wai Ying Fast food. They serve real and great dimsum. I bet your stomach could not take it all . We Tried the Hakaw, shrimp dumplings (Php 55) in glutinous wrapper. You should eat this with soy sauce . We tried the Kutchai Dumplings which was made of pork and chives filling (Php55). Added to my food trip was their Lemon tea worth Php50. 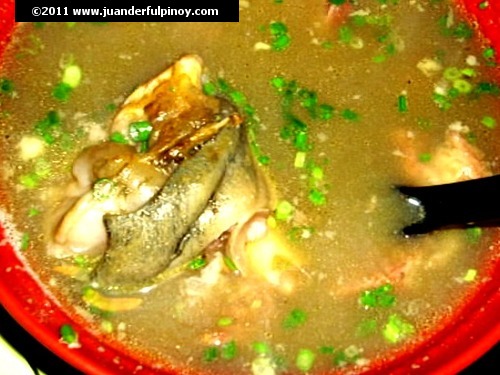 Wai Ying is along Benavidez Street near the Metropolitan Hospital. Now are you craving for dim sum? 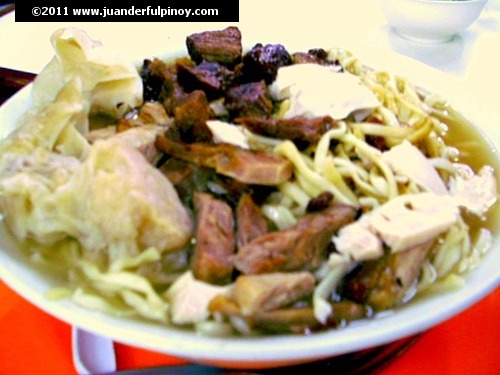 It was about to rain when we found ourselves inside the famous Masuki. Masuki is known as the famous Mami house in Chinatown. I was delighted to see the menu and we ordered Beef Wanton Noodles and the special Siopao Taipao. The siopao is my favorite. The roast pork filling was well cooked. Masuki looks very tidy . You have to check them out . Masuki can also be found along Benavidez street. Their contact number is (02) 244-0745. 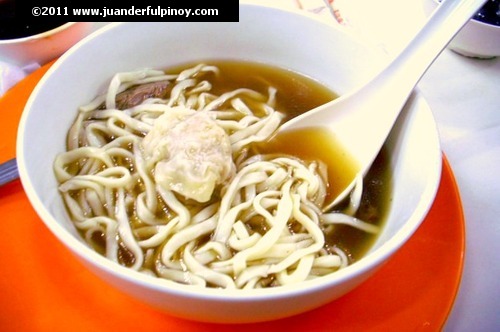 We should not miss the ever famous Dong Bei Dumplings which is known for the best Dumplings in town. The restaurant can be found along Nueva Street or Yuchengco street now. The entrance looks uninviting to me because maybe I did not recognize it as a restaurant , it looks like a small cafeteria with only 5 tables I guess and the other one in front is used for making dumplings. Dumplings being served are fresh  and i bet you will like it there. This is something  you shoud try to visit when you get to Binondo . 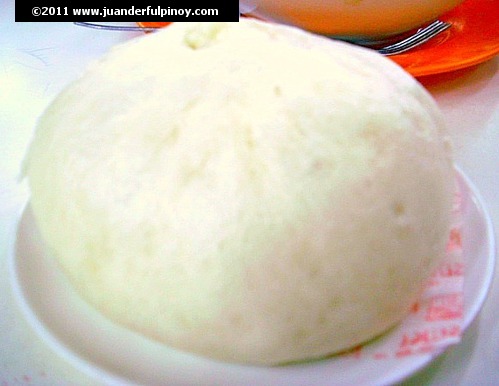 We tried assorted  dumplings . Fried and steamed and it’s definitely worth a try.

And now the rain was pouring hard. “Totoo nga , binabagyo na po kami” The sky was pouring with rain and I was certain the sun would never shine that day. We were so full but we are still on the look out and hunt for more food . So we decided to eat up at the Estero fast food. The word Estero is a Filipino word canal. Yes it sounds uninviting but I tell you what , this is not your ordinary estero.  The food is surprising. I am not a huge fan of an exotic food but i tried the Frog Legs. It tastes like a juicy and tasty chicken. I guess its way better than chicken. It was a great estero food experience. 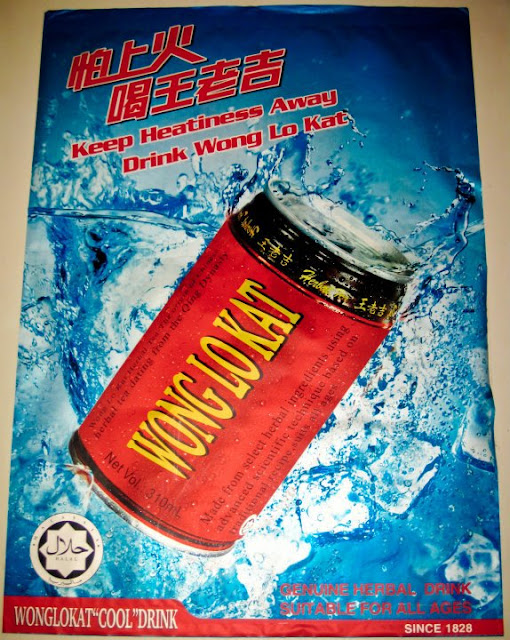 Keeping the Heatiness Away- Winner talaga!

And last but certainly not the least is the Cafe Mezzanine. Are you brave enough to try the infamous soup #5? This soup is made from a bull’s testicles. “OO nga Bull’s testicles. Makaya ninyo kaya kainin ang bull testicles? Haha I am not sure if you have the balls for it. But atleast you try.

An interesting fact about this restaurant is that when you look around , there are so many firefighting stuff like photos and memorabilia all over the place. Known as the well-known volunteer Firemen’s coffee shop. Cafe Mezzanine was established by a chinese immigrant who had passions in firefighting and photography. 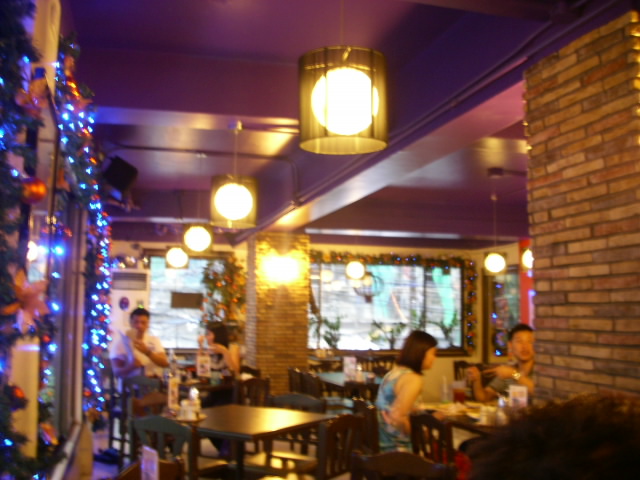 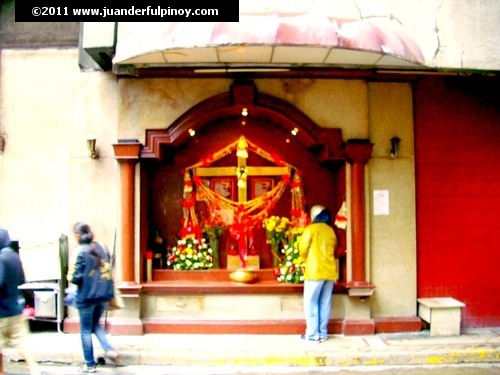 There are certainly a lot of places for a food adventure in chinatown in Old Manila. Its better to really  create your own itinerary. And/or the easiest way to explore Binondo is to join Ivan Man Dy of Binondo food Wok. Or take his map with you.

I did not put some of the prices , ANYWAY, TRUST ME, it WILL not cost you more than Php500 each ( share kami sa lahat ng kinain).

Our food adventour ended with an ultimate food and bonding experience.