THE HAUNTING AT THE DIPLOMAT HOTEL 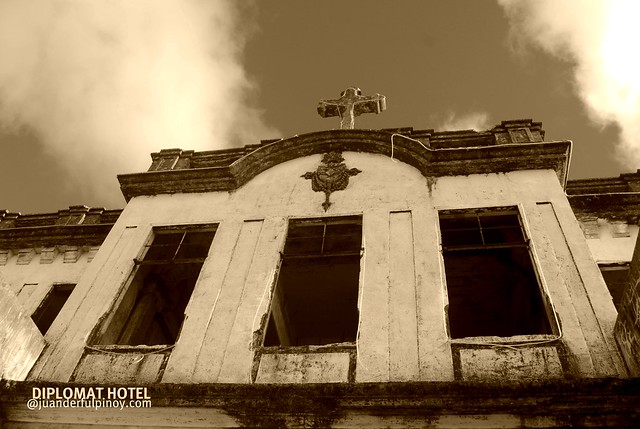 A couple of weeks ago, our group made it to what they say the haunted diplomat hotel in the City of Pines in the Island Philippines. The former Diplomat hotel stands on top of the Dominican Hill which used to be a seminary and a rest house back in 1911 until it was redeveloped into a hotel.
And during the World War II , there were people beheaded here. Name it , nuns and priests. Many have claimed they see headless apparitions or figures wandering around the haunted building. All places known to be a haunted places requires permission from the caretaker of the building or anyone in charge if you wish to visit and investigate.
Many claimed that the hotel is the most haunted place in the area. They say at night you can hear strange and eerie sounds. 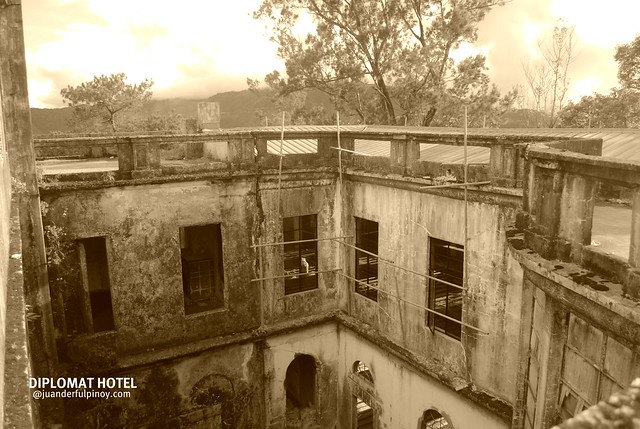 The hotel stopped its operation when the owner died in 1987. Since then, it was off-limits to any visitors. However, frightening and eerie sounds from the hotel and unexplained shaking within this area  can be heard by people living nearby. 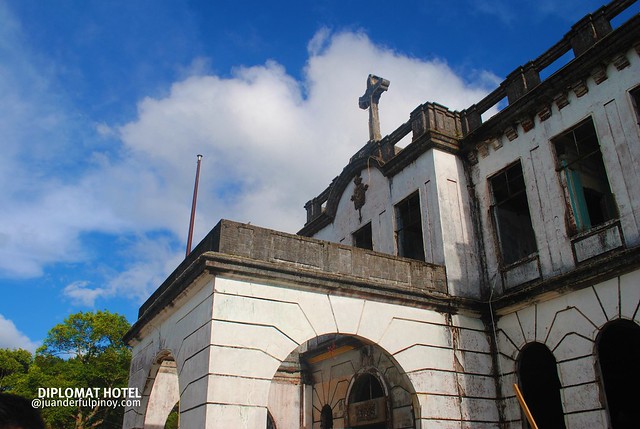 There were documentaries involved about the unexplained phenomena at the  Diplomat hotel . It is still very mysterious that a lot of people would like to see the remains of once a grandest hotel in Baguio City which used to have a fairly large suite rooms and elegant interiors.
More detailed post about Diplomat Hotel will come your way shortly.