You can say anything you want. But I am really having fun in the island Philippines. If you have a very cool insight about the Philippines , kindly shoot me an email.
I can say my entire life is extraordinary . I have had so many cool experiences in life like you . And those experiences have given me a different perspective in life that most of the people find incredible.
I love meeting new places and the people. I am very friendly and fun to be with. Others think I am the intellectual kind of guy so I have made a decision to portray that image and it does work for me (lol).

I like to read but I am not a book fanatic. Lately, I have been thinking of going everywhere. Looking at the maps to discover new places to go is a cool thing to do during my spare time. That’s when I came out with a post about my ultimately dream destination in addition to my greatest exploration in the Philippines. You see , I am a very ambitious traveler. 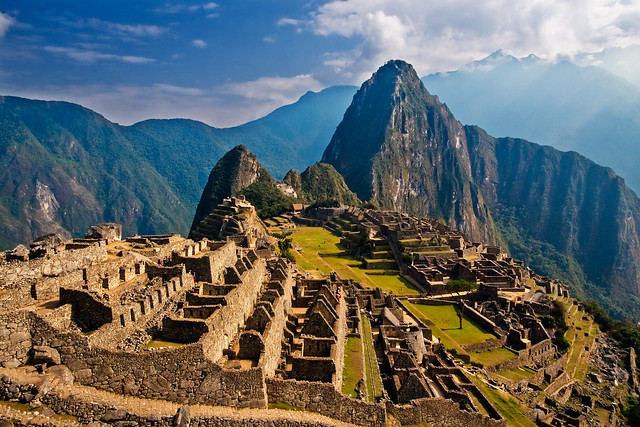 I would like to stand in the middle of a tropical mountain forest of Machu Picchu. This is such an incredible creation of the Inca Empire. Machu Picchu also provides a secure habitat for several endangered species, notably the spectacled bear, one of the most interesting species in the area.

Welcome to Cappadocia, Turkey. This is an old fortress cut into the rock itself, although time has taken its toll the true magnificence and weirdness of this remains!
Photo courtesy of: incognito_mod

Also known as the “door to hell” (we don’t know why…) this crater in Derweze, Turkmenistan was created by Soviet geologists in the early 1970’s. After the ground beneath the drillers collapsed into the huge crater above it was decided in their infinite wisdom to set fire to it in order to kill any toxic gases, it has been burning to this day!

The White Desert lies around 50km north of the Egyptian town of Farafa has become one of the region’s main tourist attractions. The chalk columns look like they were placed there by some form of higher power but were in fact created because of sandstorms in the area, this doesn’t stop The White Desert looking like something from a science fiction movie.
Photo courtesy of: deepblue66 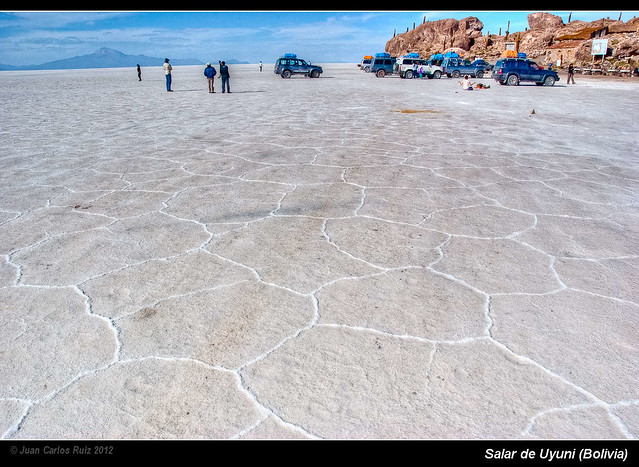 The Bolivian salt flat is the world’s largest. It is over 4,000 square miles. Standing on it is like a strange optical illusion, because it looks like ice. At high altitude, it also manages to be chilly while inflicting painful sunburns.

India, home of the step wall! (We’d never heard of one either) 20 metres deep this is one of the largest stepped walls in India with 13 flights of steps. We don’t care if it’s a hundred ft vertical climb with a bucket of water, it would be well worth it!

No stranger to controversy and debate, the Nazca desert is one of the most famous deserts in the world, mostly for the strange lines that litter its plains. Origin of these lines has been put down to ancient civilizations and even *ahem* aliens. Either way, these are too big and too weird not to be seen in your lifetime and deserve a mention on controversy alone! 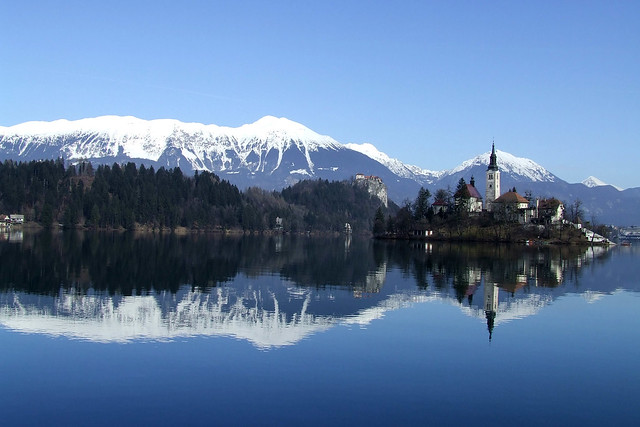 Bled is famous for the glacial Lake Bled, which makes it a top  tourist destination. A small island in the middle of the lake is home to the Assumption of Mary Pilgrimage Church; visitors frequently ring its bell for good luck.
One can get to the island on a traditional wooden row barge called Pletna. There are 99 steps up from the dock into the church.

These are just some of the places I dream of visiting someday. There are a lot more places to explore and a lot more than a hundreds of  reasons to dream . Ambitious isn’t it?
Well, we all dream . At least I hope most people are dreaming. I don’t mean dreams when you’re asleep. No those when you’re awake. Just dreaming about what you want, what you would like to be when you get older or somehow you get to accomplish things in life. Sometimes just very unrealistic like traveling around the world in 365 days. I am crossing my fingers but you will never know. Our future’s not ours to see.

This is an entry to the Pinoy Travel Blogger’s Blog Carnival for April with the theme ‘My ultimate dream destination  hosted by Robbie Bautista of the ‘The Travelling Dork‘.  Click the logo to read PTB’s previous Blog Carnivals .