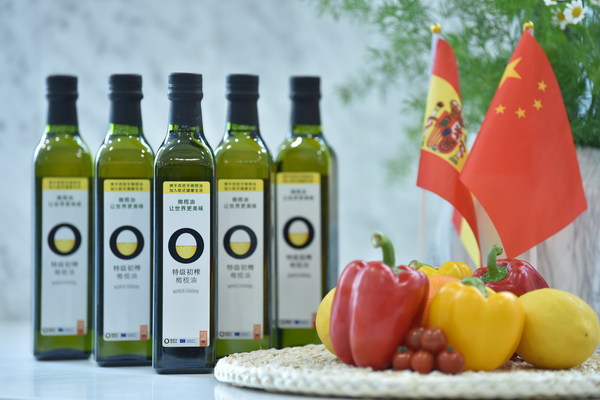 BEIJING, Dec. 23, 2020 /PRNewswire/ — In 2018, Olive Oils from Spain and the European Union have launched a three-year global campaign of “Olive Oil World Tour” in United States, Europe and Asia, aiming to promote the benefits of olive oil and make consumers to enjoy the European healthy lifestyle with Olive Oils from Spain. During the three years, successful results and impressive figures have been achieved in China. In a year such as 2020, when health has been the greatest concern of society worldwide, a greater awareness of the importance of nutrition means that more than ever, healthy products such as olive oil have a place in the Asian market.

The main focus has been to listen to the Chinese consumer and know how to meet their needs, showing them different uses of Olive Oil in their kitchen and presenting them the versatility of the product and its resistance, its different applications and modes of use. We have collaborated with important figures within the gastronomic world, such as chefs, nutritionists or renowned food influencers. The integration of European Olive Oils in the Chinese cuisine and the enhancement of its strict quality controls, tradition, versatility, health properties and sustainability have been one of the axes on which this campaign has revolved.

More than 10 billion impacts were achieved. Up to now, the official website has been visited by more than 697,000 times, the Social Media profiles have reached more than 76.5 million audiences. A tour that has reached the Chinese homes and has deployed great actions in the big cities of Shanghai, Beijing and Hong Kong and carried out different events and experiences with media, showcookings, product tasting, etc. Figures that will surely improve in the coming weeks, as the Olive Oil World Tour has made a huge effort to close this promotional initiative in style despite the difficulties caused by the health crisis that has been faced this year. Olive Oil World Tour will feature 234 digital screens at 4 major airports in 3 cities from this November to January.

In the first nine months of 2020, Spain exported 31,300 tons to China. Sales have continued to grow in this market, consolidating Spain as the main supplier of this ingredient. In fact, 8 out of 10 bottles of olive oil consumed in China come from Spain. The campaign has served to increase the demand for our oils in China with unusual force. In fact, if we compare sales in the first nine months of 2020 with those in the same period in 2017, just before the launch of this campaign, we can see that sales have increased by almost 70%.