THINGS TO DO IN DIPOLOG | FOOD AND WALK ADVENTURE

It was such a beautiful and an unexpected meetup with some of  the famous attractions in Dipolog City. I got so hooked with the beauty of San Jose Valley and Linabo Peak. These are just some of the attractions I wanted the  people to see. I was talking about lush vegetation and various trees. I simply call these places as gems of Dipolog City. Dipolog is just a small province which is I believe still unknown to many , a little paradise of Zamboanga Del Norte.

After taking a few moments to freshen up we left the hotel once again for another walk. We all wanted to explore the whole city as much as possible . And at the same time I want you guys to see the beauty and simplicity of the surrounding area. Believe me, I stopped every now and then just to shoot and take pictures but I wont write anything more about the subject as I am sure my pictures talk for themselves. 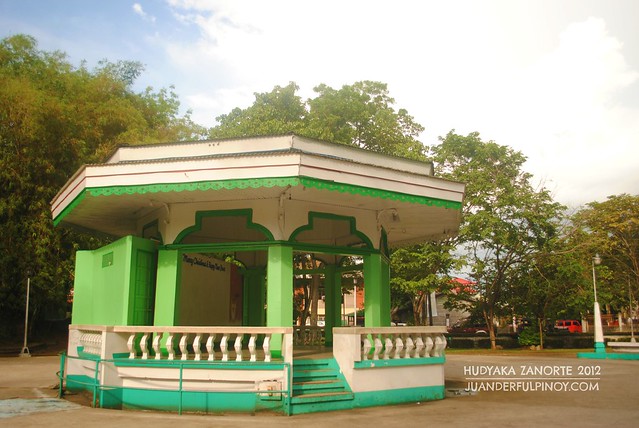 All of us agreed to meet Thirdy at the city plaza just accross the city hall. I breathed a sigh of relief as we proceeded to the main plaza where i saw kids playing around. I just thought they are wonderful kids.  For a couple of minutes , Thirdy arrived just on time  and cascaded what our plans for the rest of the day. I saw just in a glance how the whole city plaza looked . I also met a couple of kids who have been following us around until we reached the old cathedral of Dipolog . 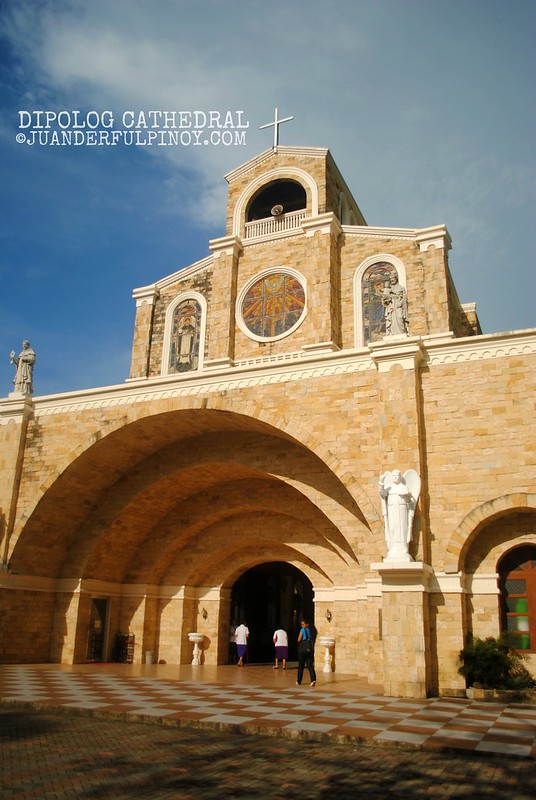 Our next destination was the Old cathedral of Dipolog. The church is truly a sight to behold. What makes it more interesting is that the interiors have been well preserved and the Altar was designed by the Philippine National Hero Dr. Jose Rizal during his exile in Dapitan. Again the church of Dipolog is certainly a great place you don’t want to miss. Old but looks so much younger than its real age. 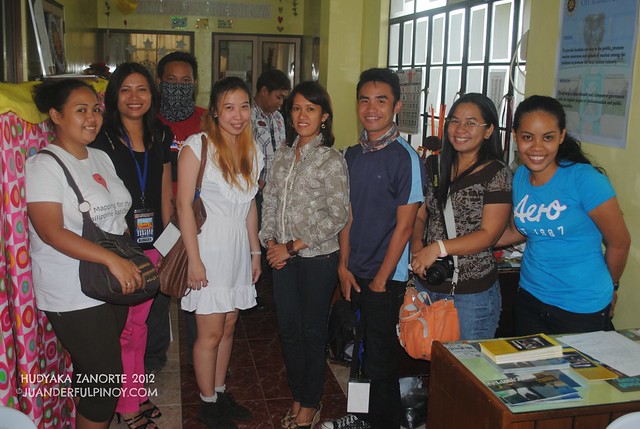 We did not waste our precious time. The group immediately proceeded to the city tourism office only to be welcomed by the friendly staff. Miss Cecile Bilog, the city tourism officer showed up and greeted us with a big smile and followed by a quick brief of their plans for the province . We also took time to introduce  ourselves to the local government unit of Dipolog  as they now embrace the power of social media through blogging . Our visit to the municipal office was not too long however we managed to have a little chitchat with them for a while. 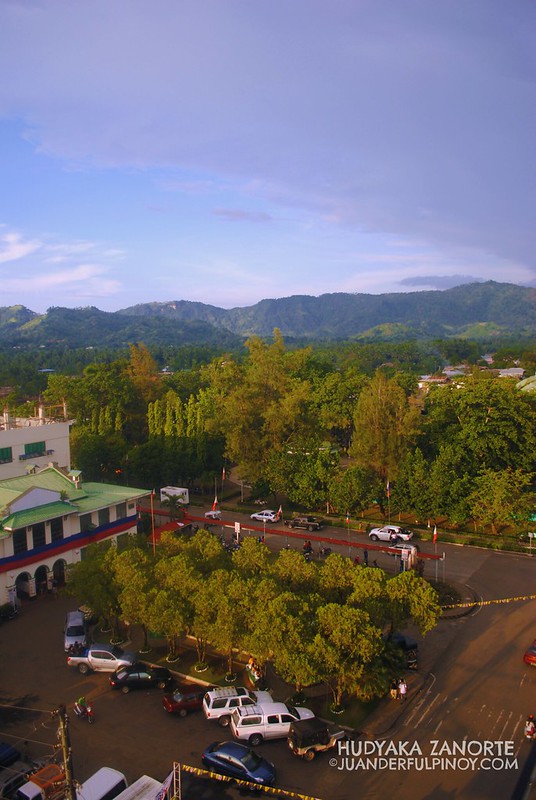 Next on our list was the tallest building in Dipolog City so far.The Rural Bank of Rizal Building. Don’t get me wrong, this is not as tall as PBCOM Tower in Makati City . We learned the humble beginnings of RBR building as some photographs of its construction and other opportunities of improvement can be seen in some parts of the building. The RBR building is perfectly standing in the heart of Dipolog . The RBR building is high enough to make a huge contribution to a busy streets and dense main town area but not very high to block the sunrise and sunset from the sky.

We met Dr. Gerald T. Concha and Atty. Dianne Concha , owners of Rural Bank of Rizal Inc. We also met other staff and friends at the Rural Bank of Rizal Building. Everyone gathered at the rooftop which I find more interesting. I  went crazy because it was a great spot overlooking the whole town. We also had a little chitchat about our profession, our jobs, where we live, what we do for a living, why we blog and where we had been. It was not a lousy as you can think of but it was  very spontaneous. It was not a bad conversation afterall . 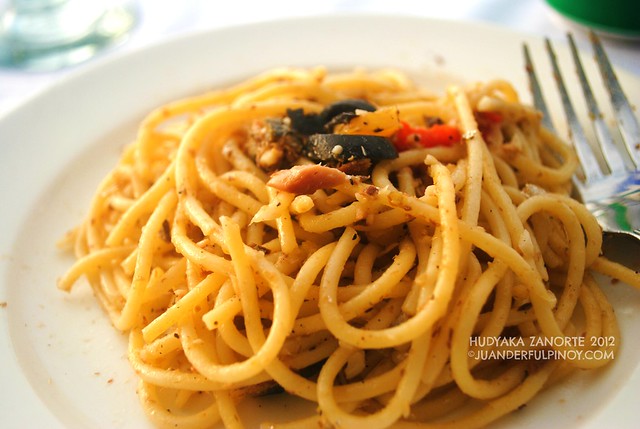 While I was looking at the view of the main town I did not realize they prepared a sardines pasta and wine for us ( Lasingan portion ito). The sardines pasta tasted very good and I firmly believe it’s something you must try when you are in Dipolog. The province is very well-known for sardines. If I was not ill that moment I would have liked to go on with Sardines pasta for the second round. Sardines Pasta is heavenly delicious. Whoever cooked it for us, you are the best! I can still imagine how it melts into my mouth. That particular scenario reminded me of guilty pleasures when I was still joyfully cooking in class. 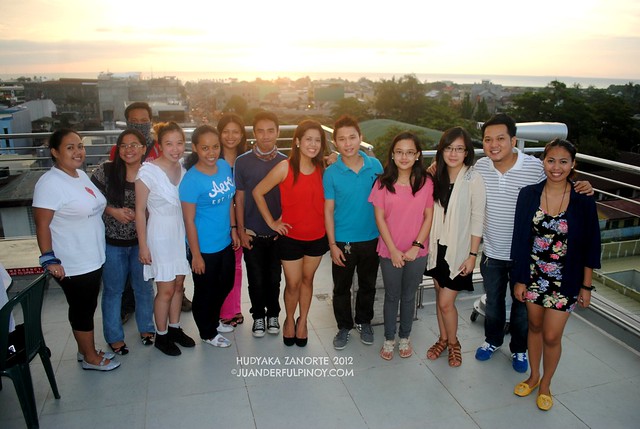 The warm shadows of sunset stains the rim of Dipolog Sky. We have waited for the sunset to come out. 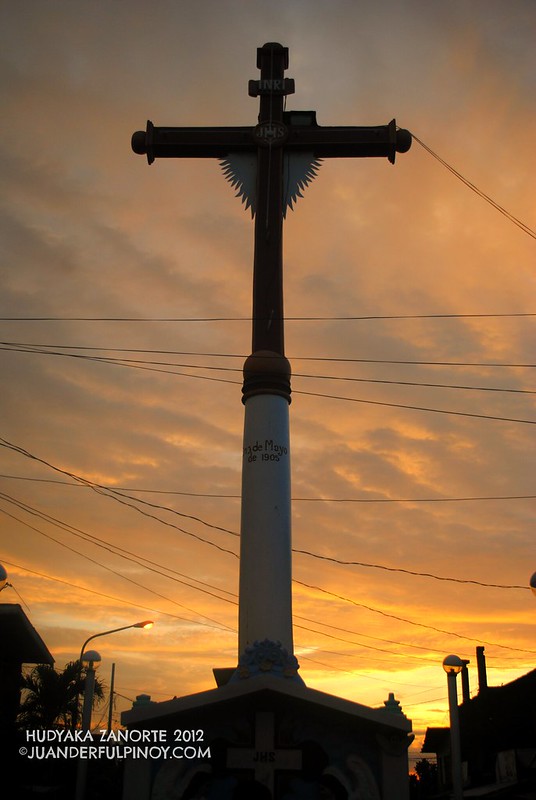 Another historic landmark in Dipolog. This cross was planted by Boholano settlers when they first set foot in the province of Dipolog on the 3rd of May , 1905. This cross marker plays an important role in the lives of Dipolognon. The huge cross is facing the sea just a minute away from the Dipolog Boulevard.

It was a long tiring day but a fruitful day I must say. And speaking of fruitful , we were able to discover some of the interesting landmarks in the city . Tiring but a lot of memorable things happened .

I was starving. What’s for Dinner? Not sure? Well we have come to the right place.

I would like to thank the following:
Dr. Gerald Concha PHD.
Atty. Dianne Concha
Rural Bank of Rizal Inc.
www.rbrizal.com