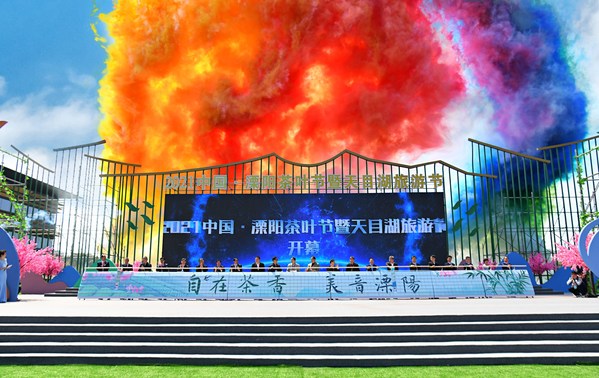 LIYANG, China, April 16, 2021 /PRNewswire/ — China Liyang Tea Festival and Tianmu Lake Tourism Festival simultaneously kicked off in Liyang, a city in Jiangsu Province in Southeast China on April 10, marking the 30th year since the tea culture was first celebrated in 1991. Celebrations will run for a month, all themed around the "Year of Ecological Quality Consolidation and Improvement", and to highlight the wonderful vitality, leisure and entertainment of Liyang, a series of tea-related activities will be held focusing on culture, tourism, technology, economy and trade as well as publicity and promotion. The opening ceremony was also innovatively broadcast live across multiple online channels. 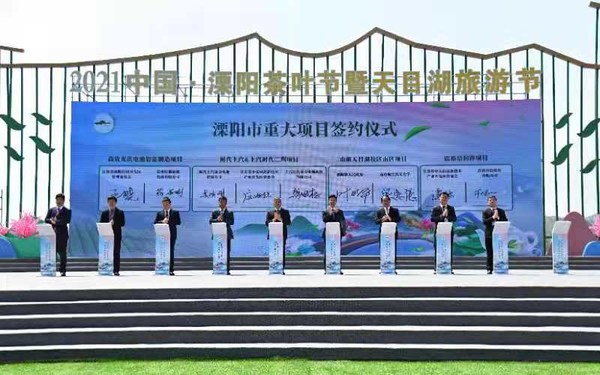 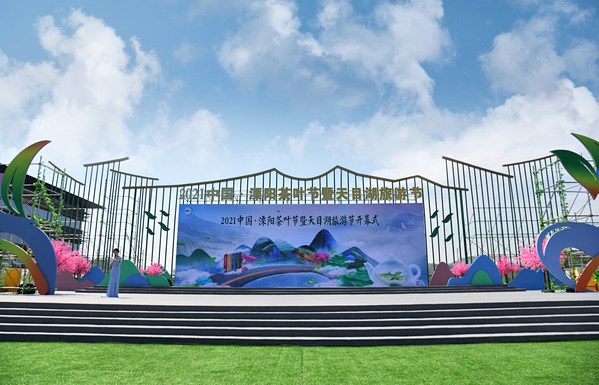 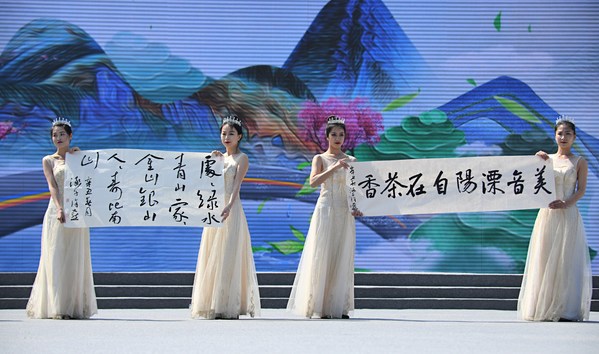 "Over the past 30 years, Liyang has undergone enormous changes both socially and economically. Built from the ground up, the tea industry has developed from simply planting trees to the current configuration complete with offshoot industries such as culture and tourism. Tea sales has evolved from small-scale domestic selling to larger-scale overseas exports. We are confident that by holding the dual-festival, it will serve as a driving force for the City of Liyang to attract more investment, and continue to act as an international calling card for the city’s modern ecological innovation." said Mr. Xu Huaqin, secretary of the Liyang Municipal Party Committee.

At the launch ceremony, Mr. Noriaki Yamada, mayor of Hakusan, Liyang’s sister city in Ishikawa Prefecture in Japan, congratulated everyone on the grand opening of the dual-festival via satellite video. Guests at the ceremony enjoyed a viewing on a large screen of a traditional taiko (a Japanese drum) performance given by the citizens of Hakusan. By the end of 2020, Liyang had established solid sister-city relations with no less than nine cities across the world, including Hakusan,Chatham-Kent in Canada, Leeuwarden in the Netherlands, and Fulda in Germany with the number of cities growing all the time.

As part of the ceremony, awards and titles presented to Liyang included, China’s Most Beautiful Tourist City and National Research and Travel Demonstration Area and special plaques were delivered to outstanding star-rated tea houses in Liyang. Also featuring at the event, 18 projects from both domestic and foreign enterprises across multiple industries signed contracts with the city government of Liyang for a total investment of 42.32 billion yuan, proving the city’s massive potential in economic and social development.

With the dual-festival running all the way through the Labor Day (May Day) holidays to May 10, according to the organizer, there are thirteen more activities catering for all tastes that visitors can choose from including but not limited to, white tea leaf picking, a fishing carnival, a marathon that meanders through the surrounding scenic areas, and a traditional Han Chinese clothing cultural festival will all be held in succession to keep visitors invigorated and entertained.

Given the international situation of the pandemic is still quite precarious, most of the dual-festival activities are being conducted both online and offline.

Located in the hilly area of the Yangtze River Delta, the superior geographical conditions and climate of Liyang provides a suitable environment for tea tree growth. Since the early 1990s, the production chain of tea planting, picking and roasting has developed rapidly, serving as a major industry in agriculture in Liyang.

First celebrated in 1991, Liyang Tea Festival has gone through 30 years with new content ideas being continuously brought in. Under the premise of environmental protection, the City of Liyang has accelerated the development of tea industry, ecological agriculture and tourism to boost the growth of the social economy.