Puerto Princesa is now famous for being the Eco-Tourism Capital of the Philippines. With its massive increase in the number of visitors every year, many establishments like hotels offering cheap hotel deals, cheap accommodations or lowest hotel rates. Some of establishments boast a range of special offers, savings and exclusive deals which feature a selection of 4 star, 5 star and luxury experience throughout the whole season to cater to an increasing quantity of local and foreign tourists. Noticeably, there are also an upscale selection of restaurants, family shopping centers, bars and other tourism related businesses.

There are plenty of cheap flights available courtesy of the Philippines low cost airline companies. You can actually get the best deal of cheap flight tickets or discount flights to any destinations through out the county. But before you find cheap deal online, you might want to read the list of places to visit and things to do in Puerto Princesa. 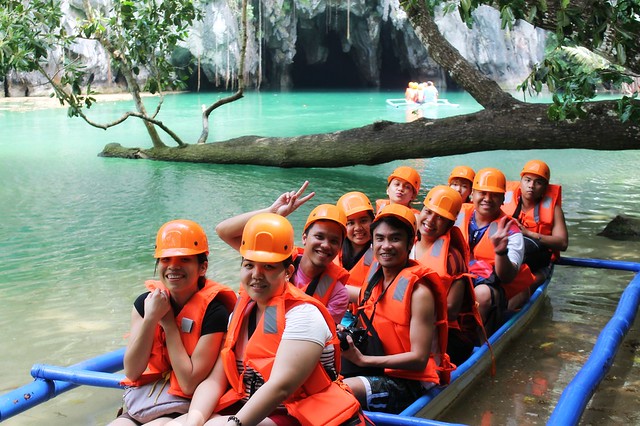 Before you head to El, Nido for gorgeous beaches, this is the place you should not forget. Be acquainted with the natural wonders of river and caves. Puerto Princesa Subterranean River National Park or the Puerto Princesa Underground River boasts an Underground River Cave – which is  more than 24 km long cave containing an 8.2-kilometer-long underground section of Cabayugan River.  It can be navigated with a boat up to 4 kilometers from the sea. Stalactites and stalagmites can be seen everywhere including several large chambers, the 360-meter-long Italian’s Chamber with approximate 2.5 million square meters in volume. This is one of the largest cave rooms in the world. The park has a limestone mountain landscape with lots of monkeys, snakes, lizards and other wild animals. Puerto Princesa underground river is an amazing natural wonder in our world. 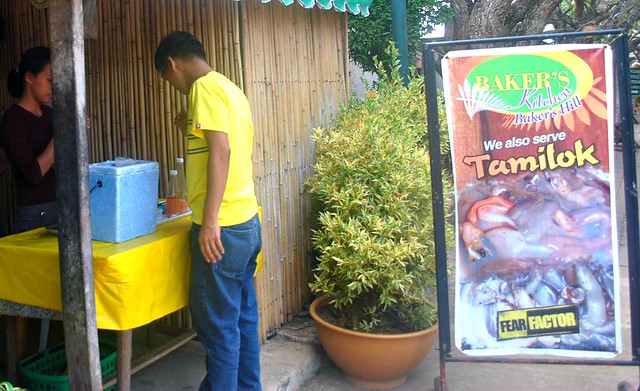 FEAR FACTOR [TAMILOK]: Every now and then you have to give in to your food cravings. If you’re a sucker for oysters then I strongly recommend you try these elusive tamilok of Puerto Princesa. This local delicacy can be sold anywhere in restaurants or public markets. If you’re up for a fear factor challenge or strong enough to try new experiences then explore the local Tamilok food experience.

The tamilok, a wood worm which can be found in the barks of mangroves. One can dip it in vinegar and it tastes like oyster. Tamilok is a popular local delicacy in Palawan. It looks like a worm, a mollusk found inside rotting mangroves.

SMART TIP: For a neophyte like me, tamilok doesn’t really look like appetizing at all. Locals say it’s an alternative dish for pulutan (dish consumed while drinking). I believe for first timers like me, one must need about a couple of minutes and some provocation from friends before you eat that dish. 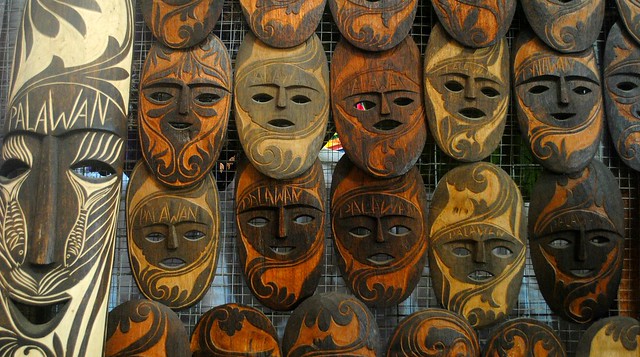 SHOPPING IS MORE FUN: There are areas where one can choose from a selection of stalls selling souvenir and “pasalubong” items.Do not forget to buy souvenir from Puerto Princesa. Various items are sold in their public markets and souvenir shops. Dried fish, cashew nuts, big bottle of cashew wine, containers of Spicy Dilis, some white pearls, personalized keychains, ref magnets, tshirts and a lot more interesting items. 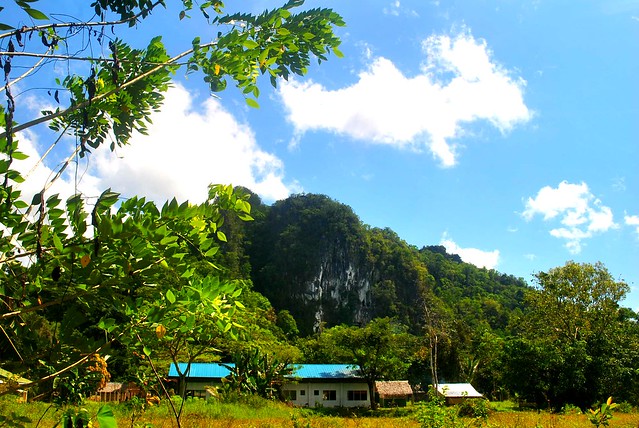 UGONG ROCK EXPERIENCE: Ugong Rock seems to be one of the interesting places for adventure seekers alike. Ugong rock is a limestone rock formation sitting at Baranggay Tagabinet and stands about 75 feet high which is about an hour or  two from Puerto Princessa city center. It is the way to the Underground River jump off point so it’s highly recommended to explore in the morning while waiting for your turn for the Underground River tour. 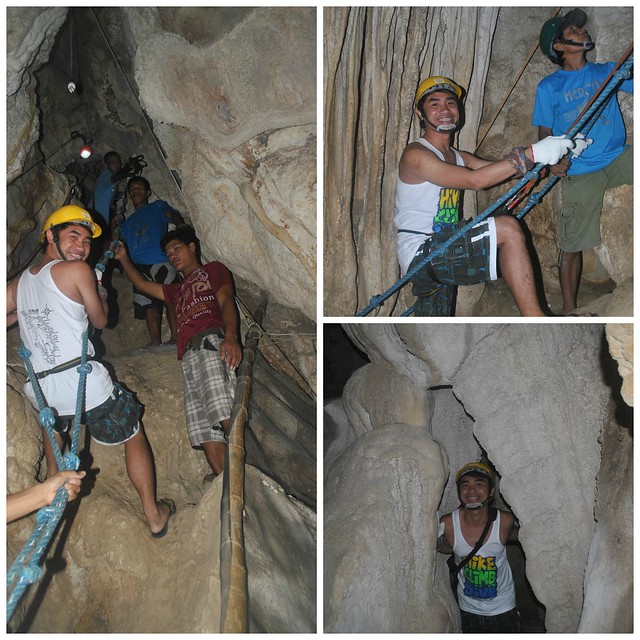 SPELUNKING/CAVING is a sport in which people explore caves. This caving experience in Palawan reminds me of an exhilarating journey to the deep, dark depths of Lumiang and Sumaguing caves in Sagada. Spelunking at Ugong Rock Adventure is certainly one of the recommended activities in Puerto Princesa. The highlight of this activity is to go spelunking until one reaches the highest part or the peak of the mountain and a zip line experience after. One can get to learn something about the limestone formations which gives participants a better understanding about cave explorations. 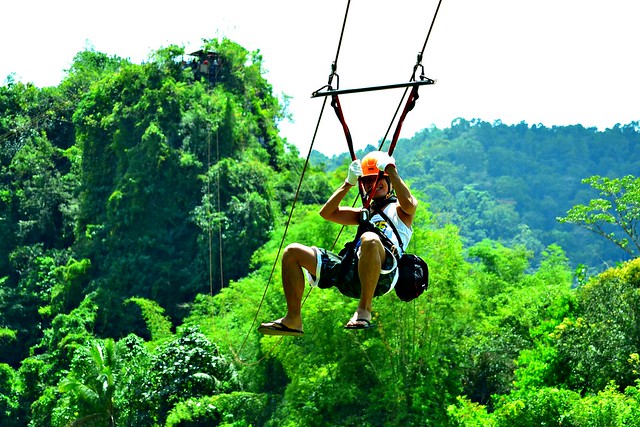 I am all set for the zip line from the Mountain top of Ugong Rock below the rice fields YEY! The best part of Ugong Rock caving is reaching the top of the cave and zipping down at the high and fast speed. Would definitely try this again next time. “Look Mom I am flying” I was screaming like a baby and I thought its worth the money and experience too. 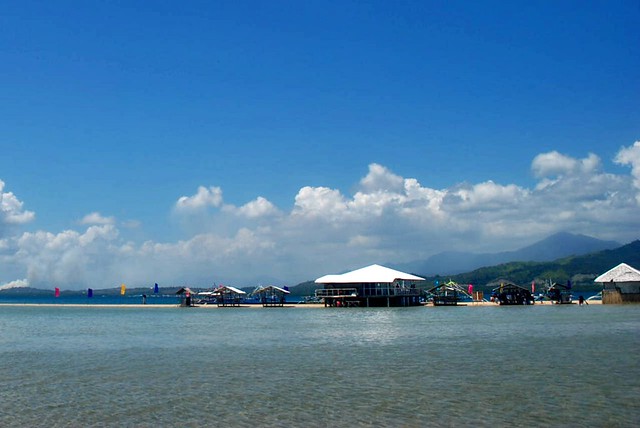 HONDA/HUNDA BAY ISLAND HOPPING: Most of the hotels in Palawan are tied up with Tourism accredited tour operators. Honda Bay Island Hopping consists of Pambato Reef, Pandan and other gorgeous Islands in Puerto Princesa, Palawan.

WHAT TO EXPECT: Pambato Reef, Pandan island, and other islands.
Pambato Reef: Pambato Reef is a marine sanctuary where one will see gigantic clams, various coral types and group of fishes.
Pandan island: Dubbed as the whitest and finest beach through out Honda Bay.

Take pictures.
Protect your camera.
Snorkelling gears and equipments can be rented.
Protect your skin by applying a sunblock.
Joining small group tours can save you money and make some friends at the same time.
Ask your hotel frontdesk for tour guide services. 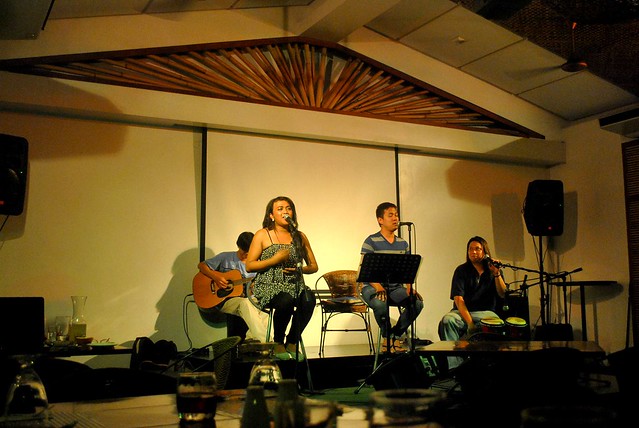 MUSIC, FOOD AND ENTERTAINMENT AT SALO BAR:  Salo, a local resto-bar situated besides the Legend hotel, provides food and entertainment experience to its guests. There’s always something happening at The Salo Bar  featuring live music, live bands & entertainment. Spend your night in Puerto Princesa to a fun filled dinner with music-slash-videoke session at Salo Bar and Restaurant. Mars Parao is the regular singer who performs modern and not so modern requested songs to bring us closer to today’s genre of music. 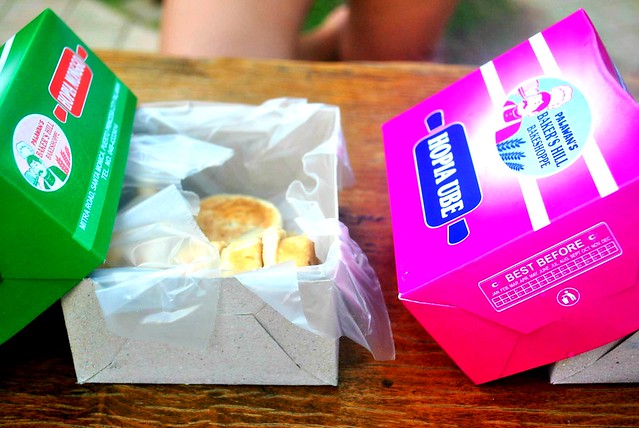 BAKERS HILL:  Hopia is a tasty and flaky pastry originated from the early Chinese immigrants in our culture. If you’re a sucker for Hopia then Bakers Hill is a perfect place to get delicious and reasonable souvenir or pasalubong item. It has also a playground for the kids and for kids at heart. Other must try experience would be the oven-baked pizza and other baked goodies. 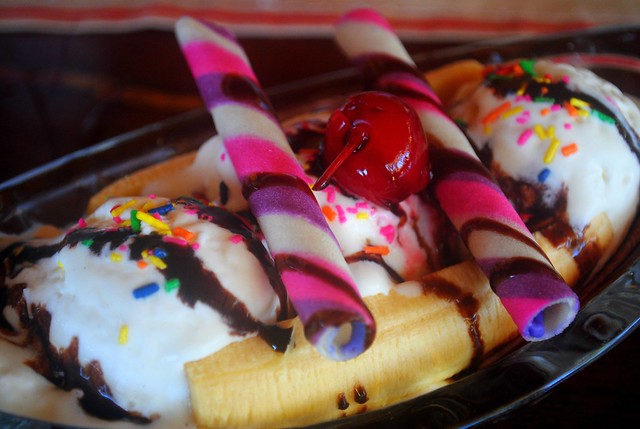 CHICKEN INATO: One of Puerto Princesa’s recommended restaurants is “Chicken Inato”. Inatô translates as “Chicken natin ‘to” or “This is our Chicken” but aside from the main menu their dessert is superb. I can still imagine those cream-filled cakes and fruit-topped tarts to sky-high strawberry pie and sprinkled with chocolate fudge and candies. 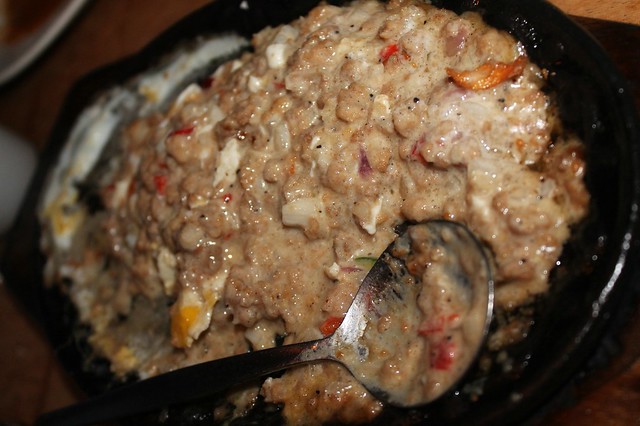 Puerto Princesa is also well known for its Crocodile Farm and Nature Park. Kinabuch Bar and Grill is a restaurant in Puerto Princesa offers remarkable dining experience with beautiful ambiance and great choices of Pinoy cuisines. If you happen to be in Palawan, one must try the crocodile sisig. It is the perfect pulutan (dish consumed while drinking) or finger food which can be paired with an ice-cold beer. Kinabuch bar and grill has a multiple television channels with big projector which allows guests to watch but that didn’t really entertain much unless you’re bored. The Crocodile Sisig was so delicious with an interesting texture. It’s a little bit oily though however the combination of sweet and salty flavor makes it tasty and flavorful.

HOW TO GET TO PUERTO PRINCESA:

Via Air
From/To Manila
Airlines from Manila to Puerto Princesa takes approximately an hour and fly on a daily basis via Air Philippines, Cebu Pacific, Zest Airways and Philippine Airlines.

Getting Around PUERTO PRINCESA
If you want to explore the city of Puerto Princesa, tricycles can be rented and easily available at a normal fare. Multicabs and jeepneys have routes around the city. Car/van rental services ideally is recommended and can be availed when traveling to various landmarks in Puerto Princesa. Large group tours can also be arranged through a travel agency or a tourist transport operator or with the help of your hotel/resort.