I should blame it on the dancing fountain at the Rizal Park which I watched together with people from the road trippers. It keeps on playing in my head for days now.

But in a few more hours, I will be hitting the road again. I will be off to Sagada with a new batch of unfamiliar faces so just to give you a break, I am going to leave you with a short video clip of the dancing fountain at the Rizal Park and share you my recent discovery of Cafe Lupe at the Park.

There’s no question that Rizal Park (formerly known as the Luneta Park) will forever be Manila’s favorite landmark no matter what other people say about the place. 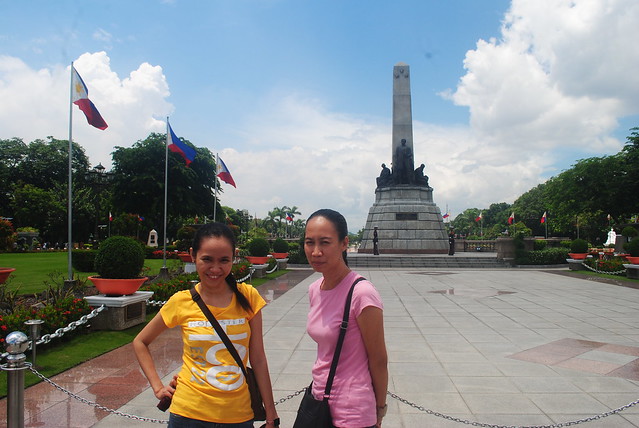 Nestled in the heart of Rizal Park and sitting beside the large lagoon with fountain that was deserted for a while, Rizal Park has been finally reborn.  It is currently alive and transformed into a wonderful and colorful laser light show dancing fountain at night. And the great thing about it, anyone can simply drop by, enjoy the beat of the music and watch the show for free. 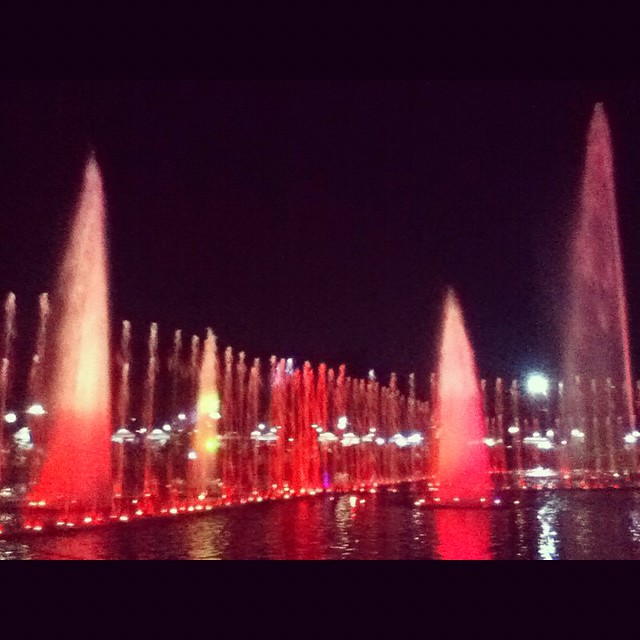 Be amused with the unique spectacle of fire, music and colors. I bet you will be love at first sight and all of your senses will surely come out. Based on what I’ve experienced, there were various selections of music from the performances and compositions of famous musicians and other soundtracks of life.

Performances usually happen in the evening . And just in front of the dancing fountain is Cafe Lupe, others simply call it Cafe Lupe at the park. It was my first visit and I heard a few  great feedback about the establishment in Antipolo and now added a branch in Manila. Although, it’s relatively new, the atmosphere was inviting, warm and pleasant when we got there. Service was excellent too. 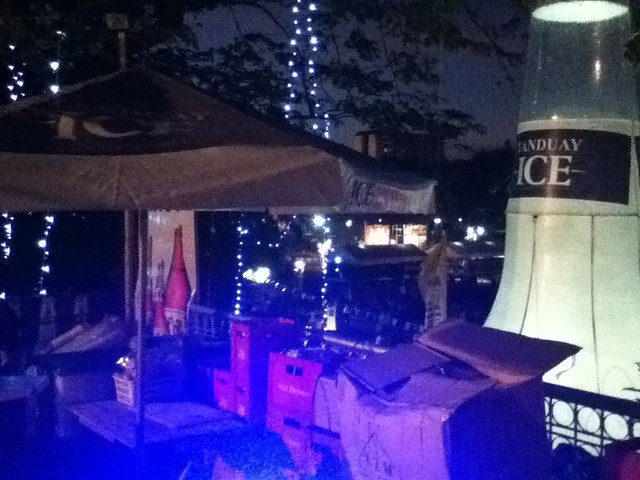 Cafe Lupe offers drinks and food located inside a man-made cave where one can have an intimate and relaxing view of the dancing fountain at the second floor.

For a new customer, it was certainly an Ok experience. Staff were pleasantly greeted us when we arrived. Tables and chairs were up for grabs. Orders were served in a timely fashion and needless to say their BBQ was delicious. We were the first few people who arrived and it was roughly 7pm when our group started occupying the Videoke machine. Later did I realize the crowd was checking out what was going on at the second floor upon hearing the noise we created. Others were surprised to learn that  a new place has started kicking up too much of a fuss this holiday season too. 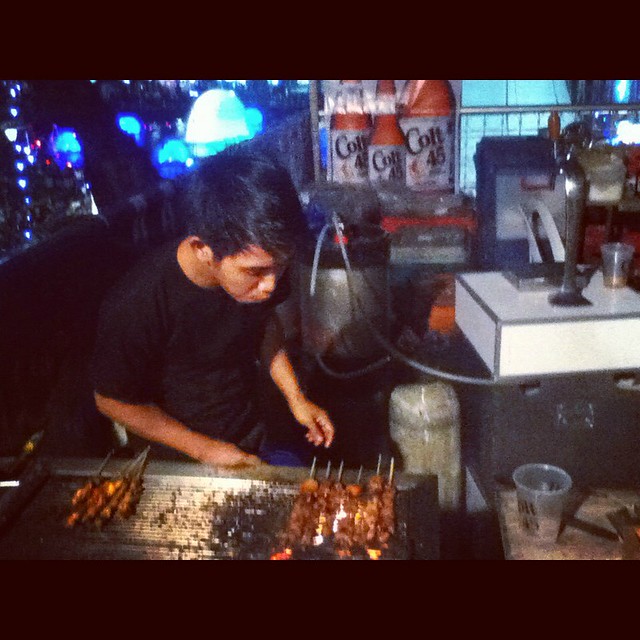 As I said earlier, they just started a few weeks ago and their food choices were also limited but I would strongly suggest giving this place a try. They generously serve dishes and that’s an awesome part isn’t it? I enjoyed our BBQ party/mini Christmas party/get together/reunion. I guess I was just too spoiled on incredibly flavorful BBQ fresh from Cafe Lupe.

Cafe Lupe extended their branch at the Luneta Park which is also  known restaurant  in Antipolo City near Sumulong Highway that offers Mexican and Ilonggo dishes – a cuisine with a genuine taste of Pinoy.

Cafe Lupe at the Park  is located at the heart of Rizal Park or Luneta Park near the relief map just  in front of the Dancing Fountain inside a man-made Cave.

Now whether you’re looking for a casual dining experience with family or friends, there’s a new place at the Rizal Park, a historical urban park adjacent to the old walled city of Manila. So come on down to Rizal Park and savor life at The Cafe Lupe at the Park. You’ll always be welcome there.

Full Disclosure: Thanks to Cafe Lupe and Asia Brewery for inviting us for dinner. I am so thankful for your delicious treats and hopefully, we can partner with you folks again in the future events or projects.