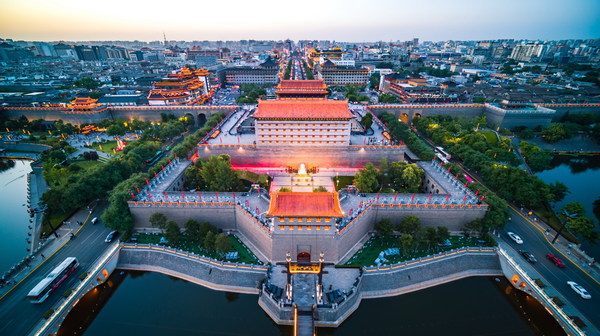 XI’AN, China, Oct. 16, 2020 /PRNewswire/ — Domestic tourism in China saw a robust rebound over the just-ended Golden Week holiday. In particular, tourism was booming again in Xi’an, the ancient capital. According to the data released by the Xi’an Municipal People’s Government on October 10, during the Mid-Autumn Festival and National Day holiday this year, Xi’an received 14.7481 million tourists and recorded tourism revenue of 11.14 billion yuan. From a horizontal comparison of Chinese cities in terms of the number of tourists received, Xi’an made the second rank of the top ten popular tourist destinations in China.

This year’s National Day holiday is the first Golden Week since China has returned to normalcy with the epidemic prevention and control. The 8-day holiday initially drove people to travel, contributing to gradual recovery of the transportation sector, such as travel via airlines, railways and automobiles. Such strong travel demand led to a significant recovery in holiday tourism.

Due to the global epidemic, people mostly chose domestic tourist destinations, but still the recovery of China’s tourism market has sent a "positive signal" to the world. To visit Xi’an has become a shared expectation of people from many other countries. "Xi’an is one of China’s most famous and fascinating cities, its very name conjuring up images of enigmatic terracotta warriors and exotic Silk Road caravans." On the occasion of the National Day holiday in China, the world renowned news agency Reuters published a special issue on its website to promote the image of Xi’an, presenting how "Ancient and Modern Collide" in the spellbinding ancient capital Xi’an from multiple angles.

In the special issue, Reuters showed the world the charm and vitality of Xi’an through 10 impressive articles with highlights on its history, culture, nature, sports, scholarship, music, gourmet, technology, and urban development. Xi’an has produced a number of "web celebrity attractions" receiving "Likes" from netizens at home and abroad for the most profound cultural elements and the open, modern and stylish characters.

"Millennium Ancient Capital of Chang’an" With its new tourism brand, this vibrant and historic city has sent its invitations to the world, waiting for more people from all over the world to discover its beauty and hear its story.